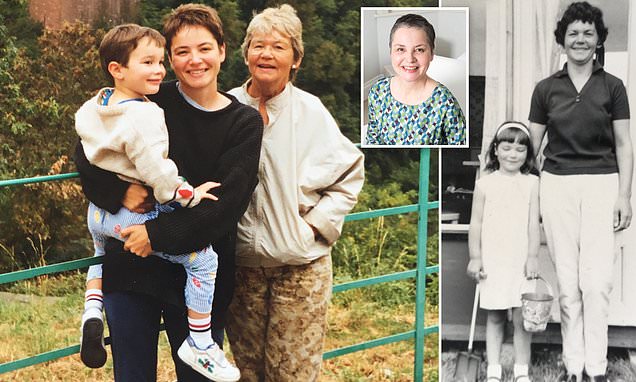 There’s no more magical memory than your mum’s favourite music: Daughter reveals how musical bond became a lifeline after her mother’s Alzheimer’s diagnosis

One of my first memories is of having measles when I was four.

I was so unwell I slept in my parents’ bed until the fever broke, Dad relegated to the settee while Mum lay awake, checking my temperature, stroking my hair and singing: ‘You are my sunshine, my only sunshine, you make me happy when skies are grey.’

Whenever mum sang, I knew everything was going to be OK.

Twenty-five years later, I sang the same song to my son as he lay in a hospital cot with suspected meningitis, with my mother humming the melody quietly beside me as we waited anxiously for the test results.

Mum loved to sing, — pop songs, hymns or just invented ditties about what we were going to have for tea. She couldn’t hit a note, but her joy in music was something we shared, a language we both understood. 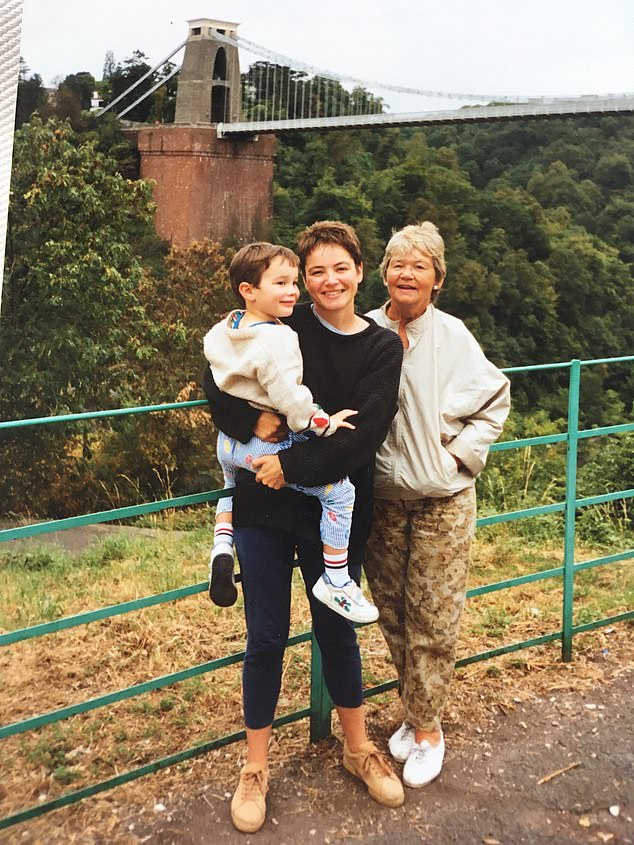 Max Riddington, pictured with her son and mother in 1990, said how her musical bond with her mother became a lifeline after she was diagnosed with Alzheimer’s in 2002

Years later, when she was diagnosed with Alzheimer’s, this bond became our lifeline — a strange connection whose power I recalled, vividly, when I watched the recent BBC1 show Our Dementia Choir with Vicky McClure.

Dad was a council worker and Mum a shop assistant, so there wasn’t a lot of money or books at home, but we did have music. It came from a radio (always Radio 2) and from Saturday nights at the working men’s club.

Music guided Mum though some rough days. Her older sister, Barbara, was a schizophrenic at a time when mental health was rarely discussed. But Mum always took care of her. On her day off, she’d go round to Barbara’s flat to clean and make sure everything was OK. In the school holidays, I would tag along.

As a child, I didn’t understand my aunt’s moods, and Mum, sensing my reticence, would sing Onward Christian Soldiers as we marched vigorously in step to our destination. I’d soon get lost in the rhythm and my fears would fade. 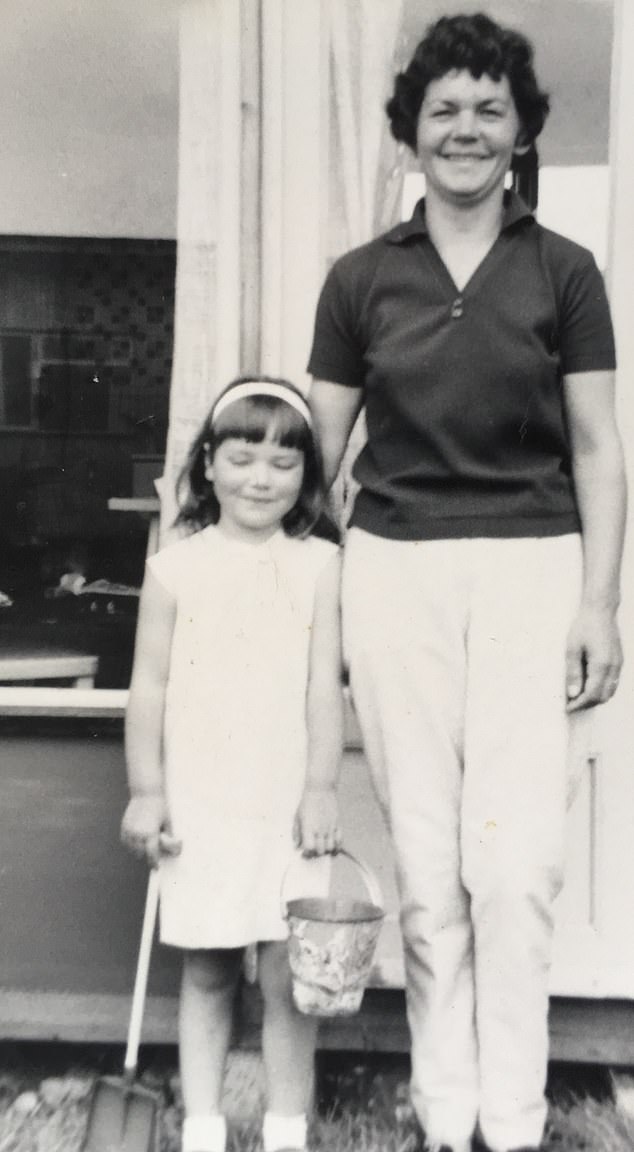 When she was growing up Max’s mother, pictured together, would always sing songs to her

Mum had a special tin at the back of the cupboard where she kept her ‘rainy day’ money. Every Friday — pay day — before she took off her coat, she would head for the cupboard and put whatever money she could inside.

One summer’s day just before her 50th birthday, Mum summoned Dad and me into the lounge. ‘I’ve got something to tell you,’ she said.

There was a new love in Mum’s life: a handsome, sleek radiogram she had secretly been saving for.

Each time she used it, she would lift the lid with a magician’s flourish to reveal the turntable and radio, as if for the first time.

She even joined the library in the city centre, a bus ride away, after discovering you could borrow records there. 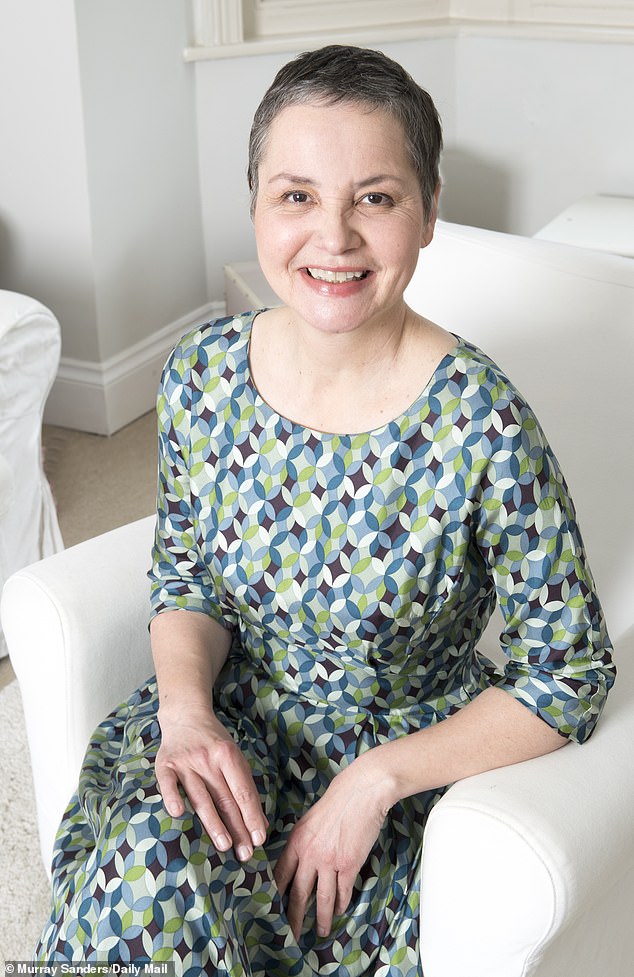 Ella Fitzgerald and Frank Sinatra were regular visitors in our house, along with Glenn Miller, a favourite from her youth. Mum would kick off her slippers and teach me to jive: her skirt billowing, me dizzy with excitement.

Years later, we played Glenn Miller at my father’s funeral. He died suddenly from cancer, only a few months after Mum was diagnosed with Alzheimer’s. They had been married almost 60 years and she was in shock, unable to process what had happened and constantly asking where he was.

As Glenn Miller’s In The Mood filled the church, Mum started singing along, a smile on her face as she remembered the 18-year-old young man she had met at the Palais de Dance in Leicester when she was just 16.

I found my first love at 16, too. He was a student at Bristol University and we met on a family trip to the Norfolk Broads.

Mum always described my boyfriend as a holiday romance until a flat, square parcel arrived on Valentine’s Day. Mum joked: ‘That’s a funny bunch of flowers,’ while I unwrapped Roberta Flack’s record, The First Time Ever I Saw Your Face.

We listened to the song together, her eyes filling with tears. 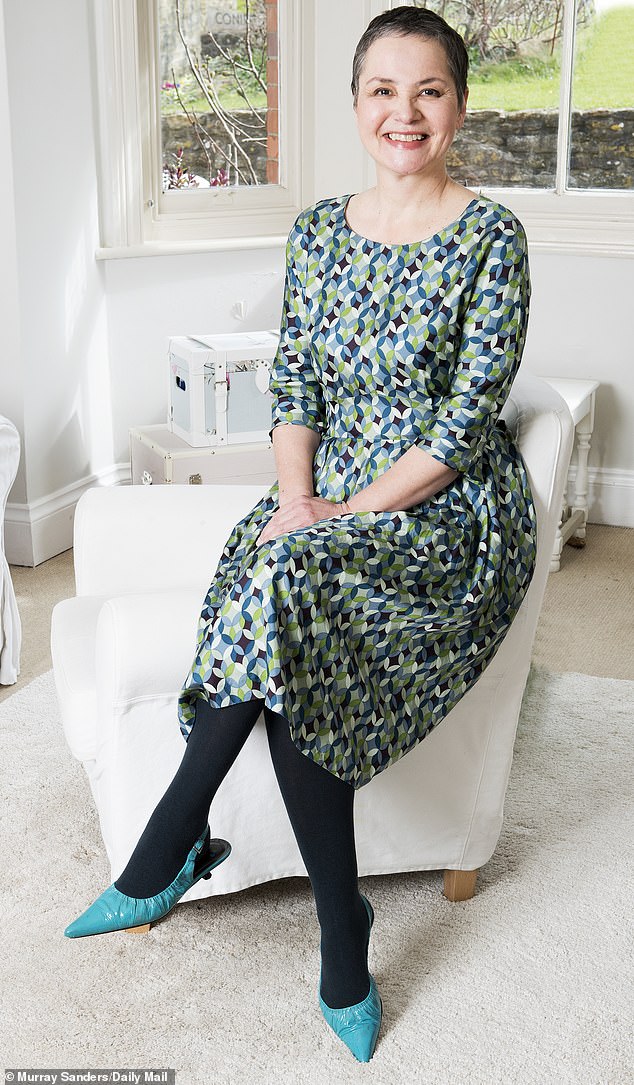 Max, pictured, cared for her mother at home after she was diagnosed with Alzheimer’s and was there in her final moments

‘Next time that boy’s back from university, bring him for my lamb stew,’ she said. Forty years later, we may no longer be romantically involved, but that boy and me are still the greatest of friends, and he always requests Mum’s stew when he comes for dinner.

He was one of the first people I called when Mum was diagnosed. She had been making basic mistakes, such as forgetting what comes next when making a cup of tea and how to sign her name. I knew something wasn’t right when she badly burned her hands on the oven, which she had happily cooked on for years.

I took mum to the GP, who referred her to a memory clinic. After more tests and a brain scan, we had the devastating diagnosis that mum had Alzheimer’s.

That was in September 2002. The following February, a day before his 77th birthday, my father died at home three weeks after discovering he had cancer.

During this life-changing time, I remembered Mum’s words from decades before when we had discussed getting older and the inevitable: ‘I want to die at home — no ifs or buts.’

It was down to me to make sure her wish was fulfilled.

I didn’t know how I was going to make caring for Mum work. I was commuting to London, my marriage was falling apart and my son was doing GCSEs. But, having lost one parent, I was fiercely protective of the other.

In the end, we were lucky. From 2003 until Mum’s death in 2010, she had a team of compassionate, skilled carers provided by the local authority.

In addition, she had wonderful neighbours, an Age UK volunteer who visited every week and eventually an overnight carer. 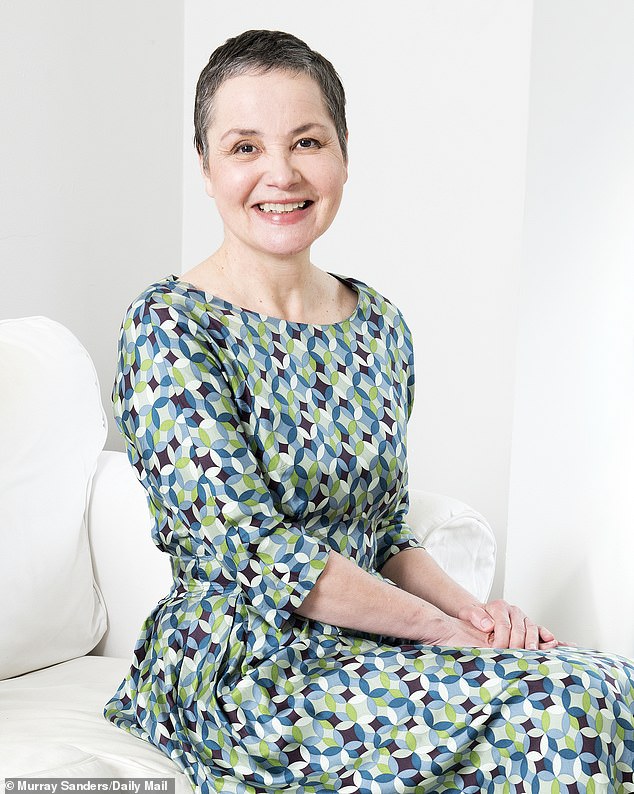 It’s true Mum forgot my name, the one she’d insisted on giving me — which is Maxine, although my dad called me Max from the start and it stuck.

She had no idea where I lived, or what I did with my life. However, she visibly relaxed when I was with her, the lines around her mouth softening, her hands uncurling. She moved towards me as I kissed her, a spark illuminating the dullness in her eyes.

Deep down, she still knew it was me. I was her only daughter and she was my mum, and not even Alzheimer’s could steal that truth from us.

In 2010, after eight years with Alzheimer’s, Mum developed pneumonia and was clearly dying. I moved into her bungalow.

I never imagined all those years ago, when we were belting out Tom Jones’s Delilah together in my bedroom, just how vital singing would become for Mum and me. She was always calmer, less agitated when music played. I’d sing Lionel Richie’s Three Times A Lady to her because Dad used to.

Mum wasn’t one for classical music, but she did respond to Ludovico Einaudi’s beautiful piano music, and it was playing in the background at the moment of her very peaceful death.

I held her hand, and told her she was, and always would be, my sunshine when skies are grey.

This is how Nxivm leader Keith Raniere allegedly branded his ‘slaves’