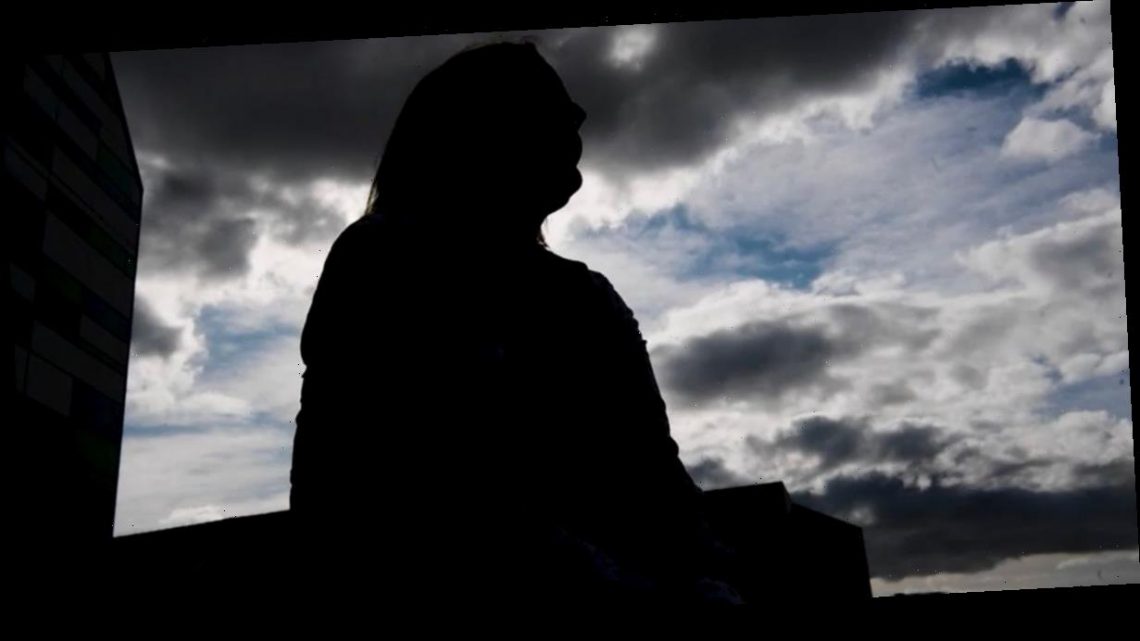 A woman was forced to flee down the street in her underwear after her abusive husband threatened to hang her.

The woman, who wants to remain anonymous, said she is still unable to get free from her sick ex as she has been unable to divorce him yet.

She said she has been left with PTSD after the monster raped her, spat tea at her face and hit her in the face with the bottle.

Detailing the horrific night he threatened to hang her, she told Wales Online : “He grabbed a rope and said ‘I will do this,’ I had the rope over my neck – I would pray he would take me away from this pain.

“All I can remember is that I passed out and wet myself with it.

“He then stopped what he was doing.

“I am petrified of this man, I thought he was going to kill me."

The woman from Swansea, south Wales, said on another occasion she was so terrified of him she bolted out the front door in her underwear.

She said: “I ran away one night, my neighbour saw me running away in my underwear.

“I was too afraid to answer the phone.

“The police found me and I only had my bra and knickers on."

The couple first met abroad in January, 2006, where the woman, who does not wish to be named following her horrendous ordeal, got to know him and his pal.

It was his friend she got on with best. But it was her eventual husband that she ended up with – despite her saying there was zero attraction.

She said she went to the south coast of England at the end of the February to visit them both and he was jealous.

“He had a go at me after I went down to see both of them, I didn’t realise they both liked me,” she said.

“Within four weeks I did not recognise that the abuse had started. When I came back I was accused of sleeping with his friend."

He turned up in Swansea in April and again in May, she said.

"He came down and wanted to know what was going on and if I was in a relationship with his friend. I did not know how to get away.

"I wasn’t in a relationship with him – I didn’t want to get married.”

The warning signs were there, she said, but she stayed with him, even after he once grabbed the handbrake of her car as she drove along a Swansea road at 50mph.

“I fled from the car in tears, I thought he was going to kill me. But I refused to make a statement. Nothing was ever done.”

She added: “There were times when I went to leave and he snapped my car keys.”

But despite the constant abuse she said she felt forced into marrying him.

“I tried to end the relationship but he said he was not leaving, I was afraid.

“He gave up his job and one day told me ‘I will cause a scene in your workplace.’

“He said he wasn’t going back to England. He said, 'I am staying here now and we are going to get married' and we did."

If you answered yes to any of the above questions, then you may be experiencing domestic violence.

Abuse is a crime and it is never your fault.

You don’t have to deal with this alone. Call the freephone National Domestic Violence Helpline at any time on 0808 2000 247.

“He got a temporary job in a factory.

“I found a flat for him to live in, he kept on saying: ‘We are getting married’.

“I was just so afraid, I was manipulated and so afraid.

“He accused me of taking medication from work.

“I have been accused of all sorts – I ended up marrying the wrong one.“

Other people started to notice there was something wrong in their relationship, she said, even at their wedding.

It was only the two of them and a couple of work colleagues, who acted as witnesses, at the registry office ceremony – she didn’t even tell her family about their big day.

“I was asked if I was okay on three occasions, I read the words in the vows back to the registrar – my daughter was not aware I was getting married and I didn’t tell her until two weeks later,” she said.

She said she later asked if she could annul her marriage, but was told ‘no’.

“I thought, I have made my bed and I have had to lay in it.”

Mother, 30, with rare allergy was left fighting for life in a coma
World News