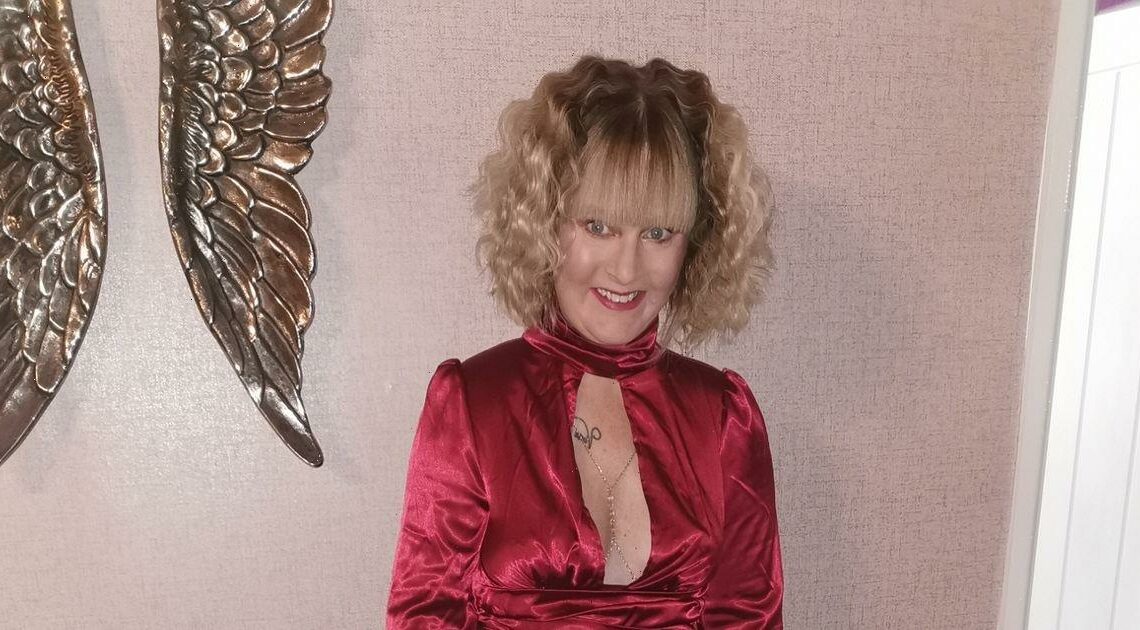 Woman, 37, unable to leave house without nappies due to rare genetic condition

A woman has opened up about her rare generic disorder which means she's unable to leave the house without nappies.

Rachel Winnard, 37, is one of 2million people worldwide who is living with FOP, also known as fibrodysplasia ossificans progressiva.

Her condition has worsened over the years where she isn't able to use the toilet without support.

And since lockdown, Rachel has been using an electric wheelchair after being wrongly diagnosed for years as a child.

Her body formed benign lumps as she was treated with chemotherapy and radiotherapy when she was 18 months old.

At the age of nine, she bumped her back on the frame of a garden swing which saw another growth form, reports M.E.N.

She was treated again for a year but when more lumps formed, her parents were warned the treatment might stunt her growth.

When Rachel turned 12, doctors saw her big toe shorter than the rest and was able to diagnose her with FOP.

The condition causes the body's soft tissues to gradually turn to bone, a process which is accelerated through trauma to the body.

While there was no treatment on the NHS, Rachel's mum reached out to a doctor in the US after watching a documentary on FOP.

She sought information from Dr Frederick Kaplan and when he visited the UK in Bath, the mum travelled to see him with Rachel.

Despite her diagnosis as a teen, Rachel didn't let it take over her life.

Rachel, who married at 25 and divorced her partner in 2020, saw her condition worsen in her lates 20s.

She said: "My ex-partner Paul didn't treat me any differently. I was independent.

"And I am such an independent person, I don't like people treating me differently."

Three years ago, her condition became more worse and she couldn't be left on her own.

Several of Rachel's limbs have been locked into place, meaning she struggles with mobility and relies on full-time carers.

During the first lockdown, she moved in with her parents before finding her own bungalow last December.

Her mum, 58, and her auntie, 53, take it in turns to look after her during the day, while she has two other carers help her out.

On a typical day, a carer will wake Rachel up and given her painkiller tablets in bed, putting them in her mouth for her.

Her eyes are wiped and she will be helped out of bed.

The carer will take her to the toilet, as she can't go alone, and will hold her hand while walking as she struggles to balance.

Rachel cannot feed herself, so her carer will then give her breakfast in her living room armchair.

She has to be accompanied in the shower for stability, and as Rachel can't reach her hair, the carer will wash it for her.

Rachel says it has been difficult adjusting to her new way of life.

She added: "Even trying to find places to get in with the chair.

"I have to go on the road sometimes if there is not a dropped curb.

"There are a million and one things I have to think of now that you don't realise when you're not a wheelchair user."

While Rachel's condition is rare, her parents set up an FOP meet-up in Manchester 10 years ago for others.

Charity FOP Friends has been arranging them every two years, while Rachel has met friends with the same condition on Facebook.

Rachel concluded: "I enjoy being single and I'm not interested in dating.

"I see my friends, not as much as I used to, but I like getting out and seeing people. I still have a laugh."

To donate to FOP Friends, you can visit the official website.

What does Casa Amor mean? Meaning and translation of Love Island’s second villa