Home » Lifestyle » Will Smith: From Fresh Prince To $350 Million King 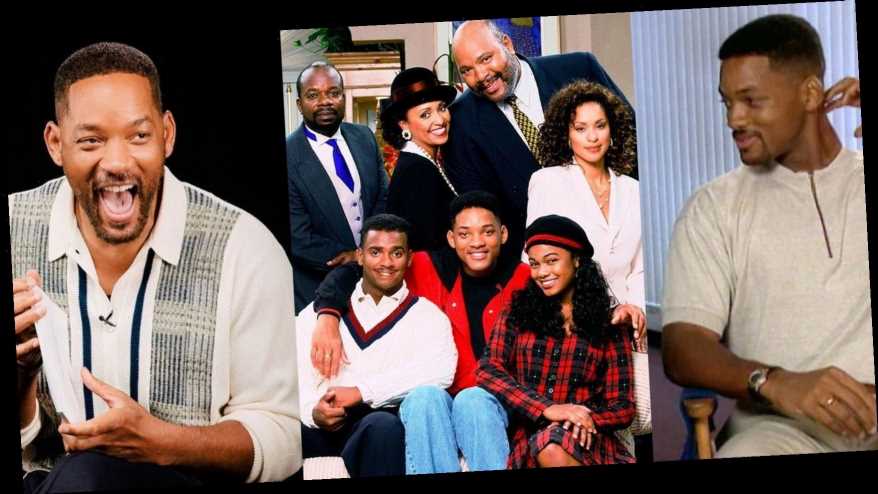 Will Smith: From Fresh Prince To $350 Million King

The mere mention of Will Smith’s name immediately sends fans into a lyrical frenzy as they proudly rap the theme song from The Fresh Prince Of Bel Air. Being the star of that show put Will Smith in a position to be able to achieve incredible success through all aspects of the entertainment industry. As Worldation reports, he went on to further the music career that he had actually begun before this role was clinched, and he even pursued roles on the big screen, which proved to be as successful as they were lucrative. Making his mark on Hollywood through his music as well as his acting skills, Will Smith has been a double-threat, and has managed to continue to increase his fortune with the passing of every year. Currently worth a jaw-dropping $350 million, it’s clear that he really is “sitting on his throne as the prince of Bel-Air.”

The Music Moved Him

Will Smith had no desire to pursue post-secondary education – he knew he was setting out to be recognized for his skills in the rap world, and alongside his pal Jeff Townes, also known as DJ Jazzy Jeff, was determined to succeed.

They saw success right away.

According to Hello Magazine; “they soon released their first single; Girls Ain’t Nothin’ But Trouble, as part of their album Rock The House, which placed 83rd on the Billboard Top 200.” They followed that up with their second album which featured the hit song Parents Just Don’t Understand. That song snagged a historic Grammy win as the first ever rap song that was recognized. Will Smith already had a small fortune under his belt at this time.

RELATED: 11 Things That Make Will Smith’s $42 Million Home Fit For A Fresh Prince

Unfortunately, although Will Smith was earning  a lot of money, it became apparent that he spent money much faster than he earned it. He shopped lavishly and freely, not realizing that he was actually in the hole. Matters were made worse when the IRS came after him for $2.8 million. His wages were garnished and some of his personal items were seized.

Things weren’t looking great for Will Smith, so his girlfriend at the time encouraged him to stay current and keep putting his face in front of the cameras. He attended the Arsenio Hall Show where he was introduced to Benny Medina. As luck would have it, there was a show being created that was a reflection of Benny Medina’s real life, later revealed to be The Fresh Prince of Bel Air.

At first, Will was taken aback by this offer. He had his heart set on making it big as a rapper and had no experience as an actor at all. Desperate for money, he found himself auditioning for the role. Quincy Jones was one of the representatives that attended the audition. Within weeks, Will Smith stepped in to the role that would alter the path of his career, and in many ways, his life.

The Fresh Prince Of Bel Air

Will Smith was a natural in the role of Will, on the Fresh Prince Of Bel Air.

The show saw immediate success and of course, has proven to be an iconic timepiece that will forever be part of family sitcom history. The show continues to do well in syndication, and no matter what role he took from that point forward, he would forever be recognized for this iconic role. It soon became the launching point for even greater success for Will Smith.

The Fresh Prince Of Bel Air changed the landscape of family sitcoms in the 1990s and will forever be looked upon as a truly influential, formative show that captivated audiences and became a true part of the history and culture of that time.

Now a full-blown star, Will Smith was getting offers for film roles, and he gladly accepted.

Acting alongside the likes of Donald Sutherland in the role of Paul, Will Smith shone in Six Degrees Of Separation.

Hello Magazine reports that two years later, Will Smith; “proved his box-office pull in the action comedy Bad Boys alongside fellow sitcom star Martin Lawrence. The movie, made on a modest budget, grossed $65 million in the US, and the rapper-turned-actor saw his own earning power soar over the $5 million mark a rarity for a black actor in Hollywood.”

Having proven his capabilities on the big screen, the roles kept coming, and in 1996 Will Smith starred in the sci-fi blockbuster Independence Day, then a year later, his attention turned to Men In Black. Of course,  Men In Black II soon followed.

In 1998, he acted in the thriller Enemy Of The State and then took on Robert Redford’s 2000 flick The Legend Of Bagger Vance.  His talents were truly recognized through his commitment of portraying Muhammad Ali in the biopic Ali. This ultimately led to Will Smith’s first Oscar nomination.

There were no shortage of roles after that point, and he took on a series of movie contracts and continued to excel in each one.

Will Smith continues to be one of Hollywood’s leading men. He has gone on to marry Jada Pinket Smith, who he met on the set of the Fresh Prince Of Bel Air, and the couple now share two children, Willow, and Jaden.

READ NEXT: Willow Smith’s Net Worth: Soaring Beyond Her Family Name