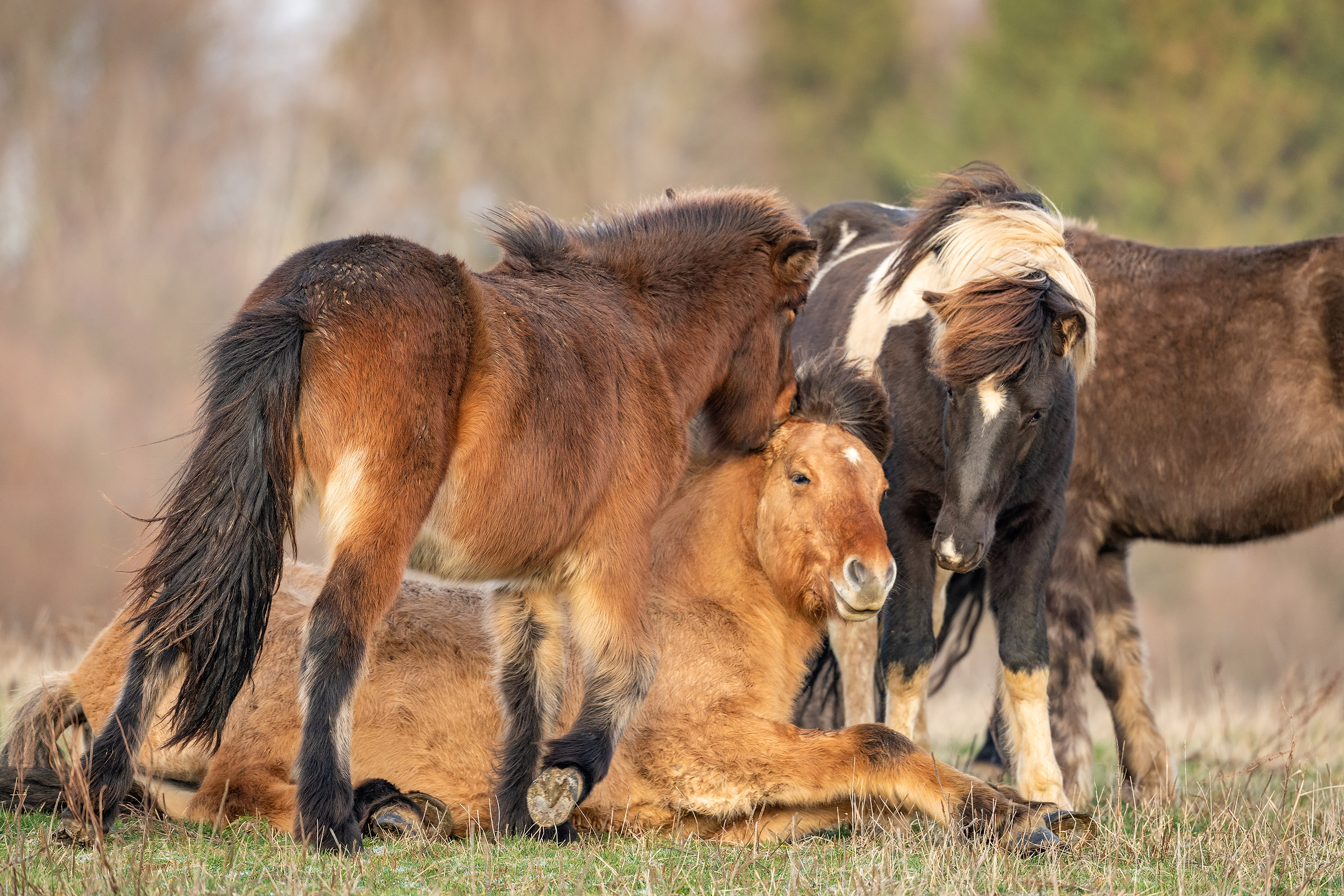 These wild horses have a sweet, but unusual, way of looking after their own.

While out and about photographing a herd of Icelandic stallions in Germany’s Westerwald mountain range on Dec. 13, Ingo Gerlach happened upon a touching display of equine love, according to SWNS.

The 65-year-old nature lover, who has been visiting the herd for about three years, first noticed that something was up when he saw that one horse, who was 2 years old, had separated itself from the rest of the group.

After wobbling on its legs, Gerlach watched the stallion fall to the ground, and while he initially thought the young horse — called a dun, because of the color of its coat — was only tired or trying to rid itself of flies, as the horse fell onto its side and stopped moving, he realized that something was wrong.

Luckily, so did the rest of the herd.

Explaining what happened next, Gerlach shared that a dark stallion “quickly came to the horse lying on the ground to motivate him to stand.”

The dark stallion began by nuzzling the young horse’s head, which did not produce a response, before proceeding to bite the young horse on the legs, which enabled the dun to sit up and get onto its feet.

However, the dun could not stay upright, and the young stallion proceeded to collapse onto the ground again.

Banding together, two more members from the herd approached the young stallion and began to bite him all over his body — a process which lasted for about an hour-and-a-half.

RELATED VIDEO: Woman Practices Yoga Atop Her Horse and the Photos Are Incredible

Finally, after repeating the revival efforts several times, the dun was able to successfully regain its footing, as the rest of the herd gathered around the young stallion, rubbing up against him in what seemed like a sweet display of affection.

The following day, after trying — and failing — to find more information about the unusual behavior he witnessed, Gerlach inquired with the owner of the herd, who told him that the dun was probably suffering from colic, a type of abdominal pain.

Although Gerlach shared that it’s “unclear” what motivated the horses, “it seemed as if the stallions were trying to save their herd member from certain death.”