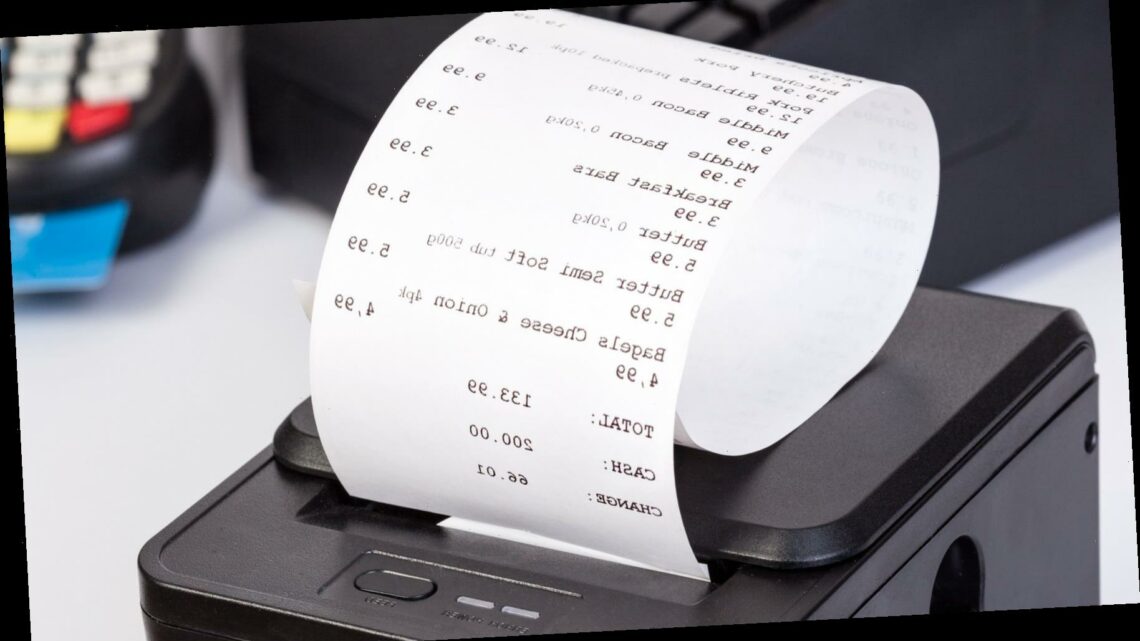 Why You Shouldn’t Recycle Receipts

If you’re a frequent shopper at one of CVS’s 10,000 U.S. locations, you’re familiar with the extended whine of the cash register as it spews out a seemingly endless scroll consisting mainly of coupons. People use the Twitter hashtag #CVSreceipts to post pictures holding up receipts as tall as they are after buying one or two items from the store. Late night host Jimmy Kimmel obsesses about CVS receipts on his show and once asked President Barack Obama to do something about them.

The average CVS receipt is 2.5 feet long, according to research from the environmental nonprofit Green America — and many stretch more than 5 or 6 feet. Most end up in the trash.

In 2017 Green America launched its Skip the Slip campaign to pressure retailers to reduce waste from paper receipts. CVS quickly emerged as a key target.

“There were already a lot of folks really eager to see CVS take action to reduce its waste from thermal paper because its receipts were so, for lack of a better term, meme-worthy,” said Beth Porter, Green America’s climate and recycling director.

Thousands signed a petition urging CVS to do something about its wasteful receipts, and the company agreed to work with Green America on a plan.

CVS says it shortened the length of its receipts and enrolled more than 1 million people in its digital receipt program last year by prompting customers to opt in at checkout and encouraging online signups. As a result, the company saved 48 million yards of receipt paper. That’s about 27,000 miles. The circumference of the Earth is 25,000 miles.

Though receipts represent less than 1% of the paper used in the U.S., the environmental cost is far from negligible. Green America estimates that 3 million trees and nearly 9 billion gallons of water are used to make receipts every year in this country, and the process emits as much greenhouse gas as 400,000 cars. All for scraps of paper that people often throw out or lose almost immediately.

Most receipt printers use heat instead of ink, which requires paper with a heat-sensitive thermal coating. That vast majority of the time, this coating is made with bisphenol A (BPA) or bisphenol S (BPS), two chemicals commonly found in plastic, which are known endocrine disruptors. While there’s a lack of conclusive data on how these chemicals affect human health, animal studies show that BPA can impact fertility and neural development and increase the risk of some cancers. BPS is used as an alternative to BPA, but research suggests it has the same hazardous potential.

People are exposed to BPA from countless sources every day; research from the Centers for Disease Control and Prevention has found that 93% of people have traces of the chemical in their urine. It can leach from food containers into food, which is why many plastic bottles are marketed as BPA-free and manufacturers are barred from using BPA in baby bottles. It can also rub off on your fingers when you handle receipts. For most people that’s just one of who-knows-how-many minor exposures — but people who work in retail handing out receipts all day may have 30% more BPA in their systems. The European Union banned BPA in thermal paper at the start of this year. 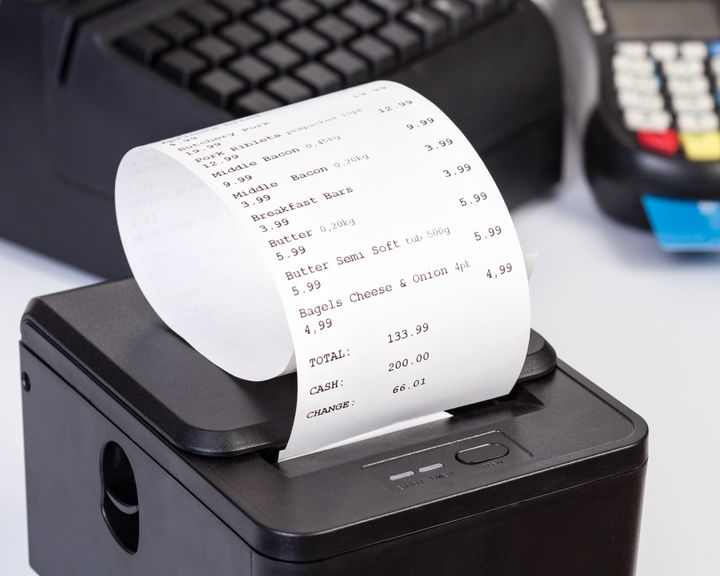 The presence of BPA and BPS in receipts also complicates recycling. Technically, thermal paper receipts — with their telltale sheen of coating — are recyclable just like any other paper. But because of the bisphenol content, many cities consider the shiny strips contaminants in the recycling stream.

The majority of BPA and BPS is washed off in the paper recycling process, but small amounts remain in the fibers that are then used to make recycled-paper products, such as toilet paper. The rest ends up in wastewater, and it’s unclear how much is filtered out and how the remainder might impact the environment.

Getting companies to stop using BPA and BPS in their receipts is one of Green America’s goals. There are phenol-free thermal papers, but many companies haven’t gone through the process of finding new suppliers and switching. (The paper can be more expensive, too.)

“From our perspective, with so many available alternatives to BPA and BPS receipts, we think it’s far better to err on the side of caution to prevent that potential exposure to employees during the handling of receipts, and of course any environmental impacts from the disposal process,” said Porter.

CVS removed BPS from its receipts last year, “to increase their recyclability,” a company spokesperson said.

But it also makes sense to just not print so many receipts in the first place. That can be achieved by store associates simply asking customers if they want one, and by offering digital receipts. Not everyone is into digital receipts, though. When Green America surveyed consumers, 89% said it would be good for stores to offer receipts via email or app, but 42% said they prefer paper receipts. Many don’t want to give out their email addresses, for instance, or deal with receipts in their inbox. A third of people said they want a paper receipt in case they are stopped by store security.

The pandemic — during which touching anything in a public space feels, for many, at best icky and at worst dangerous — may be helping move things in a digital direction. Citing analysis from Grand View Research, Green America says companies are projected to use 252,000 tons of thermal paper by the end of 2020, a decrease of 10% from the year before.

Of the 35 companies Green America has been tracking, CVS is one of only five that offer both BPA- and BPS-free receipts and digital receipt options. (Others include Ben & Jerry’s and Target.) Fifteen companies — Walgreens, Burger King, Aldi and Chipotle among them — offer neither.

The organization is talking to several of the companies on its receipt practices scorecard about switching papers and going digital, as well as other ways to lessen their environmental footprint — such as using recycled paper in marketing materials and cutting down on paper use overall.

“Skip the Slip has really been an opportunity to not only tackle the unnecessary waste of resources on these items that many people are no longer finding much use for, but also to talk about other areas of a company’s impacts,” said Porter.

Thousands of miles of receipts down. Many more to go.

HuffPost’s “Work In Progress” series focuses on the impact of business on society and the environment and is funded by Porticus. It is part of the “This New World” series. All content is editorially independent, with no influence or input from Porticus. If you have an idea or tip for the editorial series, send an email to [email protected].

Horrifying moment a hairdresser, 29, was left paralysed for life after a freak accident on a trampoline