Ho, ho, holy smokes is it hot. Tim Allen’s return to the North Pole in The Santa Clauses wasn’t as chilly as one would expect.

Everything to Know About ‘The Santa Clauses’

“The suit is not any better technically than it was when I first started. It is just heavy, heavy, very hot,” Allen, 69, exclusively told Us Weekly ahead of the Disney+ show’s debut. “And the best thing they’ve gotten me down to, instead of four or five hours, they’ve got it down to sometimes two and a half hours getting into it. Doesn’t last as long.” 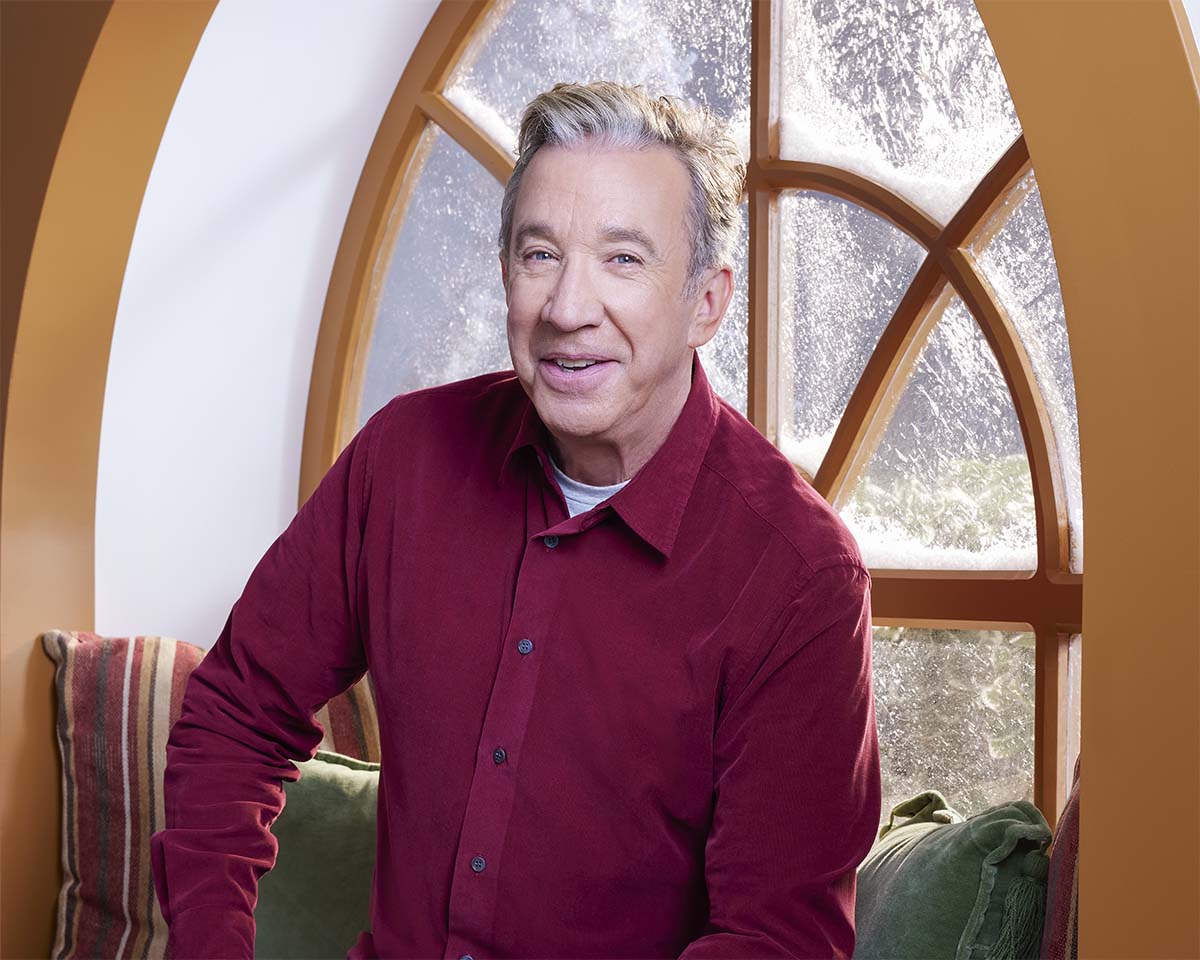 “I think it looks gorgeous. And [I’m] getting better at not being such a bastard!” he added. “It gets very hot about six hours in, and there’s no place for me to go. There’s no relief for it. So I sit in chairs and now people understood. It’s nothing personal. I just have nothing to say to anybody. I’d just sit there and breathe, really, and then get to it. I’m there for the actors and the crew when I’m on set. Once I got back into it, I learned how to be there, learned what I could and could not eat, would and couldn’t, could not drink and it was better. I’m a pro. I signed on to do this and I’m going to do it.”

15 Best Christmas Movies of All Time

“Getting back into the Santa Claus suit was a complicated affair because I’d forgotten — the worst part of it is they have to make a mold of your face. I hate to give up all these secrets. It’s like watching any of those movies done on a blue screen or green screen. It takes away all the magic,” Allen told Us. “That being said, you have to make a plaster of my face and I almost had a nervous breakdown because they put a heavy liquid plaster over your face to get an image and you gotta sit there for 30 minutes as it hardens with two straws up your nose. Not a good experience. And the people that did it said a lot of people don’t make it through the 15 [minute mark]. It’s kind of a torture test.” 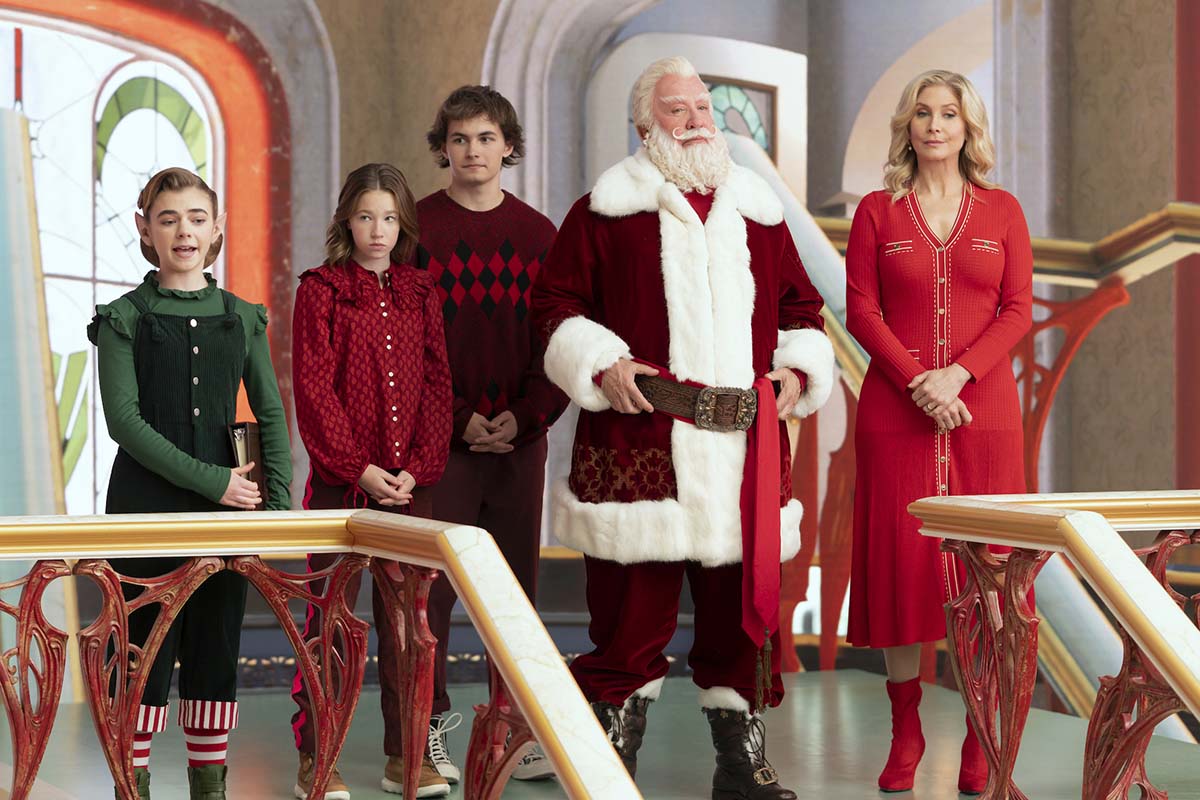 Despite the makeup chair agony, Allen brings the laughs between scenes.

“You don’t know what you’re gonna get with Tim. You’re always gonna get something incredibly surprising and usually very professional,” Mitchell, 52, told Us. “And I’m always so happy when they do his coverage first, because sometimes his mere sweetness would bring me to tears ‘cause he’s so good at that. And then sometimes he’s just the funniest person you’ve ever met in your life, and you just have to go with it. And he’ll go off on his tangents — and they’re amazing tangents — and you feel like you’re in the audience and it’s the best experience.”

‘Home Improvement’: Where Are They Now?

She continued: “He’s a generous comedian. He wants other people to be funny and he wants them to feel fulfilled and it’s really important to him and he cares. He’s a live wire but also a very constant joy.”

“He’s so funny,” Austin Kane, who plays his son Buddy, agreed. “The thing about Tim, which I did not expect, [is] how much he wants to dig into the characters. [He would say], ‘OK, but why are they doing this?’ He always is asking questions to make it make more sense to us. … It helps you question more about the character, to learn more about or what you’re doing or what you’re saying.” (Allen’s youngest daughter, Elizabeth Allen-Dick, also stars alongside him.) 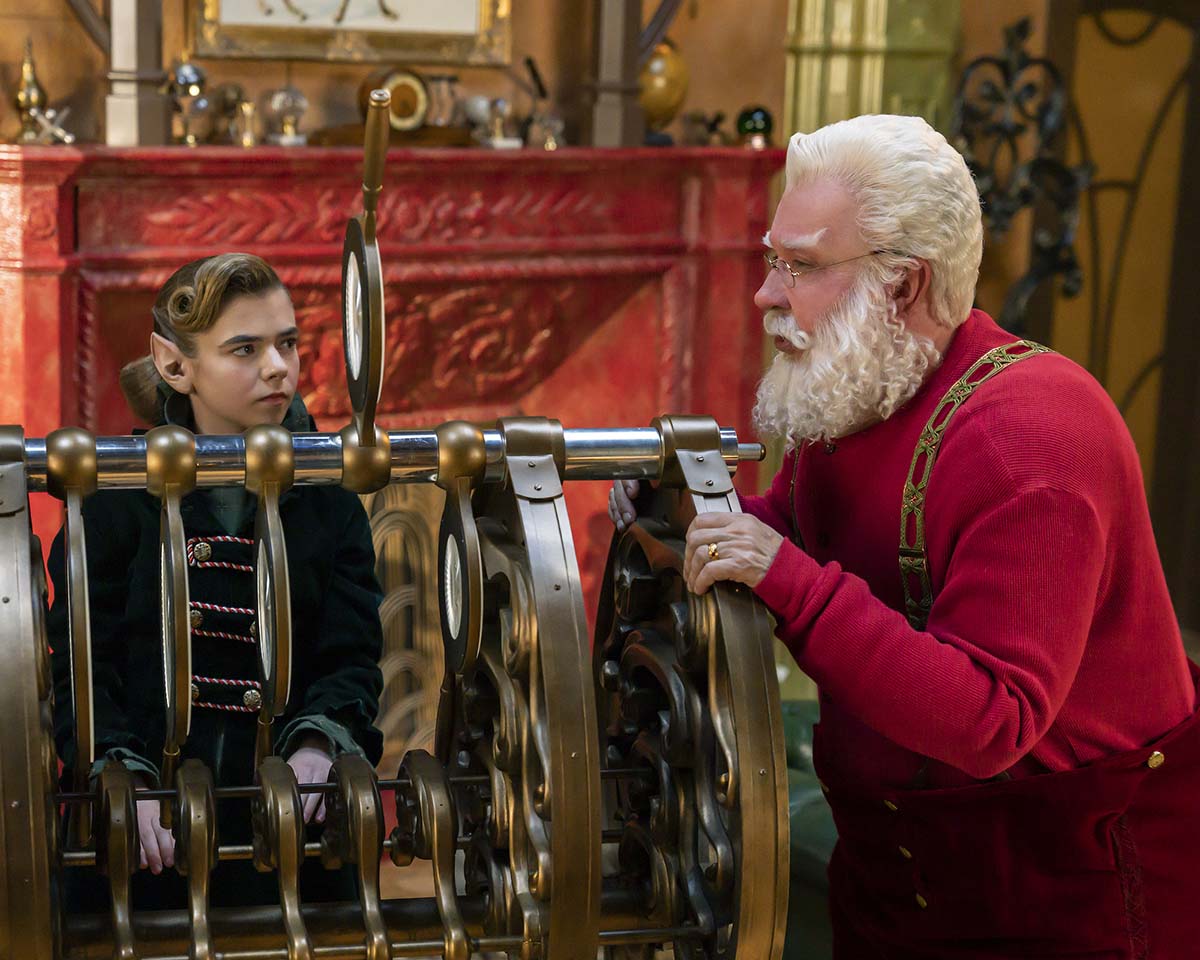 Allen is also joined by Kal Penn in the highly anticipated show, who plays inventor and single dad Simon Choksi, “whose initials happen to be S.C.”

“He gets tapped along with a long list of other people, including Peyton Manning, to interview for the position of Santa Claus because Tim’s Santa is retiring,” Penn, 45, told Us. “And then the arc over those six episodes is basically, does Simon even think that he would give up his company to interview in the first place for a job like Santa? But more importantly, what’s that relationship with his daughter like? And if he’s the kind of guy who loses his way and is really focused on things like greed and money. In any good Christmas story, it’s always the kids. In this case, Simon’s daughter who’s gonna be the reminder of, ‘Hey, what are the things that really matter in your life?’ It’s hope and it’s a belief in Christmas and it’s a belief in something better like family and love.”

As for working with the Toy Story star, Penn noted: “There is never a dull moment.”

For more with Allen and The Santa Clauses cast, watch the video above!

The Santa Clauses premieres on Disney+ on Wednesday, November 16.