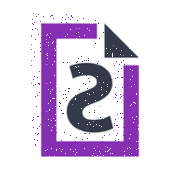 Princess Beatrice and her husband, Edoardo Mapelli Mozzi, are expecting their first child. Buckingham Palace announced the news via Tweet on Wednesday, May 19. Which just happens to be Prince Harry and Meghan, Duchess of Sussex’s third wedding anniversary.

Does this pregnancy announcement prove the royal family feud extends beyond Prince William and Prince Harry?

Princess Beatrice is expecting her first baby this fall

In Beatrice and Edoardo’s official pregnancy announcement, the palace included a photo of the couple from their wedding day. They also revealed that the princess was due this fall.

“Her Royal Highness Princess Beatrice and Mr. Edoardo Mapelli Mozzi are very pleased to announce that they are expecting a baby in autumn of this year,” read the announcement. “The Queen has been informed and both families are delighted with the news.”

May 19 is Prince Harry and Meghan Markle’s wedding anniversary

The timing of Beatrice and Edoardo’s announcement has not gone unnoticed by royal watchers. The news came on Harry and Meghan’s third wedding anniversary. But this isn’t the first time that royal wedding and baby news has occurred at the same time.

Fans will recall that Harry and Meghan revealed the news of their first pregnancy with Archie Harrison on the wedding day of Princess Eugenie, Princess Beatrice’s sister, back in 2018.

Dylan Howard and Andy Tillett, authors of the book Royals At War, say that Meghan “put her foot in it” when she decided to announce her pregnancy on Eugenie’s wedding day.

“This was a huge social gaffe, even if you were not a royal — stealing the limelight from Eugenie, who was furious, as was her mother, Sarah.”

Was Princess Beatrice’s pregnancy announcement a ‘total dig’ at Meghan and Harry?

With Meghan making both of her pregnancy announcements within hours of Eugenie’s wedding and the birth of her first child, was Beatrice’s announcement a retaliatory “dig” at the Duke and Duchess of Sussex? According to palace insiders, it absolutely was.

“It was a total dig at Harry and Meghan. They stole Eugenie’s thunder on her big day, after all, and it appears that has not been forgotten,” an insider told Page Six.

Social media agrees, with one fan writing “Well played, Beatrice.” A second fan added that they had “respect” for Beatrice’s timing.

“I know it’s cool to not care about the royals but Beatrice playing the long game and announcing her pregnancy on Harry & Meghan’s 3rd anniversary as revenge for H&M dropping *their* baby news at Eugenie’s wedding is the kind of messy bi**h I have no choice but to respect.”

1 royal expert doesn’t think the timing is a coincidence

Robert Jobson, author of Prince Philip’s Century, pointed out that “timing is everything” in life. He says the fact that Beatrice announced her pregnancy on Harry and Meghan’s anniversary is extremely telling.

“It seems that after Harry and Meghan stole the headlines and world attention by announcing that Meghan was pregnant with Archie — taking the limelight away from Princess Eugenie’s wedding — that she didn’t forget,” Jobson said.

“Announcing her own pregnancy on the Sussexes third wedding anniversary may have been a coincidence, but I don’t think so. What goes around comes around.”

According to one royal expert, the royal cousins do actually get along. They pointed to the fact that Eugenie and Jack are living with their son, August, at Harry and Meghan’s UK home, Frogmore Cottage.

“Beatrice and Eugenie do really like Harry and Meghan, but Beatrice must have known what the timing would look like, surely?” the source dished.

Another insider noted that Beatrice delayed her pregnancy announcement due to her grandfather Prince Philip’s funeral.