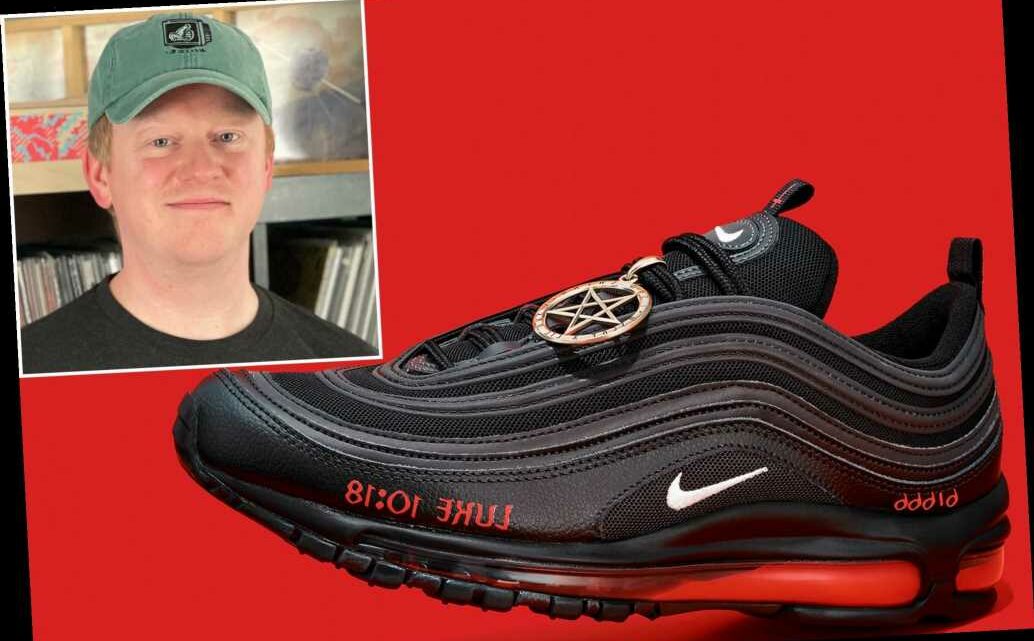 Out for blood: Nike ratchets up drama over Lil Nas X’s ‘Satan Shoes’

These Satanic sneakers are breaking the Tenth Commandment: thou shalt not covet.

On Monday, the 666 pairs of rapper Lil Nas X’s red-hot “Satan Shoes,” which allegedly have a drop of blood in the sole, sold out in only a minute despite an eye-popping price tag of $1,018.

The controversy surrounding them has only made sole searchers hungrier for the limited-edition kicks, which were purchased from Nike and then tricked out with demonic doodads and resold. A flurry of pre-emptive eBay listings (purchasers have not yet received their wares) have already popped up with prices topping out at $10,200.

The resale value is what tempted Vincent Gaglione, a sneakerhead with more than 300 pairs from Mastic, Long Island, to snatch them up.

“Social media has a huge influence on this,” Gaglione, 30, told The Post, adding that the shoe has transcended the esoteric sneaker collector world. “Ten years ago this would have stayed in the sneakerhead community. But I even had my friend’s mother messaging me about these. And Lil Nas X has his own large following, so with someone like him, things go from zero to 100 really fast.”

Miley Cyrus, whose father Billy Ray Cyrus collaborated with Lil Nas X on his hit, “Old Town Road,” fanned the flames by posting pictures of herself on Instagram wearing the black-and-red kicks.

The sneakers, which are revamped Nike Air Max ’97s, were released on the heels of Lil Nas X’s controversial music video, “Montero (Call Me by Your Name),” in which he slides down a stripper pole that leads to hell and twerks on the devil.

They were created in collaboration with MSCHF, the Brooklyn creative agency that became famous for a purer sole pursuit in 2019: Jesus sneakers infused with holy water from the River Jordan. Lil Nas X’s sinful pair features a pentagram pendant, inverted crosses and “Luke 10:18” stamped on the side; the Bible verse references Satan “[falling] like lightning from heaven.”

They’ve since faced severe blowback from conservatives and Christians online as well as a lawsuit from Nike, which wants them destroyed amid boycott threats.

The uproar appealed to Josh Higgins, a 36-year-old software developer in Charlotte, North Carolina. He snatched them up, but purely as a show piece.

“I’m not a shoe collector, but I do collect records,” said Higgins, who also owns Refresh Records, an indie record label. “Coming from a music background, I thought this was a fun campaign, and I knew it was going to make waves. And they are cool-looking shoes.”

He plans to display them alongside his pricey record collection.

“But if they continue to go up in value, I’d potentially sell them.”

“The shoes were made purely for controversy,” Villanueva told The Post.

“I think they are disturbing. They knew the shoe would cause commotion either way,” said Villanueva, adding that he isn’t very impressed by the style. “The design has no wow factor. They are underwhelming to say the least.”

Gaglione, who is the head of food services at an assisted living facility, isn’t necessarily a fan of the 21-year-old rapper’s. But he liked MSCHF’s holy water shoe and had seen them triple in value.

“Plus, I am curious where the blood drop came from. If it actually exists.”

He also wonders if the bad blood from conservative corners and Nike will ultimately slay the soles of Satan.

“Hopefully the controversy and lawsuits don’t halt the production all together,” he said.