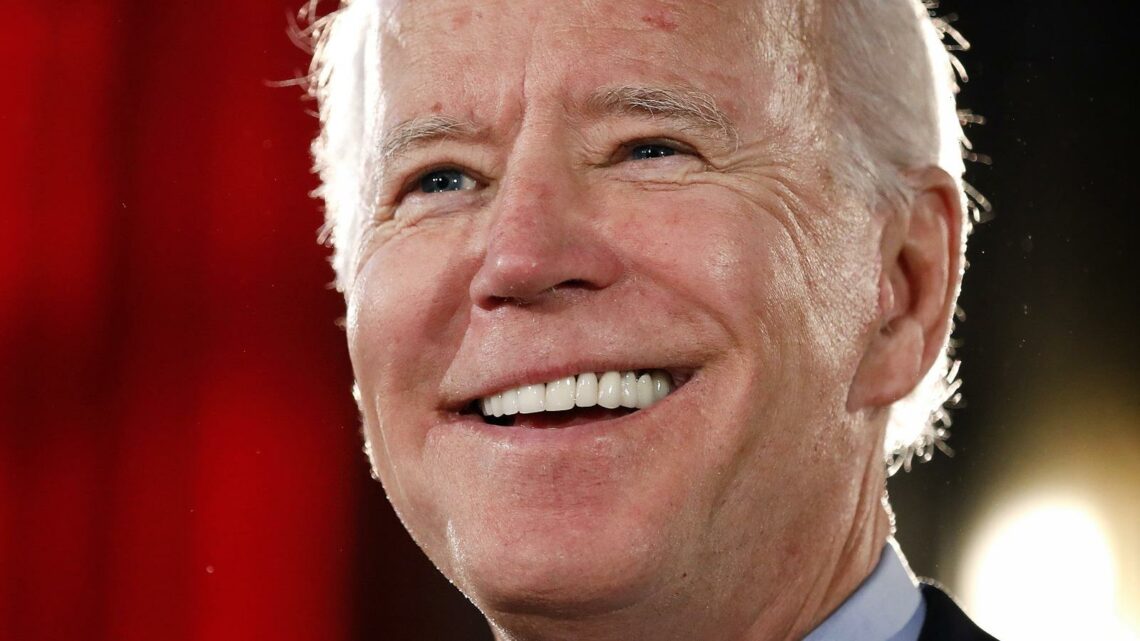 Why Joe Biden’s Joke To A Reporter Is Raising Eyebrows

President Joe Biden has been doing a lot of chit-chatting with Israeli Prime Minister Benjamin Netanyahu since Israel began a series of air raids on Gaza in May, which per Al Jazeera have taken the lives of 212 Palestineans and 10 Israelis. The Jerusalem Post reports that Biden had indicated his support of (although not demand for) a ceasefire to Netanyahu three times as of Monday, May 18. On May 19, Politico’s foreign affairs correspondent Nahal Toosi tweeted a press release indicating that Biden called Netanyahu again to express his desire for a “significant de-escalation today on the path to a ceasefire.”

Whatever Biden’s private conversations with Netanyahu have entailed, he’s not chomping at the bits to dish to journalists about them. On the contrary, the president seems so determined to keep his lips sealed that when, on May 18, a journalist approached him at a Ford testing facility in Dearborn, Michigan, Biden let loose what  Woman & Home is calling a “Mean Girls” joke. As per The New York Post’s retelling of the problematic exchange, a reporter asked if he would take “a quick question on Israel … since it’s so important?” Biden (from the driver’s seat of an F-150 Lightning electric pickup truck) retorted, “No, you can’t. Not unless you get in front of the car as I step on it.”  Need we really tell you that the president’s quip isn’t sitting well in Twitter’s proverbial stomach?

“If President Trump had done this, he would have been impeached. Jokingly or not, this rhetoric is completely unbecoming of the President,” wrote an enraged Twitter user. “Human rights and Palestinian human lives are a joke to Joe Biden,” tweeted another. “It is a bad image that @JoeBiden considers questions about the conflict in Israel and Palestine worthy of answering with a joke,” wrote a third. “The US must stop #Apartheid in Israel. Be part of the solution.”

Pressure on Biden to publicly crackdown on Israel is rising. Human Rights Watch recently came out with a report finding, per the Acting Executive Director, Middle East and North African Division Eric Goldstein, that “Israeli officials are committing the crimes of apartheid and persecution — crimes against humanity.” Democratic congresspeople Alexandria Ocasio Cortez (via Twitter) and Bernie Sanders (via Twitter) are also ramping up efforts to pressure the U.S. government into taking a stand against Israel’s military assault against Gaza.

In other Middle East news currently confounding the nation, Ivanka Trump’s husband Jared Kushner (and Trump’s Middle East frontman) spent time at a Ritz-Carlton in Abu Dhabi this May (via The Daily Beast). The State Department paid $12,950 for security guards to accompany him. Twitter, meanwhile, is busy mocking Kushner for bragging that he’d brought peace to the Middle East in a March 2021 Washington Journal op-ed (via Uproxx).