Home » Lifestyle » Why Father's Day makes me feel like a fraud 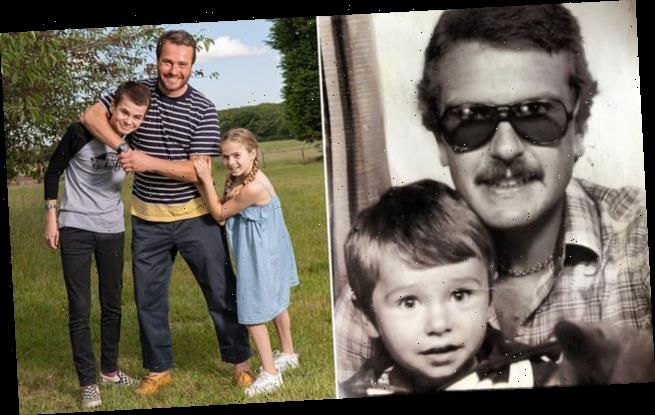 Why Father's Day makes me feel like a fraud

Why Father’s Day makes me feel like a fraud: Says the editor of Men’s Health, because like many of his generation he worries he’ll never be as wise and capable as his own dad

Father’s Day isn’t an occasion I’ve ever given much thought to, least of all indulged in celebrating. Despite qualifying for the annual gift of new socks for the past 13 years, it’s just not for me — or, at least, I haven’t allowed it to be.

The main reason for this is because I can’t shake the feeling I’m a bit of an imposter in the role.

Despite having a son who is a month off turning 14, and a ten-going-on-17-year-old daughter, I still feel like I’m in training: an apprentice, too callow by half.

My dad was my hero. He was funny, wise, generous and well-liked. He was serious about life but never about himself. It’s abundantly clear to me that I don’t measure up. 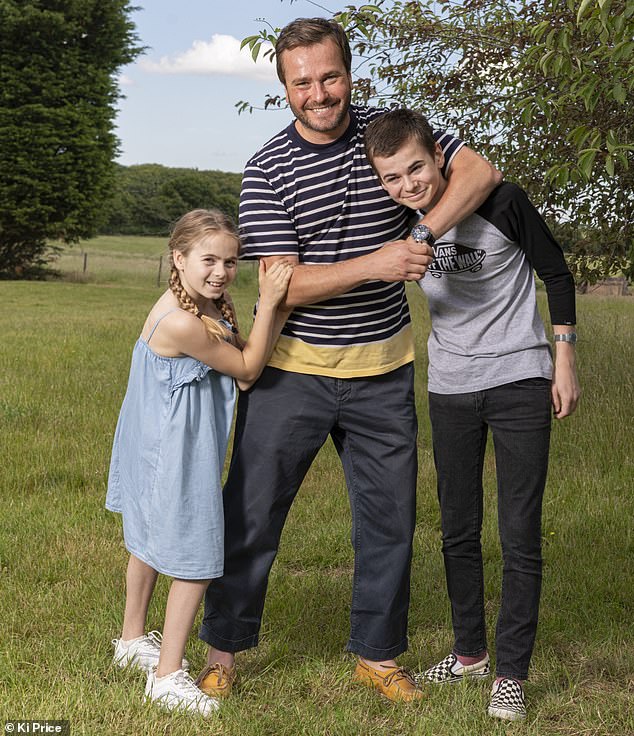 Toby Wiseman (pictured, with his children), explored his feelings of being a counterfeit dad as Father’s Day approaches

There is a picture on the cork board above my desk that I look at every day. It’s a black-and-white snap of me as a young boy on my father’s knee. He can barely be older than 30, yet, to my eyes, he appears positively dad-like. He points at the camera and I gaze credulously at his finger, rather than the lens.

Barely a week went by without someone telling me how alike we were, yet we couldn’t be more different. He was a jack-of-all-trades, a catering chef-turned-sports shop impresario who ended up a gardener. I was the son who confounded his working-class father by beginning an MPhil in Renaissance Literature and becoming a journalist.

I was acutely aware of his shortcomings, too: his moods could dominate a room; he could be difficult to please; for reasons I never quite understood, he was an inattentive grandfather.

Some men talk about coming of age when they lose their dad, but no such thing happened to me when he died, three years ago, at the premature age of 67.

His innate assuredness, his dependability, his 1970s wardrobe that was somehow always 90 per cent brown — they’re just not there. Unlike him, I still have more questions than answers. In short, I feel like a counterfeit dad.

I know that many friends feel the same. One confided: ‘Fatherhood is the first thing I’ve ever been really rubbish at. Even in Science I could scrape a pass, if I really had to.’ And there we were, back on safer ground, pretending we were still teenagers. 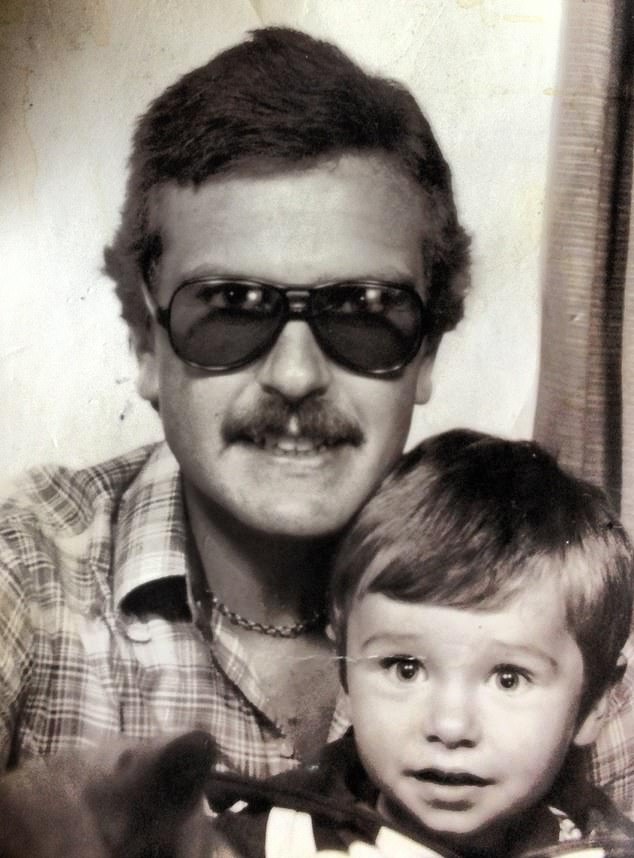 Toby (pictured, with his father) said he’s not the dad that he thought he would be, his own father was a jack-of-all-trades

A psychologist would probably tell you that this is some kind of Peter Pan syndrome. Other less conceited or self-regarding sorts — my own dad, perhaps, if he were still around — might tell me to get a grip and stop over-thinking it. (See? Decisiveness.)

I have no doubt that my children see me as an often overbearing and frequently embarrassing presence in their lives. Thus far, I have the job down pat. And it goes without saying that the love I have for them is unconditional and vehement — the sort that can be stifling as well as comforting, I’m sure.

I fulfil all the prosaic duties of being a parent: the school run, the algebra homework, the taxi service to tennis and guitar lessons, the Lego, the Barbies . . . and I relish all of it.

Still, I’m not the dad I thought I’d be. Maybe it’s a generational thing. Not so long ago, young men simply inherited the middle-aged dad costume as if by osmosis around the time they had a family. Plenty would go to seed while still in their 30s, acquiring the requisite paunch, pipe and slippers.

By contrast, mine is a generation that refuses to let go of ‘middle youth’. The comfy ‘dadbod’ is something to be reviled. Brad Pitt is proof that you can be pushing 60 and still do a good impression of a chiselled bachelor. 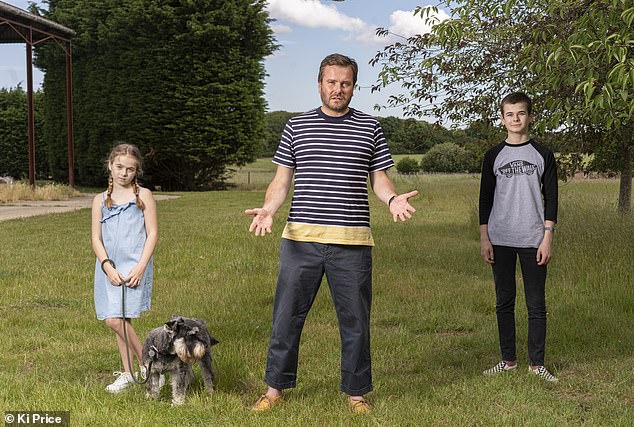 The father-of-two (pictured, with his children) explained that there are many things to do and questions to answer, before he can feel like a certified father figure

Wage stagnation and pitiable property price-to-earnings ratios hamper mums and dads trying to acquire the security we associate with parenthood.

When I compare myself with my dad at the same age, there’s a chasm between us. He’d had three businesses; he’d bought and sold a second home; he’d been bankrupt; he’d long since lost both his parents; and he would retire within eight years.

I have 22 years left on a mortgage, I can’t see a time when I’ll stop work and I haven’t remotely achieved everything I want to in terms of career and home.

But I don’t necessarily feel anxious about that. I just feel there are still so many things to do, so many questions yet to be answered, before I can feel like a certified father figure. And I guess my definition of a dad is just that — a man with answers.

Still, this Father’s Day, I’m going to do things differently. I will accept cards and breakfast in bed, and I will spend the day enjoying the fact that I have two children and a wife who see me as a loving father, regardless of his own melodramatic misgivings.

Why? Because even if I don’t feel like a proper dad, I know now that what matters is that my kids see things differently.