Home » Lifestyle » “Why does the threat of beaches closing feel like a telling off from mum and dad?” 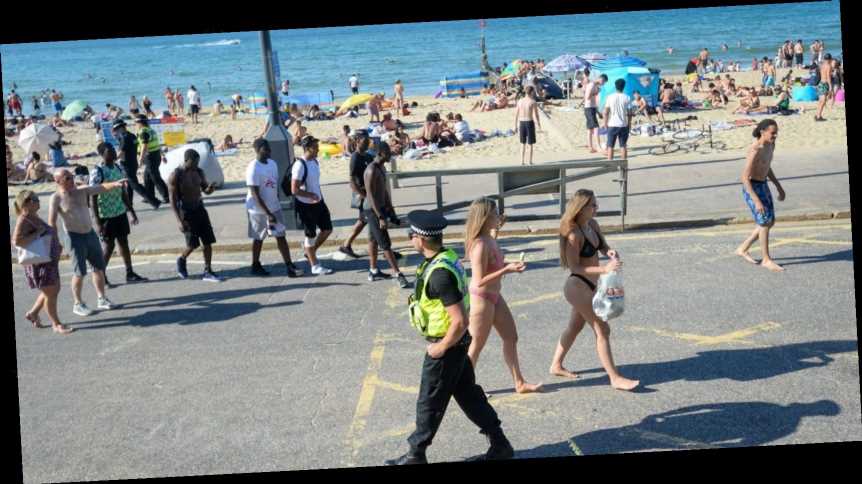 “Why does the threat of beaches closing feel like a telling off from mum and dad?”

Lucy Partington is Stylist’s beauty editor. She’s obsessed with all things skincare, collecting eyeshadow palettes that she’ll probably never use, and is constantly on the hunt for the ultimate glowy foundation.

After months of inconsistent messaging, health secretary Matt Hancock is threatening to close beaches. But it feels like we’re being treated like petulant children.

The last few months have been a truly wild ride. The UK officially went into lockdown on 23 March – 95 days ago – and since then we’ve been inundated with mixed messages from the government.

Actually, that might be doing Boris Johnson a slight disservice: despite the fact we didn’t go into lockdown as early as some European countries, the message at first was quite clear. ‘Stay home. Save Lives. Protect the NHS’ but as strict measures began to ease, non-essential shops started to open (starting with car showrooms, naturally) and we, the public, were given the go-ahead to be able to hang out with people from other households – while still maintaining a two metre social distance (which is apparently going to be reduced to ‘one metre+’ soon) – things started to get a bit confusing.

Nobody really knew what the new tagline “stay alert” meant, because how can we really be alert to something that was repeatedly labelled as the ‘invisible enemy’? But I digress, because now health secretary Matt Hancock has threatened to close beaches after pictures emerged of thousands of people descending on the UK’s beaches on 25 June, the hottest day of the year so far.

Don’t get me wrong, I can’t think of anything worse than being on a beach, surrounded by sunburnt Brits, in the middle of a global pandemic, but for the people who did go, who can blame them? As someone who’s currently shielding so I can go and see my high risk mum for the first time in six months, don’t mistake my confusion for not taking the (vague) rules very seriously. No large groups. Avoid contact. Wash your hands, etc. But if the sun is shining a week or so after being given the government go ahead to drive to beaches in the UK, I’m really not that surprised. It was during an interview yesterday (25 June) that Hancock broke the news, saying he was reluctant to shut public spaces because lockdown has been tough, but if there’s a spike in new cases of coronavirus “then we will take action.”

That sentence alone, the threat of action being taken, took me right back to my childhood when I was caught doing something wrong and if I didn’t stop whatever I was doing within 10 seconds, that’s when I’d be in trouble. But instead of my parents telling me off, it’s the government that’s here treating uslike petulant children, threatening to ground us, all because we dared to go out, have some fun and enjoy a rare hot day.

In some ways it feels like an empty threat. The public is already breaking the rules – and has been since it was apparently deemed acceptable for Dominic Cummings to do just that and not apologise – so why haven’t we been told off before now? I can’t help but feel like it’s all just a bit performative; it’s seemingly one rule for them and one rule for us. Yet, if the government had just disciplined us properly, and equally, in the first place, things like 1000s of people gathering at the beaches – the majority of which I assume were under the impression that it was OK – wouldn’t be happening.

Essentially, the government is handing over all responsibility to the public. They’re gaslighting us, because we all know that if we do see a spike in new cases and if there does end up being a second wave, it’ll be us that gets the blame. It’ll be all those beach-goers who’re made to feel like it’s their fault when really, it’s the complete lack of accountability, the lack of authority and the lack of respect the government has shown that will cause it. They’re the real reasons a second wave could happen.

But, if Boris Johnson and his crew stuck to their guns from the beginning and actually listened to the science, if they were stronger in their lockdown approach instead of being vague and inconsistent, if they followed in the footsteps of the countries who’d successfully managed to get the virus under control, and most importantly, if key members of the government also stuck to the rules, we wouldn’t be in this situation.

I can only hope that a second wave doesn’t happen, that’s the thing that scares me the most, but I can’t find it within myself to blame the people who do just want to go out and have a good time and enjoy the weather (if that’s you, please do so safely, away from other people and preferably wearing a face covering in confined space).

Ultimately, it boils down to the fact that the government is relinquishing all responsibility and the fact that they themselves aren’t all leading by example. Maybe the public just needs to say we all doing what we thought was right at the time, and that we were testing our eyesight. Then maybe, just maybe, we’ll be given a free pass to do whatever the bloody hell we like.