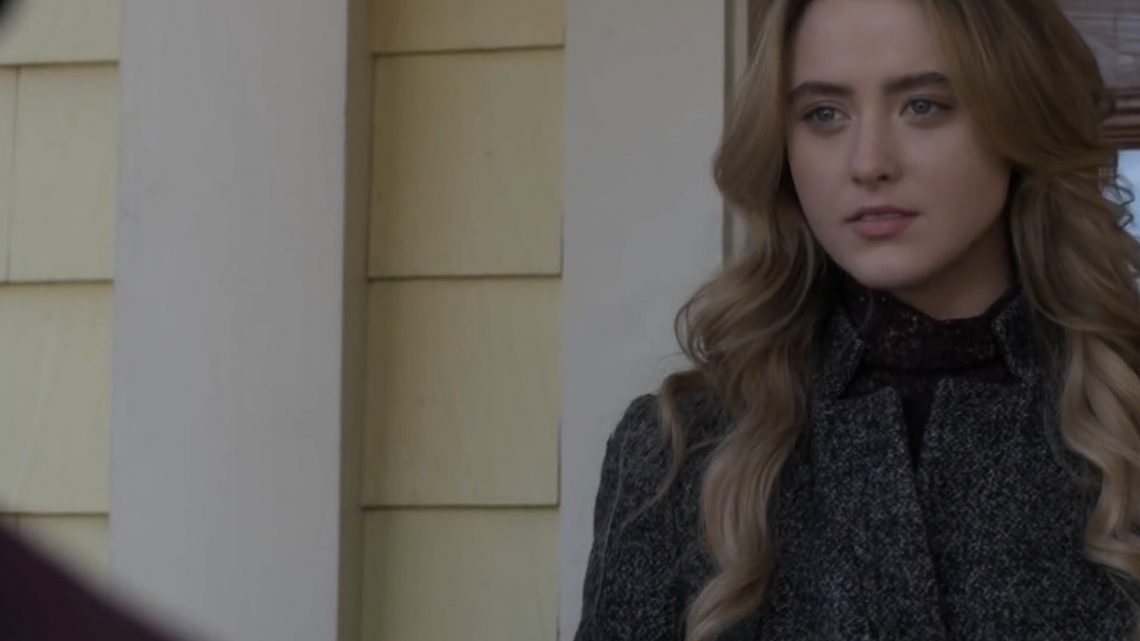 Spoilers ahead for Season 1 of Netflix’s The Society. From the get-go, it’s clear that Allie doesn’t want to be the leader of New Ham. When she and her classmates find themselves in a deserted version of their town — with no adults to be found and no apparent way out — she’s content letting her sister, Cassandra, take the lead. But after Cassandra is killed, she’s pressured to take the reins — only to be forced out when the rest of the teens become unhappy with her leadership. What will happen to Allie from here depends on what the town’s new leaders decide, but she’s not one to lie down that easily.

In The Society‘s Season 1 finale, Allie and Will are forcibly removed from their leadership positions after the Guard goes along with Campbell and Lexie’s plan to stage a coup. It’s gone full Lord of the Flies in New Ham: Lexie and Harry are acting as the de facto leaders after the planned mayor election goes off the rails, and Allie and Will are now in their custody.

Lexie talks a big game — she was hell-bent on removing Allie from her self-appointed position of authority. But judging by the last few moments the two girls have with each other, being in charge may not be what Lexie hopes, and she might need Allie’s help to get through it.

"I know what you’re thinking. ‘What am I doing? This isn’t me,’" Allie tells Lexie after the new mayor gives her first orders to the group. "But it is you. That’s how fast it happens." Allie knows firsthand how the power can go to your head, and as much as Lexie thinks she’ll enjoy it, it’s not easy for anyone. It’s convenient to criticize the people making the tough decisions until you’re that person yourself, and Lexie and Harry are about to find that out.

But while Allie and Will aren’t in the best position, if The Society returns for Season 2, it’s doubtful they’ll meet a grisly fate like Dewey did after breaking their rules. His crime — killing Cassandra — was much more severe than the election-stealing Lexie accused Allie and Will of. And when the new leaders inevitably get into hot water, they’re going to want to turn to Allie for advice. She’s the only one they’ll have who truly knows what it’s like to make unpopular decisions and deal with the wrath of the rest of the group.

There can’t be any real changes once Lexie and Harry take over, either, even if they want there to be. If Harry sticks with his whole "everyone gets what’s rightfully theirs and doesn’t have to share" campaign, that’s going to make the rich ones happy for a while, but will eventually cause the ones with nothing to rise up. Resources are limited, and there’s no getting around that.

Lexie complains about the work lists, kitchen shifts, and farming plans, but without those things, it’d be mayhem. If the New Ham teens have any hope of creating a sustainable life for themselves, there need to be jobs and rules, and people are going to have to do things they don’t want to do every once in a while. There are always going to be dissidents, but in a life-or-death situation, everyone ultimately has to work together.

This is all to say, Allie is probably going to be forgiven when Harry and Lexie realize how difficult her shoes are to fill. She makes missteps as a leader, sure. She should’ve taken Lexie’s harassment at the hands of the Guard much more seriously. And she shouldn’t be trying to dissuade people from running for office, no matter how much she worries about what they’ll do. She wasn’t perfect, but no one in that situation would be.

Regardless of Allie’s faults, she kept everyone fed, alive, and relatively safe, and without her help, that’s not something Harry or Lexie can say just yet.

In the Western Conference, Teams Known for Heartbreak Seek Glory