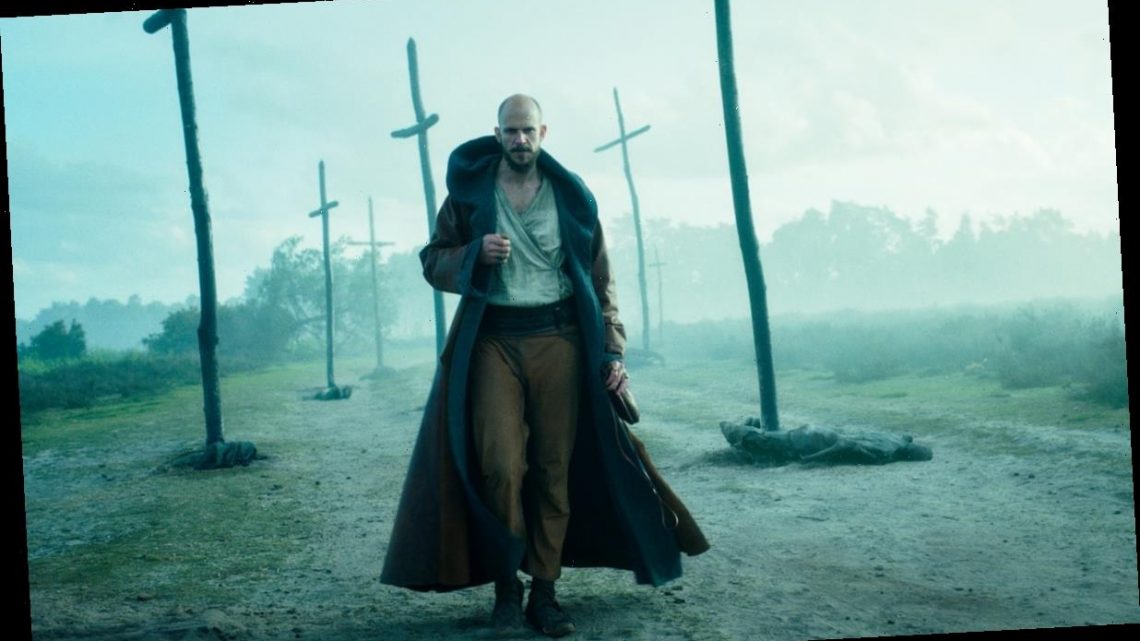 Who Plays Merlin In ‘Cursed’? Gustaf Skarsgård Has Fans Intrigued

In the world of wizards and whatnot, there is no name more legendary in the Western canon than Merlin. Originally "Myrddin," he was first featured in Welsh poetry dating back to the fifth century. The character was a romantic figure, a bard driven mad by witnessing war, who became a "wild man of the woods." His legend inspired variations on the character over centuries, before finally being incorporated into Arthurian chivalric romance. Netflix’s new fantasy series Cursed, being a twist on the King Arthur legend, couldn’t leave him out — but with a twist. But who plays Merlin in Cursed? After seeing the newest iteration of the character, you’re definitely going to want to know more.

Warning: Spoilers for Cursed Season 1 follow. Though there are nearly two millennia of Merlin takes, there are a few characteristics that remain constant: Merlin is long-lived and possesses the wisdom of ages. He’s also usually a trusted advisor of rulers, called in by Kings to use his abilities to help the kingdom or his sorcerer’s sight for advice.

It is also generally accepted that his blessing is part of what helps raise Arthur to power. Swords drawn from stones aside, Arthur probably wouldn’t have made it to the crown had Merlin not been there to guide the way.

Cursed may have reversed the story, so that the Sword of Power chooses Nimue instead of Arthur. But Merlin remains an influential figure, one who has the power to make or break the queen. 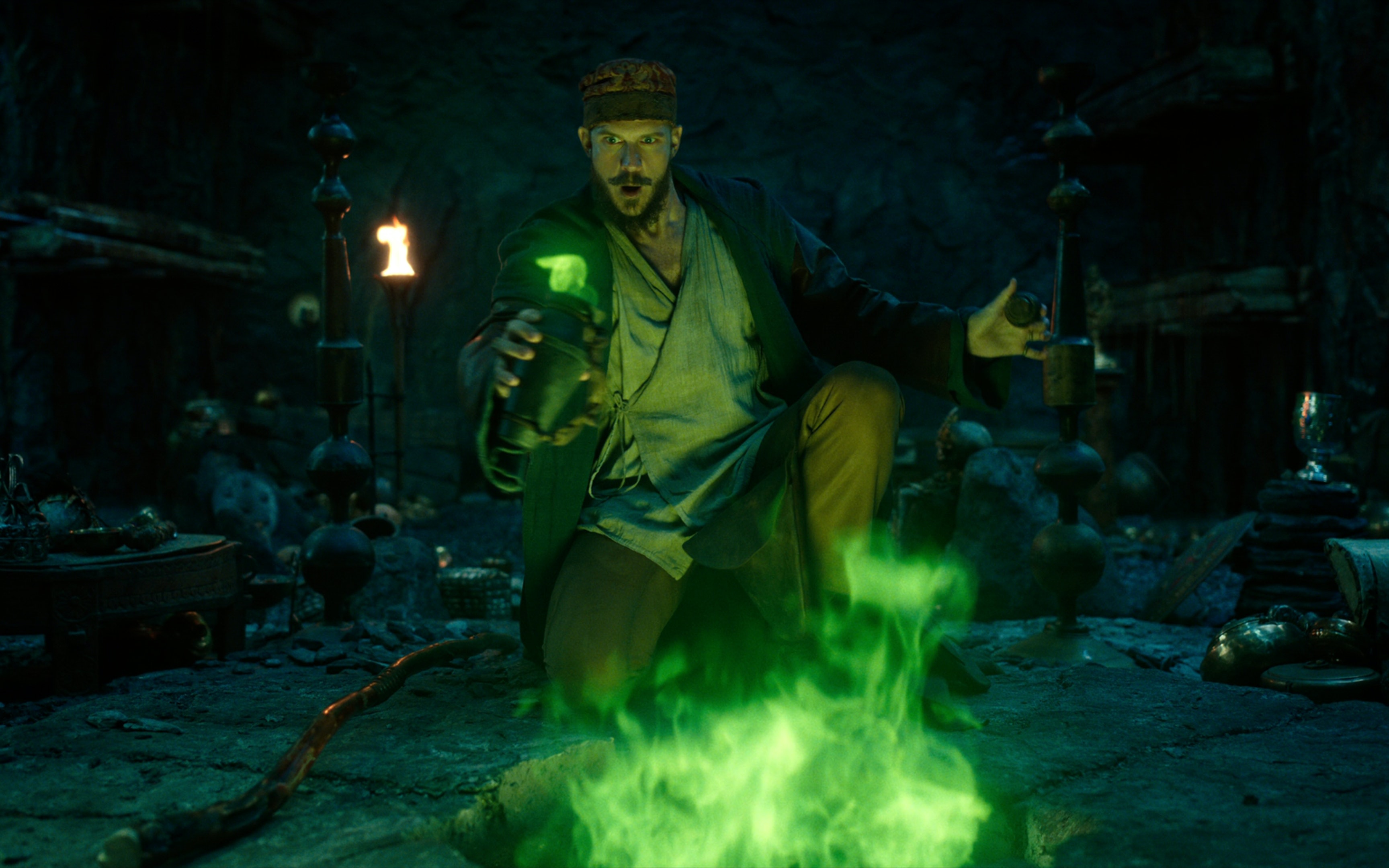 Considering how young both Arthur and Nimue are in Cursed, it’s not surprising Merlin is also aged down. He is no white-bearded older man gazing from a wizened face. He’s played by Gustaf Skarsgård, son of Stellan Skarsgård (Mamma Mia), and brother to Bill (It) and Alexander (Big Little Lies). Viewers recently saw him as Karl Strand in HBO’s Westworld. But he’s best known for his leading role as Floki on Vikings, and his version of Merlin is likewise a virile trickster on a mission.

In this version of the myth, Merlin helped create the Sword of the First Kings, believing it would help bring peace to the world, if "whoever wields the Sword of Power shall be the One True King." (Nimue’s mother, Lenore, drew it from inside him when she found him.) But the Sword stole all his magic, leaving him helpless, and terrified the world would find out about it. His "madness" comes from this trauma and his desperation to keep his secret. Though Merlin fears the Sword will corrupt all who wield it, he believes he must track it down and reclaim it; despite the concern it will destroy him before he can destroy it. When he finds the Sword has chosen Nimue, he fears it will hurt her too.

But Nimue is his daughter, after all, and he wants to help her succeed. He shows her how to control her magical abilities, to master her powers. But he also knows, as his kin, she can fall into the same path of revenge he once walked.

Merlin tells Nimue he will not wield the Sword again; he only wishes to destroy it, if she lets him. But when Nimue refuses and then falls from Iris’ arrows in the finale, Merlin changes his mind. He takes the Sword up in her stead, murdering all those who come at him. In the final moments, viewers see him grab Morgana and disappear in a flash on lightning, though no one knows where they end up.

You can watch Skarsgård in all his magical glory as Merlin in Cursed Season 1 on Netflix now. 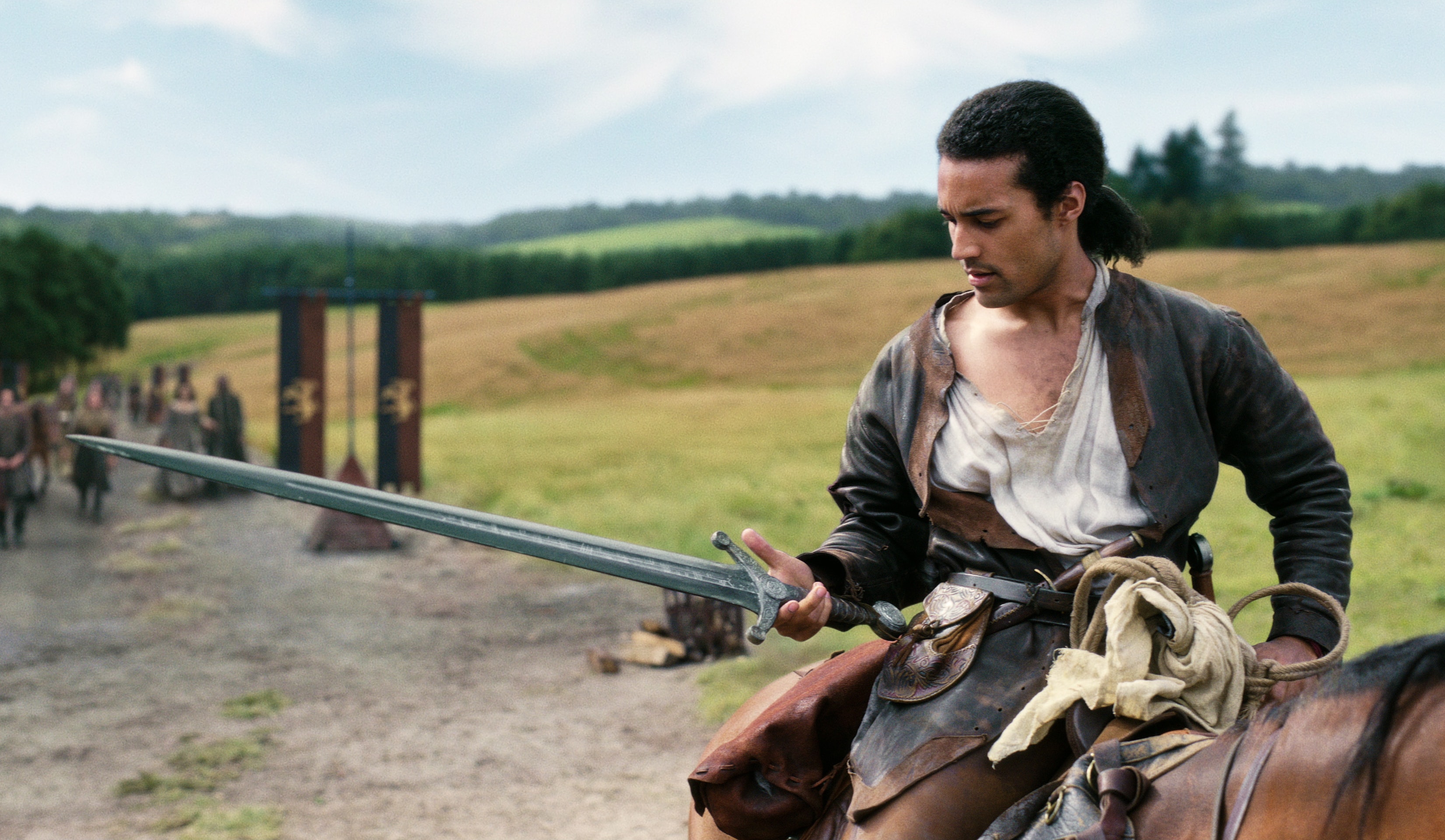 Who Plays Arthur In ‘Cursed’? Devon Terrell May Look Familiar 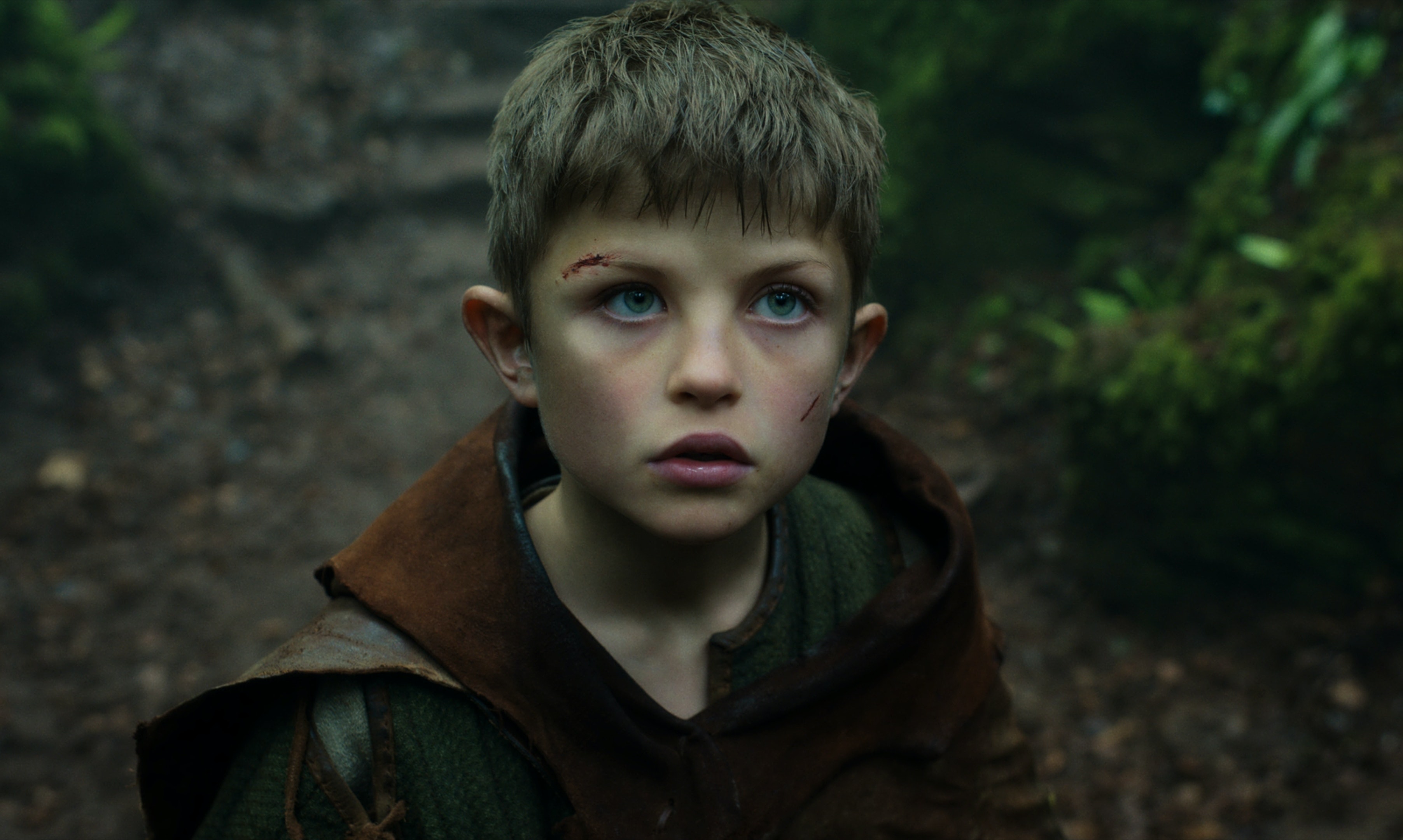 Who Is Squirrel In ‘Cursed’? His True Identity Is A Big Twist 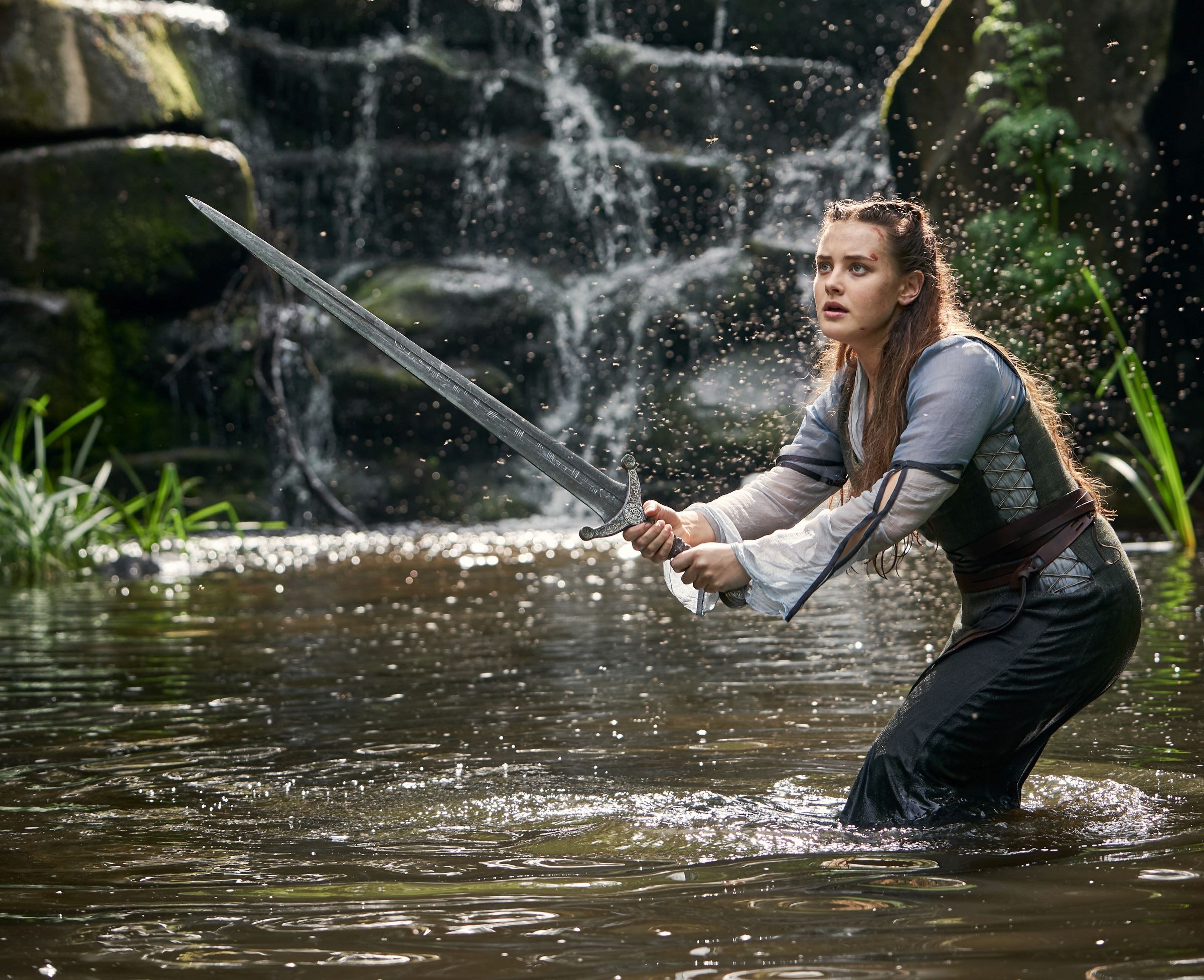