Home » Lifestyle » Who is Isha Ambani, and why are Beyoncé and Hillary Clinton in India for her wedding? 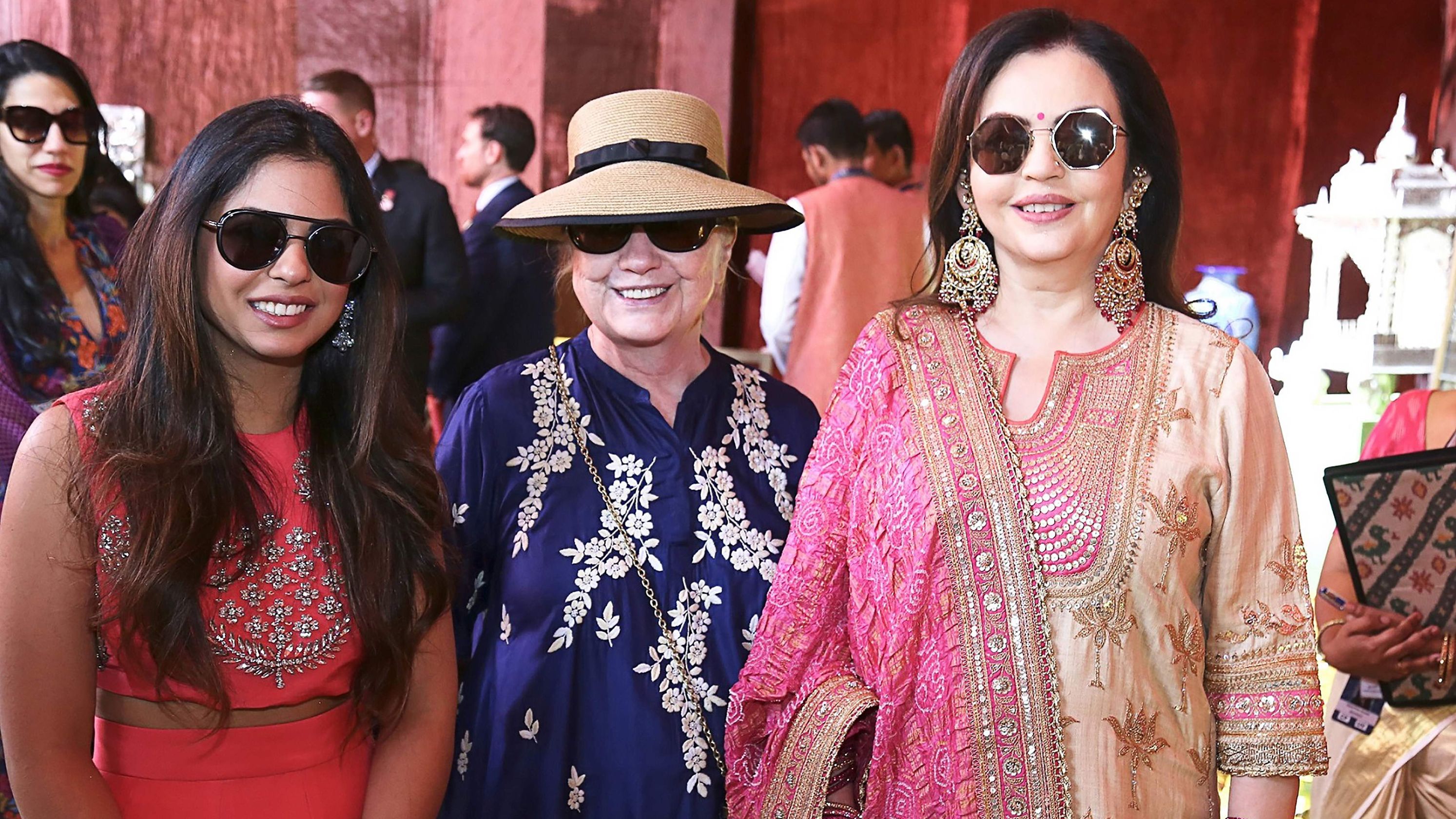 Who is Isha Ambani, and why are Beyoncé and Hillary Clinton in India for her wedding?

Move over Priyanka Chopra and Nick Jonas – the next major Indian wedding is here, and it’s drawing VIP guests including Hillary Clinton, Beyoncé and Arianna Huffington.

Isha Ambani, 27, is set to wed Anand Piramal, the 33-year-old executive director of Piramal Group and founder of Piramal Realty, and if you’ve never heard of the bride-to-be, then maybe you’ve heard of her father.

Reliance Industries chairman Mukesh Ambani is the richest man in India. Mukesh, 61, has held the richest man title since 2008, according to Forbes, with his most recent net worth listed at $47.3 billion.

Ambani seems to be following in her father’s footsteps with her business acumen. The young heiress graduated with degrees in psychology and South Asian studies from Yale in 2014, joining the boards of directors of Reliance Jio and Reliance Retail alongside her twin brother Akash in the same year. In 2015, Forbes named Ambani one of Asia’s women to watch.

Although the happy couple won’t officially get married until Wednesday in Mumbai, the lavish pre-wedding celebrations began this weekend in the desert city of Udaipur, India, according to Reuters.

The Ambanis welcomed Clinton upon her arrival in India, posing for pictures with the former first lady and 2016 presidential candidate.

Although husband Bill Clinton was not in attendance, Indian news outlets show the two Clintons have met with the Ambanis multiple times in the last 20 years.

The star-studded events for Ambani’s pre-wedding celebrations include a private concert by Beyoncé, according to Reuters.