Home » Lifestyle » Who Got Snubbed From The White House Christmas Party And Who Usually Pays? 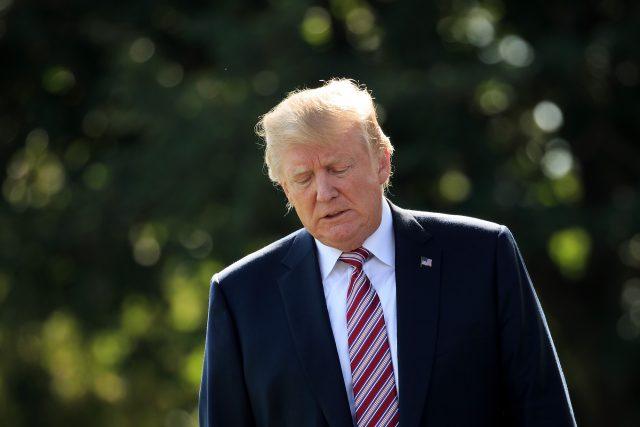 Who Got Snubbed From The White House Christmas Party And Who Usually Pays?

In a completely predictable move, President Donald Trump denied members of the press access to the annual White House Christmas party. Instead of keeping with tradition where the annual party was leveraged as a peacemaking conduit, Trump canceled the decades-long event for the media.

White House reporter April Ryan tweeted about how she doesn’t regret the disinvite and managed to include a small dig in her message (with the Sad! add). “FYI, I had never planned to attend the White House Christmas party last year or this year. Why break bread with folks who hate you & call you names? (@PressSec & @realDonaldTrump) That is not the Christmas spirit I know. I feel sorry for those who wanted to go and can’t. SAD!”

The party will still go on, but with only those who coddle and praise the president.  He is being referred to as a Grinch, but will still drop a significant amount of cash on the shindig.

Trump smashes yet another tradition

Trump seems to be thumbing his nose at nearly all closely held American traditions. He famously refuses to attend the White House Correspondance dinner and denied holding an iftar dinner marking the end of Ramadan. Trump also refused to invite Democrats to the first state dinner too, The New York Times reports. However, one Democrat, John Bel Edwards, the governor of Louisiana, made the cut.

Now Trump has left the media off the guest list to the White House Christmas party. However, “Selected media people generally favorable to Trump, including a few Fox News hosts, have made those guest lists, according to Fox News.

But he may also be jittery about possible impending impeachment, NBC News reports. “The entire question about whether the president committed an impeachable offense now hinges on the testimony of two men: David Pecker and Allen Weisselberg, both cooperating witnesses in the SDNY investigation,” a close Trump ally told NBC News. Which means he may not want to be vulnerable to media questions.

Trump likes to refer to a multi-religious society as waging a “War on Christmas.” But now he’s doing that very thing. “Trump canceled the White House Christmas party for press, because he wants to make it clear he’s the Grinch, leading his annual war on Christmas. But unlike the Grinch, Trump’s heart can’t grow, because he doesn’t have one,” Scott Dworkin co-founder at The Democratic Coalition tweeted.

And political scientist, Ian Bremmer posted, “The War against Christmas is Back On,” with a link to the story about Trump disinviting the press. However, some people agreed with Trump’s guest list writing, “Heh No point in feeding and watering your sworn enemies.”

The party is still going to be ‘uuuge’

If this year’s party is going to be anything like last, the word “extravagance” doesn’t even describe it. Last year, it took 1,600 hours just to decorate the mansion for Christmas, ABC News reports. This included 150 volunteers to wrap 53 Christmas trees, hang 12,000 ornaments and 71 wreaths. And that’s just scratching the surface.

This doesn’t include the $141,944 taxpayers had to pay for the National Christmas Tree Lighting ceremony at the beginning of the month. Or First Lady Melania Trump’s (horror movie inspired) blood red Christmas trees.

So who pays for the party? “Those events are populated with political supporters, state party chairmen, so they cannot be paid for with government money. These are really private events,” Anita McBride, who served as chief of staff to first lady Laura Bush told ABC News. “So the RNC pays for the receptions where there’s food and drink.”

Trump Deportation Numbers On The Rise, But Still Lower Than Barack Obama's

Someone Is Abandoning Cats In Closed Containers Around NYC
World News