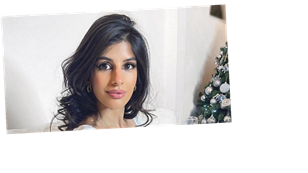 Series seven of TOWIE welcomed a new family duo in the form of Jasmin and Danny Walia.

Jasmin hit the Essex scene after being set-up on a date with James Agrent at the time and she became a well known face following this.

After things didn’t work out with the TOWIE original, Jasmin went on to date a collection of stars from the show including Kirk Norcross, Charlie King and Charlie Sims.

But where is Jasmine now? Let’s take a look…

Where is Jasmine Walia now?

Since leaving the show in 2015, Jasmin has been pursuing her career in music.

The star appeared on The X Factor back in 2014, but was unsuccessful, then in 2016 she released tracks Dum Dee Dee Dum with Zack Knight as well as Girl Like Me. The pair were even thinking about marriage before they sadly split in 2016.

Jasmin can be found posting on Instagram to her 572,000 followers and in her Instagram bio she describes herself as a singer and actress, as well as being a Women of the Future ambassador.

Sharing a photo on her Instagram, the reality star penned: “To be the First British Indian Female Singer in Times Square whatttttt.

“The most important thing that life has taught me so far is to always be determined, hardworking and ambitious. Don’t let others hinder your mindset along the way… keep it going and never give up on anything you dream of! I still have many more goals I want to achieve.”

TOWIE stars: Past and present

The stunning star is often wowing her fans with amazing outfits, and she doesn’t shy away from a glamorous dress.

Her most recent snap with brother Danny came in October 2020 where she wished him a happy birthday.

“Happy birthday to my most favourite person in the universe @dannywalia love you lots and lots,” she penned, adding: “Any sister in the world would wish for a brother like you but your stuck with me so ha.”

Jasmin’s brother was reported to have moved into a new industry altogether, focusing his time on his phone case collection, Strapzy.

The website sold original and custom-made phone cases which have since been popular in the celeb world, however the last post came in 2016 and the website no longer exists.

Danny can be found posting on Instagram to his 17,000 followers and his last post saw him sitting in a chair by some DJ decks with the caption: “In the office working.”

CategoryLifestyle
TagsThe Only Way Is Essex