Home » Lifestyle » When Your Significant Other Is Upset With You, Here’s How You’ll Know 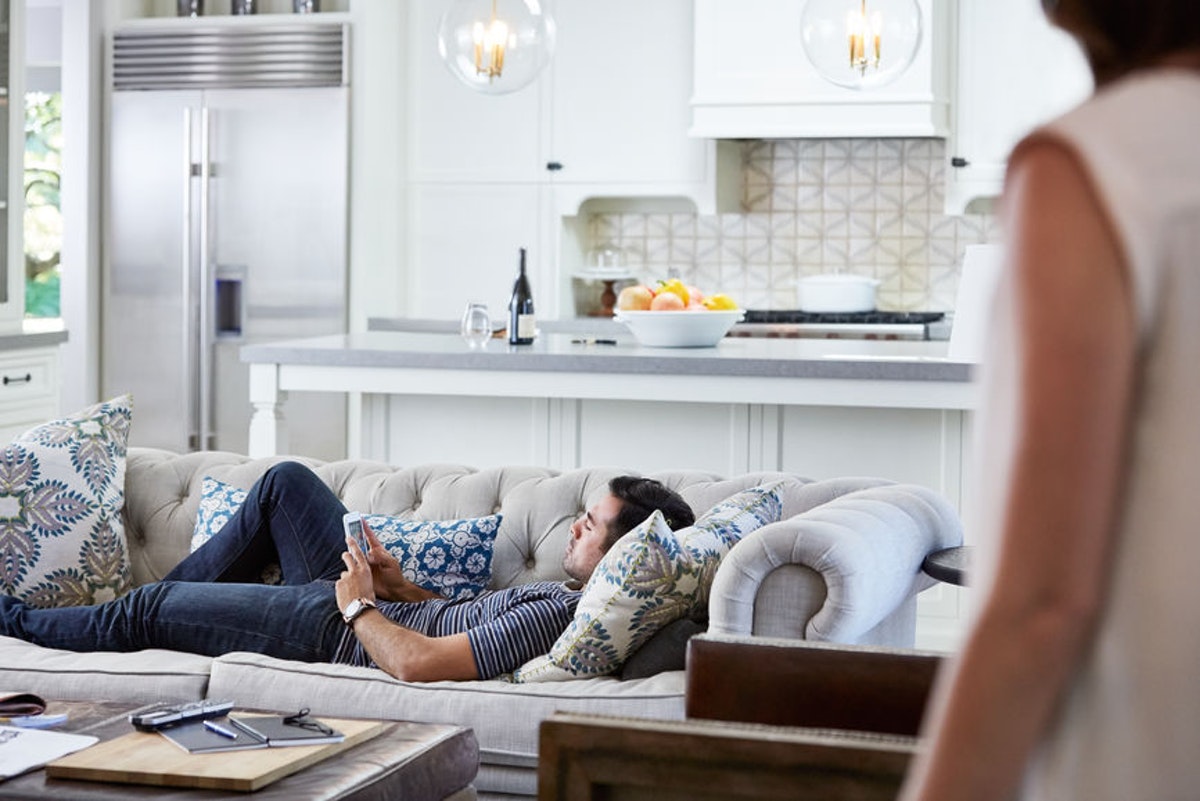 When Your Significant Other Is Upset With You, Here’s How You’ll Know

As great as a relationship may seem on the outside looking in, no relationship is perfect. Whether partners are constantly bickering or there are bigger issues at play, relationships are generally more complicated than they might appear. Couples fight, argue, and disagree all the time, but if you and your partner have healthy communication habits in place, you’ll usually know when your significant other is upset with you because, well, they’ll tell you! But if, on the contrary, you and bae don’t communicate very effectively and they’re not talking, experts say there are definitely ways to tell when something’s up.

"Generally you will know someone is upset with you because the connection will change," sex and intimacy coach Irene Fehr tells Elite Daily. "You will feel them being colder toward you or their behavior will change from their norm, even if they claim that they are fine." So if you have a gut instinct that something is off, chances are you’re probably right. You know your partner best, so if you feel their personality shift, it might be time to have a conversation.

Aside from that gut instinct, keep an eye out for the following four signs that might be indications that bae is salty.

1They distance themselves from you.

One sign that your partner is upset with you is if they’ve started to draw away from you, especially if they aren’t the type to talk about their feelings a lot as is, Fehr explains.

Approaching them about it could be tricky, but Fehr has some advice. "Be willing to listen," she suggests. "Ask them about them. Ask open-ended questions about them that will help them express their hurt and it will help you understand them."

In today’s world, texting is a huge part of how we communicate with each other — partners included. So, if you notice that your significant other isn’t texting how they normally text, they might be upset about something.

"If they begin to text less, respond later, or stop responding altogether, it could mean they are upset and preparing to live with unresolved conflict," Clarissa Silva, behavioral scientist and relationship coach, tells Elite Daily. "Acknowledging their texting behavior face-to-face can help the person stop avoiding the other by giving them hope that you’ll be able to negotiate through the hurt."

"While this may seem like a no brainer, it’s usually subtle," Silva says. "When you’re hurt, you try to avoid being hurt repeatedly. Becoming defensive in cases that don’t warrant defense is your SO protecting themselves against future hurt. The defense reaction is a response to you being the source of the hurt that is unresolved."

Essentially, your partner is already upset about something, so they take an aggressive, defensive approach to situations that follow as a way to defend themselves against getting hurt by you again. It’s tricky, but it makes sense. So if you notice bae is getting uber defensive about things that wouldn’t normally warrant such a reaction from them, that’s probably a sign they’re mad about something.

Again, everyone expresses their hurt and pain in different ways. So while you might be more open to talking it out, your partner might not be. If your partner’s upset and doesn’t know how to talk to you about it, you might notice that they "might get defensive and blaming, trying to find fault in their partner or their actions to minimize the hurt," Fehr says. "This person might try to find reasons why their partner hurt them, to assign blame, or to try to punish them for causing hurt. This can be a very volatile pattern."

If this sounds like a hostile way to handle feelings, that’s because it is, and that’s not fair to you, even if you did unknowingly cause them hurt. "Indeed blaming and punishing for feeling hurt can be the starting point of emotional abuse, and it’s important to catch it in the beginning," Fehr says. "Talking about it is the first step."

There are a lot of ways people can express being upset, and it can be hard to tell if your partner isn’t happy with you if they won’t just come out and say it. But it’s important that you have a conversation where everything gets put out in the open, not just so that you can try to understand where they’re coming from, but so that they can also understand that holding in their anger and letting it build up is not beneficial to either of you.

"The success of a relationship depends on how thoroughly and how quickly couples can work through the upset to repair the hurt feelings," Fehr says. "Couples that do not repair well accumulate hurts and resentments, which erode trust. And trust is the bedrock of any relationship." Don’t be afraid to have that conversation. You both deserve to be happy and move past the hurt, but that can’t happen unless your partner is willing to be honest with you about what’s bothering them. Call them out on their attitude, and don’t accept anything other than the truth. After that, it’s up to both of you to find a solid solution to the problem, and it’s up to them to learn to express their anger or resentment in a more clear, responsible way.