Home » Lifestyle » ‘When people don’t want to talk about your child, it feels very lonely’ 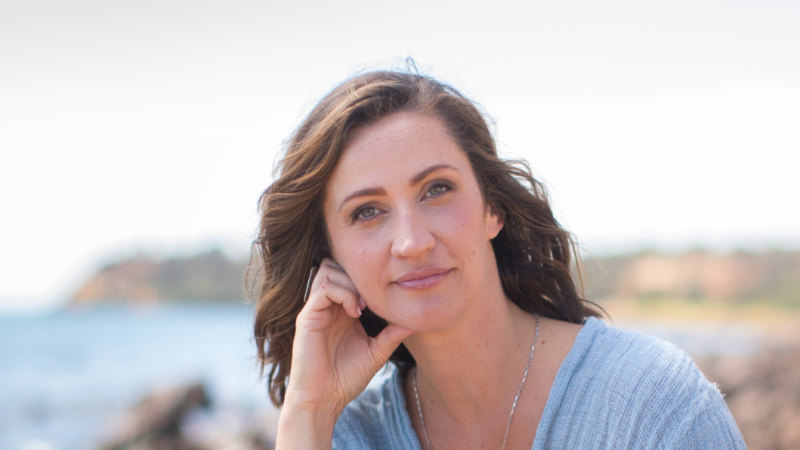 ‘When people don’t want to talk about your child, it feels very lonely’ 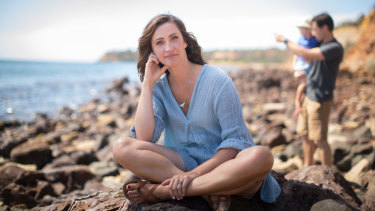 Like any new mum, Ami Summers longed to tell the world about her beautiful daughter, Arla.

To gush about her cupid lips, her long elegant fingers, her cute button nose.

“She was … the most beautiful thing I’d ever seen. Breathtaking,” Ms Summers said. “When I saw her, I was … filled with joy and pride and amazement. It’s still the happiest [my partner] ever saw me.”

But Ms Summers and her partner Dave McCarthy had only 10 precious hours with baby Arla, who had been stillborn at 38 weeks.

As a mother, she wanted to share her experience, but found people didn't always know how to talk to her, or what to say.

“When people don’t want to talk about your child, that feels very lonely,” Ms Summers said. “The number-one thing you can do to help someone in this scenario is to just talk about their child."

“It’s no difference to a child on earth, to a child no longer here with us, you still want to talk about them.”

Although their family and friends were incredibly supportive, Ms Summers spoke to many women who said they suffered in silence due to the enduring taboo around stillbirth.

Each year in Australia, one in 120 births ends in stillbirth or in the death of the newborn. Up to one in four confirmed pregnancies also ends in miscarriage before 20 weeks. Others have described receiving little empathy.

Ms Summers, an artist and leadership consultant, found there was a lack of resources to help women work through their memories. To fill these gaps,  she has created Heart Space — a workbook for parents who have experienced miscarriage, stillbirth or the loss of a child, to help them process their grief.

Nine months after losing Arla, Ms Summers' mental state declined after experiencing a miscarriage, followed by an ectopic pregnancy. A previously optimistic and ambitious person, she lost hope and her sense of self and purpose and trust.

Some days she felt "angry and destructive", while on others she withdrew from the world. She looked for a silver lining, but discovered, "sometimes, it’s just shit".

“I wanted to think more highly of the experience and feel more deeply, rather than just that flight or fight response that trauma triggers in you,” she said.

“Letting yourself feel the enormity and the sadness and shame and anger and the guilt and all that stuff that comes up for you when you lose a child and being OK with it. I really wanted the book to be able to do that for women as well.”

Ms Summers says the book is a place where women can express these difficult emotions.

“But then there’s other parts of the book where you really get to explore that other side of grief,” she explains, “which is really kind of enlightened … and beautiful and is about the connection with your child''.

Ms Summers describes feeling "cracked open". She feels she lost her innocence, but became a more-empathetic person. She says she had to learn who she was after the loss.

“It’s really about what you do with it … this awful experience you’ve been dealt,” she said. “Try and turn it into something that’s really life-giving, rather than sucking the life out of you. Because it can.”

Ms Summers is careful to add that not all grieving experiences are the same. She ran focus groups with women who have also lost pregnancies and children, and their stories and recommendations helped shape the book. A grief therapist also vetted its material and provided expert advice.

She hopes Heart Space will open up the conversation around stillbirth and help to break the taboo around talking about it.

In December, a senate committee report found that our stillbirth rate had not reduced in more than 20 years. The rate among Aboriginal mothers is twice as high. In response, the government announced a national round table to address the rate and $7.2 million for medical research and education programs.

Jackie Mead, chief executive of miscarriage, stillbirth and neonatal death charity Sands, praised Ami’s book for honouring Arla and encouraging women to speak about their babies, saying it was one of the most important things they could do.

“The loss doesn’t go away. It will stay with them forever,” she said.“It’s a part of their story and journey and who they are. Being able to memorialise and grieve is critical to being able to continue a happy and healthy life.”

Ms Mead said bereaved parents often went from feeling life was bearable to moments when they couldn’t take one more breath. She said the best thing about Heart Space was that people could use it at a time and place that worked for them.

After Arla was born in March 2013, Ms Summer and Mr McCarthy left the hospital to return to their Yarragon South farm, where their friends and family waited.

Waiting for them, too, was an empty car seat and nursery. “It was the most bizarre feeling,” Ms Summers said.

A little over two years later, the couple left the hospital once more to their waiting families. But this time they were not empty-handed.

Ms Summers suffered a abdominal hemorrhage and almost died giving birth to their son, Indy, but a few weeks later they were given the all-clear to go home.

“I put him in the car seat and I was like, ‘Oh my God’,” Ms Summers said. “It was just moments like that which filled me with absolute joy because I knew the feeling of not having the little baby in the back. I was just on cloud nine.” 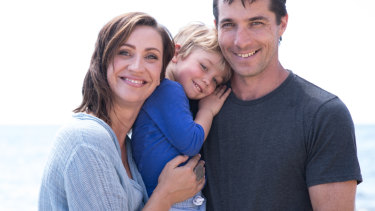 Ami Summers with her partner Dave McCarthy and their son Indy on the beach where they now live in Mornington. Credit:Simon Schluter

Heart Space is available on pre-order here and will be released next month.

Democrats are leaving Hillary Clinton behind

Opera for the ages – with a twist
World News