Home » Lifestyle » When I saw discharge in my pants for the first time, I thought I was dying 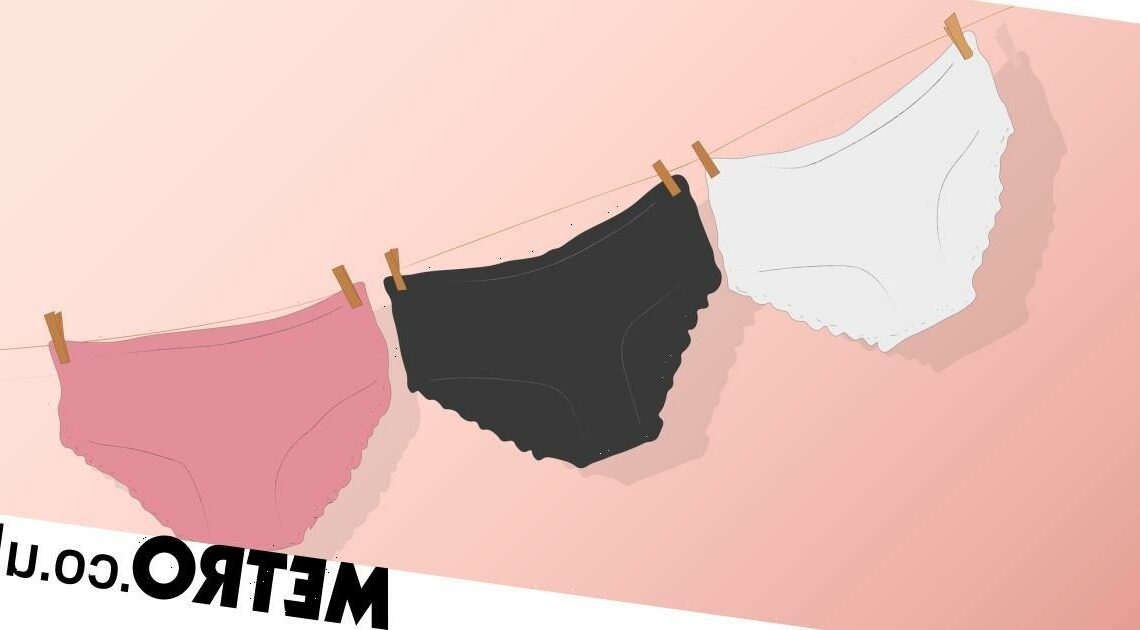 When I saw discharge in my pants for the first time, I thought I was dying 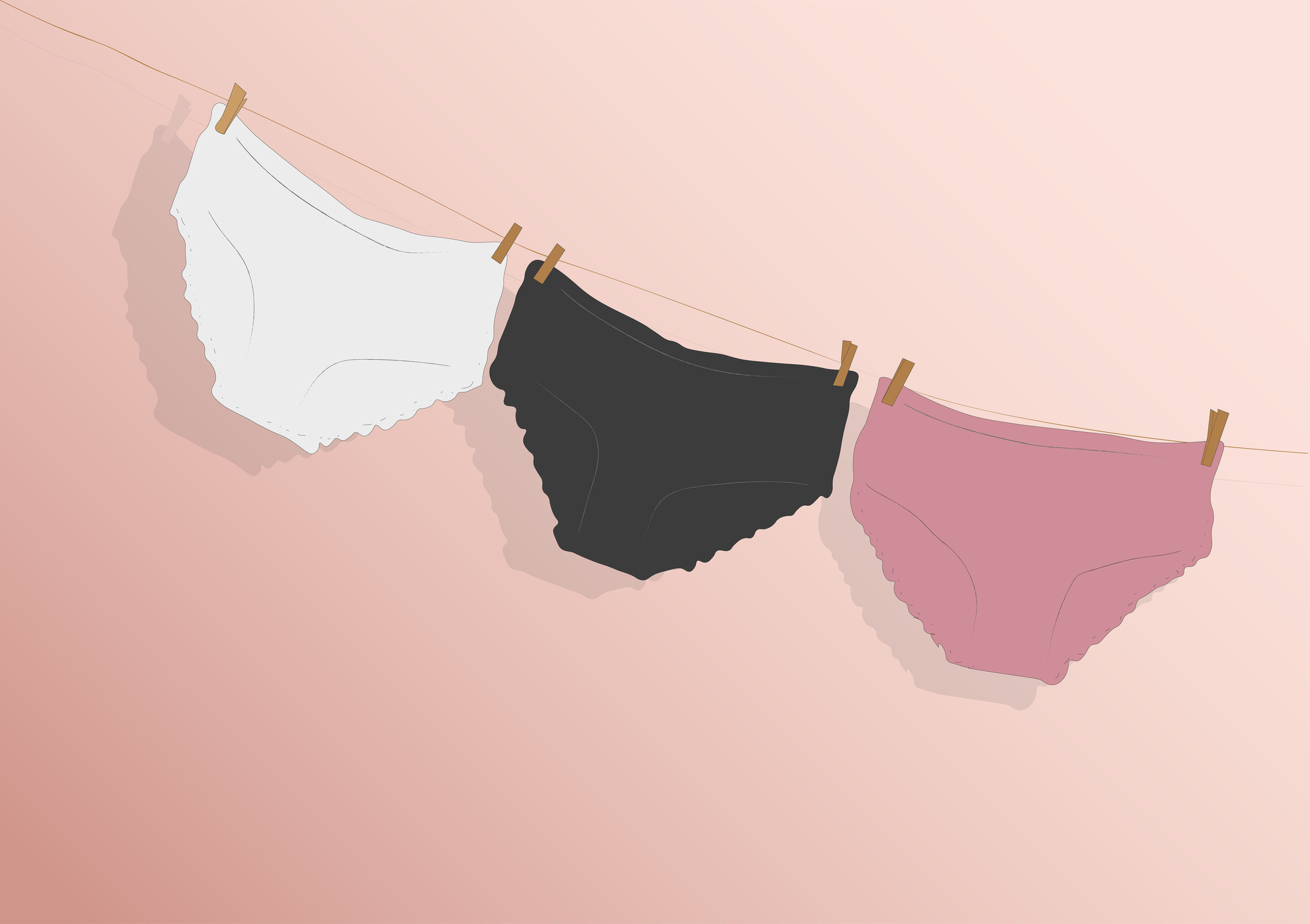 The memory is seared into my brain – the sheer panic and confusion I felt when I looked at my pants one day, and saw a sticky, white goo staring back at me.

My 10 year-old-self was horrified, and took to frantically googling as I was convinced there was something deathly wrong with me.

It took a while to come to this conclusion – sifting through website after website to try and find something that would set my mind at ease, though content on what discharge actually is was scarce, and the anxiety and awkwardness I felt followed me for many years to come.

These insecurities would have been very easily avoided, had the information been readily available and accessible to young people like myself.

Puberty, as we all know, marks the beginning of a number of ‘uncomfortable’ firsts and ‘embarrassing’ discoveries about our bodies, whether that is experiencing your first wet dream or finding the starts of bushy hairs sprouting from your armpits.

Everyone who has a vagina will have that first experience of discharge as I had, and it doesn’t get easier from there as we have to live with the panic of trying to figure out if that gushing feeling is the start of our period, or just the vagina doing its thing.

For many of us, the problem is how we come to understand what it actually is.

The answer, more often than not, is that we do so through our own intuition.

Sex education for me, as I’m sure was the same for many others, was painfully bland.

We learned the bare minimum about puberty, that protection was the be-all-or-end-all (because heaven forbid you would get pregnant) and that, yes, you are safe to have a bath when you are on your period.

Discharge was never even touched upon, which now seems odd to me considering it is just as natural an occurrence as periods or intercourse are.

It is just as important to educate young people about discharge as it is to tell us about periods; just from the colouring or smell of your discharge, you can tell so much about your health, your cycle, and so forth.

But as a society, we seem so scared to talk about discharge; we often feel embarrassed and shameful even though it is something universally experienced by people with vaginas.

We can’t claim that our schools, guardians and parents are providing adequate sexual education when they are too scared to explain basics about the body, and how it keeps us healthy.

Now 21, and having been diagnosed with endometriosis, I have had to learn for myself what is and is not normal for my body and my vagina.

My discharge has been an incredibly helpful way of understanding what my body needs, what is going on, and whether or not something is wrong. Just from the sight and smell of discharge, we can tell so much about our cycle, ovulation, and much more.

Even in adulthood, the mention of discharge seems to make people uncomfortable

Even now that I am menopausal as a result of treatment choices for endometriosis, my discharge continues to show me what I need to know about my pH – whether I am experiencing a bout of thrush, for example – and the general happiness of my vagina.

I can tell a lot from my discharge, but only because I educated myself how to.

Had I not needed to read so many leaflets on women’s health, and had so many tests in the process of diagnosing endometriosis, I likely would have continued to be embarrassed and uneducated about what discharge is.

The general hesitancy to talk about it means that this will continue to be the case for many young people.

Even in adulthood, the mention of discharge seems to make people uncomfortable, likely because we have been conditioned to feel this way after years and years of awkwardness and avoidance of the topic.

Even now, if I have thrush, for example, and I go to the pharmacy for an over-the-counter treatment, people in the queue that can overhear the conversation will edge away, and the pharmacist themselves – especially when the pharmacist is male – will awkwardly shuffle around looking for the medication, doing their best to be overly friendly, avoid eye contact, and hurry the process along.

When this is the reaction you get, it’s no wonder discharge is treated as a ‘dirty’ or ‘shameful’ thing. But why is it stigmatised this way?

Discharge for me is as common an experience as urination or brushing my teeth, and I’ve never understood what the big deal is about it.

Even the most basic of explanations on what discharge is would have saved me hours of anxious googling as a young teen, when I was convinced that discharge was something to be ashamed of, or meant that I was dirty – when the opposite of this is true.

Instead of hiding stained, bleached underwear, I would have understood that this was just something vaginas do.

When I first experienced thrush, at about 15 years old, I would have known what I was dealing with and sought out treatment straight away, instead of feeling embarrassed and trying to ignore my symptoms, leading to a lot of pain and discomfort.

So many conditions that affect the female body go without cures, treatments, or basic recognition, and it just compounds that massive injustice to women and people assigned female at birth that we aren’t educated on the things that science does understand.

How many more generations of people are we going to allow to grow up feeling too embarrassed or ashamed to speak up about their bodies, and having to figure things out for themselves?

I would have benefitted massively from accounts such as @nadyaokamoto on TikTok, for example, who regularly posts content and videos on what discharge should look like, providing a space for young people to see that what they are experiencing is normal, allowing them to educate themselves about their bodies.

But, this isn’t enough – we should not have to seek out reassurance on social media platforms – thorough, accurate education about our bodies should just be a given.

Discharge is one of the many fascinating and complex qualities of the vagina, and should be respected and acknowledged as such, not stigmatised and ignored because adults are too embarrassed to talk about the human body.

We owe it to young people to scrap this unspoken silence about the vaginal discharge – it is not scary, it is not inappropriate talk, it is just another natural function of the body.

And natural bodily functions should never embarrass us – a failure to talk about them should.

Ireland Baldwin Reacts To Dad Alec & Stepmom Hilaria Having 7th Baby: ‘None Of My Business’