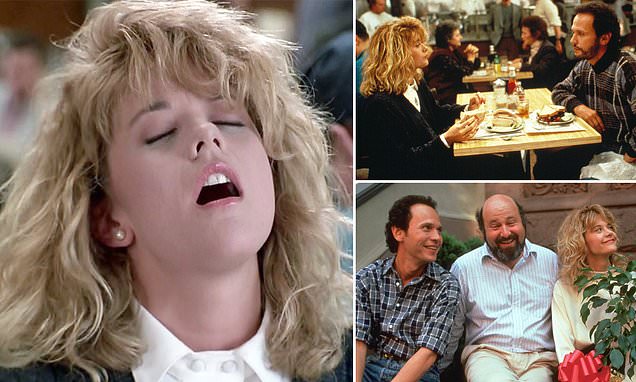 ‘She did it half-hearted at first’: When Harry Met Sally director recalls filming THAT Katz’s deli scene with Meg Ryan – and reveals how ‘nervous’ she was to do it ‘full-out’ in front of a full crew

Meg Ryan’s fake orgasm in When Harry Met Sally is a truly iconic movie moment, but the director of the film has revealed that it took several takes for the star to truly commit.

July will mark 30 years since the iconic rom-com’s release, and this week director Rob Reiner shared some behind-the-scenes stories and surprising tidbits from filming — including that Meg went a bit more low-key on the first couple of takes.

‘For the first couple of times, she wasn’t as committed as she was when we eventually got it,’ Reiner told Entertainment Weekly of the iconic Katz’s Deli scene. 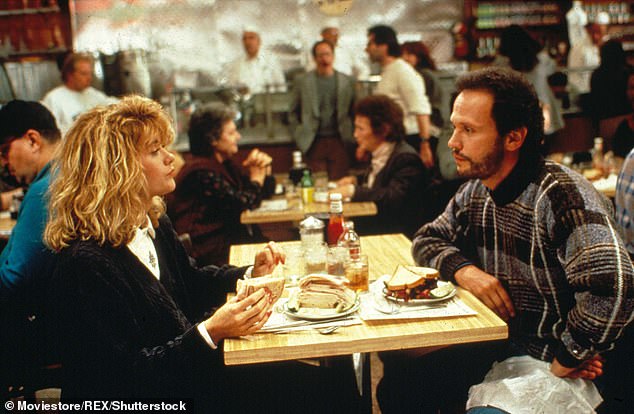 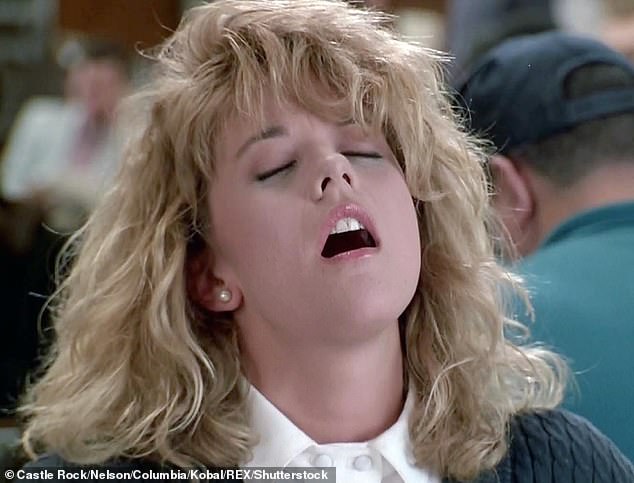 Going for it: He said it took Meg a few takes to really ‘commit,’ noting that she was nervous and her fake orgasm was half-hearted the first couple of times

‘She was nervous,’ he went on. ‘In front of extras and the crew and everything, and you’re having to pretend to have an orgasm in front of everybody!

‘She did it half-hearted the first few times. I kept saying, “No, you’ve got to really go after it. You’ve got to do it full-out.”‘

Of course, the rest — including Reiner’s own mother delivering the line, ‘I’ll have what she’s having’ — is history.

But the director also offered a few other fun facts about the film, recalling how the Pictionary party scene with Harry, Sally, Marie, and Jess was improvised.

In fact, ‘baby fish mouth’ wasn’t even in the script.

‘I [told Meg], “Do whatever you want to do,”‘ said Reiner, indicating he merely gave her the instruction to draw ‘baby talk.’ 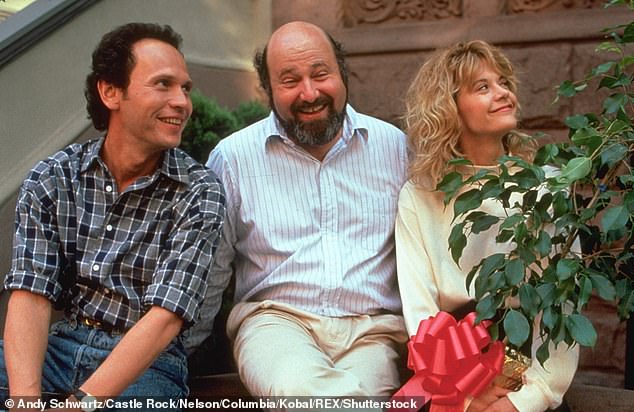 Looking back: The director (center) shared some behind-the-scenes tidbits in a new interview 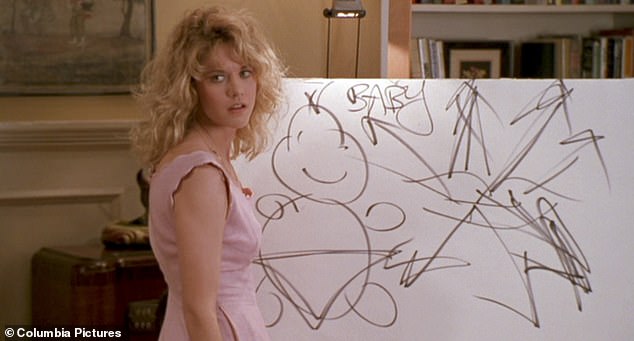 Sweeping the nation: He revealed that the Pictionary scene was improvised, and ‘baby fish mouth’ wasn’t in the script

‘There was nothing in the script; we just asked her, “How would you convey baby talk?”‘ he said.

Her final drawing was ‘so perfectly unclear!’ that it’s no wonder Jess (played by Bruno Kirby) guessed that she was drawing the made-up phrase ‘baby fish mouth.’

Meanwhile, Sally’s super-detailed apple pie order while road-tripping with Harry in the beginning of the film was totally in the script — and a real-life order of writer Nora Ephron.

Ephron and Reiner were having lunch before filming the scene when Ephron ordered just like Sally, leaving Reiner stunned. He insisted they put it in the script.

Even more complicated than Sally’s order, though, was having to film the scene the morning after Harry and Sally first have sex.

In the scene, Jess and Marie (played by Carrie Fisher) are in bed together, and Jess speaks to Harry on the phone at the same time Marie speaks to Sally. 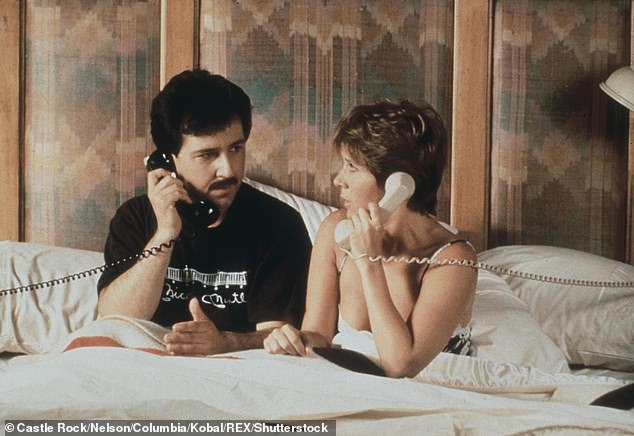 Tricky to pull off! The phone scene the morning after Harry and Sally have sex took a whopping 61 takes

Reiner said there were three separate sets for the scene, all on the same soundstage.

‘The phones were all hooked up to each other, because there are no cuts, if you notice.… If somebody makes a mistake — and it’s a three- to four-page scene — you can’t cover it. You can’t cut away to anything. You have to do it over again,’ he said.

All in all, they had to shoot the scene 61 times to get it. They nearly had it on take 54, but Jess’ last line was flubbed, so they had to start over again.

Finally, Reiner also discussed how Harry and Sally didn’t end up together in the final ending (a story he has shared in past interviews).

‘I’d been single for 10 years after having been married for 10 years, and I just couldn’t figure out how it would work again,’ Reiner admitted.

Luckily, before they locked into the sad ending, Reiner met the woman who would become his second wife, Michele Singer — and finding love again helped him come up with the happier conclusion.