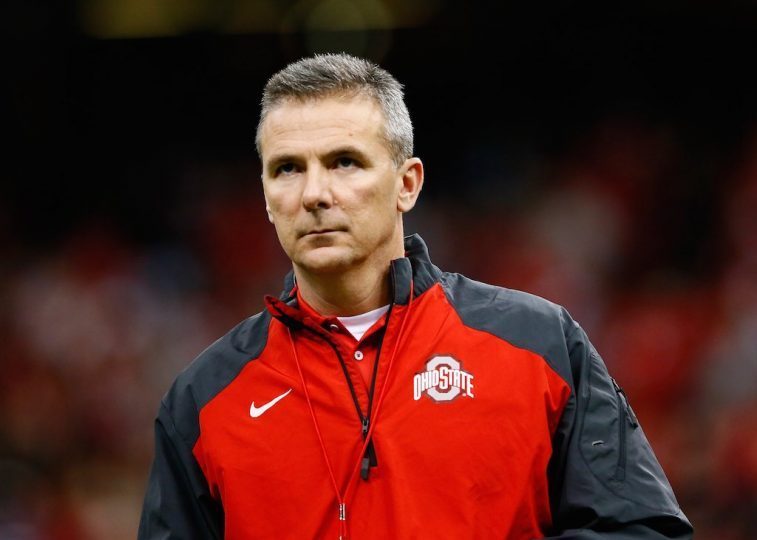 Urban Meyer, the longtime coach of Ohio State University Football, announced that he would retire after this year’s Rose Bowl. Meyer has seen plenty of success as a football coach, which has earned him millions of dollars through the years. But how much will Meyer be worth when he retires?

Meyer got his head coaching start at Bowling Green

Meyer got into the football coaching scene after interning at a high school shortly after college. Afterward, he served as an assistant coach for more than a decade before finally landing a head coaching position at Bowling Green. When Meyer started at Bowling Green, the team had only won two games the previous season. But Meyer spun them around and gave them eight wins during his first season and another nine wins the following season. Following his success at Bowling Green, Meyer took a new job coaching at Utah, where he drove the team to a 10-2 record in his first season. He later moved on to coach at Florida, and won his first national championship with the Gators in 2006. After spending some time at Florida, Meyer resigned, citing he wanted more time with his family and had recently suffered a health scare. He took a hiatus from coaching, but he wasn’t done.

In 2011, Meyer was named the next head coach of Ohio State University. He had an undefeated, 12-0 season during his first year. But because of NCAA sanctions that had been placed during the previous coach’s term, Ohio State was unable to compete for the conference title. In 2014, Meyer helped his team take the title; he became one of only three college coaches to win major championships at two universities.

While Meyer brought a lot of success to the team, he was also at the center of controversy. In 2018, he was placed on leave due to an investigation into one of the assistant coach’s domestic abuse allegations. Meyer allegedly was made aware of the domestic abuse but chose not to follow up on it. As a result of knowing about the accusations, Meyer was suspended the first three games of this season.

Today, Meyer is worth about $20 million

Despite the controversial blip in his career, Meyer easily had one of the most successful coaching careers of all time. A long resume of turning teams around, championships at two schools, and a highly praised coaching career at Ohio State made him one of the highest-paid football coaches. Today, he’s worth an estimated $20 million. Meyer was making a reported $4 million per year while coaching the Gators; he signed a contract with the team worth $24 million. But when he resigned from the job, he left part of that money behind. And in his last year at Ohio State, he’d gotten a pay bump from $6 million per year to $7.6 million. He reportedly resides in Ohio with his wife in a massive 12,000-square-foot mansion.

He announced his retirement due to both age and health concerns

In December 2018, Meyer announced that he’d be retiring as the Ohio State football coach after the Rose Bowl game in January 2019. Meyer had been dealing with painful headaches due to a cyst on his brain. It’s suspected that this is a major reason for his retirement. He’s also 54, and although that’s young to retire, he’s had a long career of coaching and likely wants to spend more time with his family. He has not yet said of any plans for after retirement.