Home » Lifestyle » What to Watch on New Year’s Eve: From Miley Cyrus and Dolly Parton to Dick Clark’s ’Rockin’ Staple 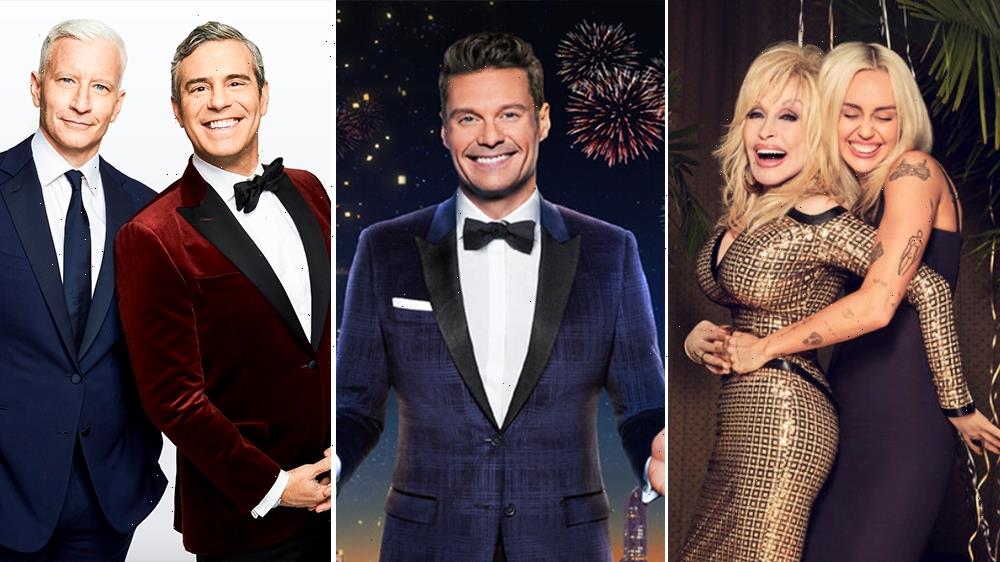 What to Watch on New Year’s Eve: From Miley Cyrus and Dolly Parton to Dick Clark’s ’Rockin’ Staple

Viewers can party along with celebrities like Miley Cyrus and Ryan Seacrest throughout the night on Dec. 31 with a diverse slate of live television programming set to ring in the new year. Networks such as NBC, CBS and ABC are scheduled to air festive TV specials in celebration of the holiday.

Below is a rundown of what programming to watch leading up to the ball drop, with updates to come throughout the month.

Singer-songwriter Dolly Parton will take actor-comedian Pete Davidson’s place as co-host at this year’s event, and Joe DeMaio is set to return to the director’s chair. Lorne Michaels, creator and executive producer of “Saturday Night Live” is executive producing the special alongside Cyrus.

This year’s “Nashville’s Big Bash” is a five-hour celebration featuring a list of performers including Flo-Rida, the Zac Brown Band and Luke Bryan.

Hosted by Jimmie Allen, Elle King and Rachel Smith, the event consists of 50 consecutive performances to keep the music going into the new year. The night’s featured artists are expected to invite special guests on-stage for surprise performances throughout the evening.

Sandra Restrepo will return as director for a second year, and the program is being executive produced by Robert Deaton and Mary Hilliard Harrington in partnership with the Nashville Convention and Visitors Corp.

Five and a half hours of this year’s best in music are in store for viewers of ABC and Dick Clark Productions’ “Dick Clark’s New Year’s Rockin’ Eve with Ryan Seacrest 2023,” which is being celebrated across the hemisphere.

Ryan Seacrest, who has hosted the event 18 times now, will reprise his role for this year’s Times Square celebration alongside YouTuber Liza Koshy and singer Jessie James Decker, who will co-host the Powerball for her fourth consecutive year. Musical performers at the New York-based celebration include Duran Duran, New Edition, j-hope and Jax.

Meanwhile, Billy Porter will co-host from New Orleans, and recording artist D-Nice will function as both the house DJ and co-host for the Los Angeles celebration. Musicians like Wiz Khalifa, Finneas, Armani White, Betty Who, Dove Cameron and Nicky Youre will also take the stage at the L.A. party for musical sets.

The show will also return to Puerto Rico for a second year, with Puerto Rican actress and producer Roselyn Sanchez as co-host and singer and rapper Farruko performing.

Five nonprofit organizations were selected to receive the title of Culture Catalysts during this year’s show: The Center for Black Women’s Wellness, Fund Recovery, The Sato Project, Silence The Shame, Inc. and the Stonewall Foundation.

“Dick Clark’s New Year’s Rockin’ Eve with Ryan Seacrest 2023” will air live on ABC starting at 8 p.m. ET on Dec. 31 and concluding around 2 a.m. ET. The program will also be available for free viewing on the ABC website.

Usher is set to deliver a musical performance live from his Las Vegas residency at Park MGM, and down the Las Vegas Strip, actor-comedian Kevin Hart will join the program from the Resorts World Theatre for an interview and toast. Ellie Goulding will also take the stage to perform a mixture of covers and music from her upcoming album, “Higher Than Heaven.”

CNN’s “New Year’s Eve Live” will air live on the network Dec. 31 at 8 p.m. ET. At 12:30 a.m. ET, CNN anchor Don Lemon will celebrate the countdown in the Central Time Zone live from New Orleans. The New Year’s Eve special is available for live-streaming to paid subscribers on CNN.com, CNN OTT and mobile apps or CNNgo, and will be placed on demand the day after its premiere.