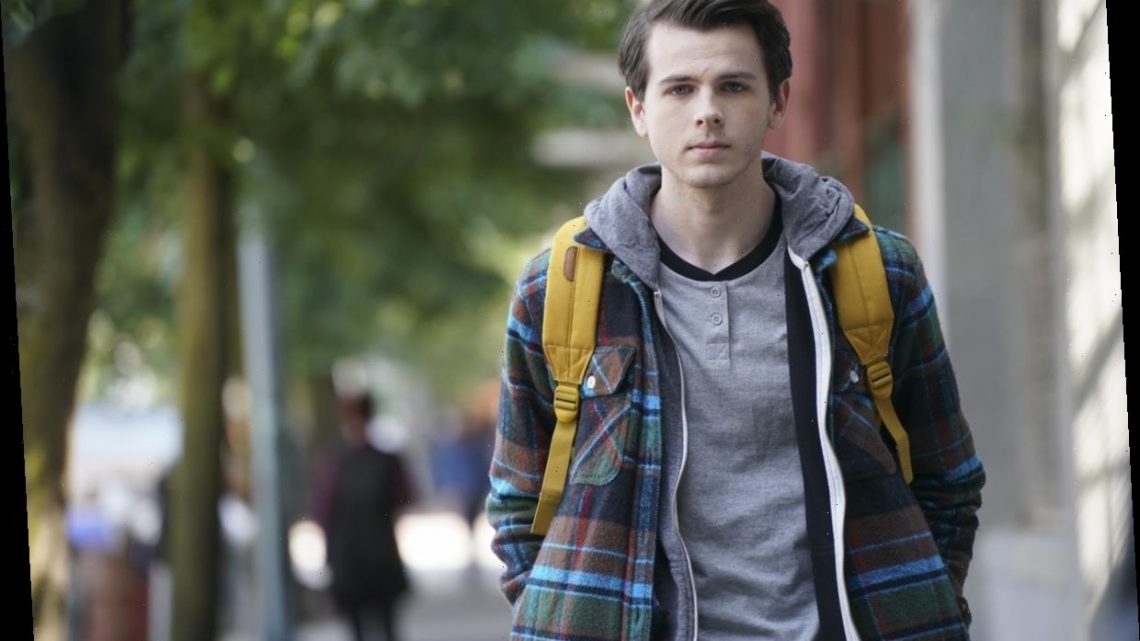 Spoilers ahead for A Million Little Things Season 2, Episode 8. Rome was waiting to find the right time to tell PJ about the DNA results on A Million Little Things, but spoiler alert: there is no right time for news like that. There’s just the truth and giving it right when you get it, and Rome did not do that. That turned out to be a huge mistake given that PJ found the results under Rome’s bed and fled the house.

If he’s upset that the one person he felt he could trust sort of betrayed him, that’s understandable. But, in Rome’s defense, his mother died and he had to throw together a funeral in two days, so he was a little busy. But PJ is just a kid desperate for answers, and he may not understand why Rome waited, especially since he’s also likely still processing the fact that he is Jon’s son. It can’t help that his mom is lying to him about the money his biological father left their family either.

At the end of the Nov. 14 episode, PJ’s dad Mitch came looking for him at Rome’s house — so it’s safe to say that PJ didn’t take the DNA results and go home. Because Delilah was at Rome’s when Mitch arrived, she learned that PJ is Barbara Morgan’s son — but she doesn’t yet know that Jon is PJ’s real father. Mitch doesn’t know that yet either. There are so many ways this show could go from here, and things are about to get messy. Are we sure this isn’t a daytime soap opera masquerading as a primetime network drama?

Right now, PJ is feeling alienated from everyone in his world — including Rome — because he’s been lied to and had secrets kept from him time and time again. But one person he does have a connection with is Sophie, who is now his half sister. PJ is probably not thinking that this life-altering news should come from her mom — PJ is probably just desperate to talk to someone about it, and then that way he can explain why he pulled away when Sophie tried to kiss him. Obviously none of this is going to go over well, but PJ is not necessarily acting rationally.

In an interview with TV Guide, creator DJ Nash said that PJ is in a "desperate place" this season and that he makes "choices that are probably not correct," in an attempt to discover who he is and deal with his newfound paternity. Could blurting out the news to Sophie be one of those incorrect choices?

PJ’s Step-Dad Mitch Is Going To Lose It

Now that both Mitch and Delilah are at Rome’s house with this information that PJ is Barbara Morgan’s son, Rome is probably going to tell them the news. Mitch is not going to be happy that Rome helped PJ get a DNA test behind Mitch’s back. He raised PJ as his own son, and lied to him to protect him (at least that’s what Mitch thought would protect him), and now it’s all unraveling. This news will probably permanently damage his relationship with PJ, and he’s likely to be furious. Mitch didn’t even want to let Delilah in on how Jon and Barbara knew each other in the first place, and now his whole life has blown up. It’s going to get really serious, really fast if and when Rome tells Mitch the truth.

PJ Could Be The Catalyst For Delilah Coming Clean

For Delilah, the news that Jon has his own affair may make her feel less guilty about hers with Eddie and maybe she will see the damage that lying to a child about their parent can do. It could change her mind about lying to everyone about Charlie’s dad. Nash told TV Guide that PJ is mean to be a "cautionary tale" for Delilah. "As Delilah and Eddie watch this young man … struggle with the fact that his [father] was kept from him, [that] will inform their decision of what to do that with their child," Nash said.

The DNA Test Could Be Wrong

We need to talk about the very real possibility that the DNA test might not even have tested Jon’s hair. Rome and PJ submitted Jon’s old Harvard sweater for testing in case there was a hair on it. But what if that wasn’t Jon’s hair that was tested? PJ had the sweater for a while, it could be his own hair. It could also have been Jon’s friend Dave’s Harvard sweater that Jon held onto out of sentimentality. The original storyline of Dave being PJ’s father could still be true.

Chandler Riggs, who plays PJ, previously hinted to the New York Post that PJ would start assuming too much. "He’s going to start to kind of jump to conclusions a bit and get ahead of himself, which might backfire. We’ll see," Riggs said. Nash also commented "interesting" to a fan’s theory on Twitter that PJ’s own hair was tested twice.

Getting at the truth is not the end of things for PJ. If it was, he wouldn’t have fled Rome’s when he saw the DNA results. Now that Jon is (maybe) confirmed to be his father, PJ will have to wrestle with all the lies he’s been told and the fact that his real father is still dead. He also may not be embraced by Sophie and Delilah’s family when they learn the truth, because they may be too shattered about Jon’s lies to them. PJ could be left feeling even more alone that he does now.

Either way, it’s safe to say that PJ knowing the DNA results is going to forever change this friend group and the show going forward. And, in classic soap opera form, it will likely come to a dramatic conclusion in the midseason finale on Nov. 21. As Nash said on Twitter, it’s not to be missed.

The new vintage forager: hunting for nostalgia and a war on waste