Home » Lifestyle » What Is Financial Infidelity? Experts Explain How To Know If You Or You Partner Are Guilty 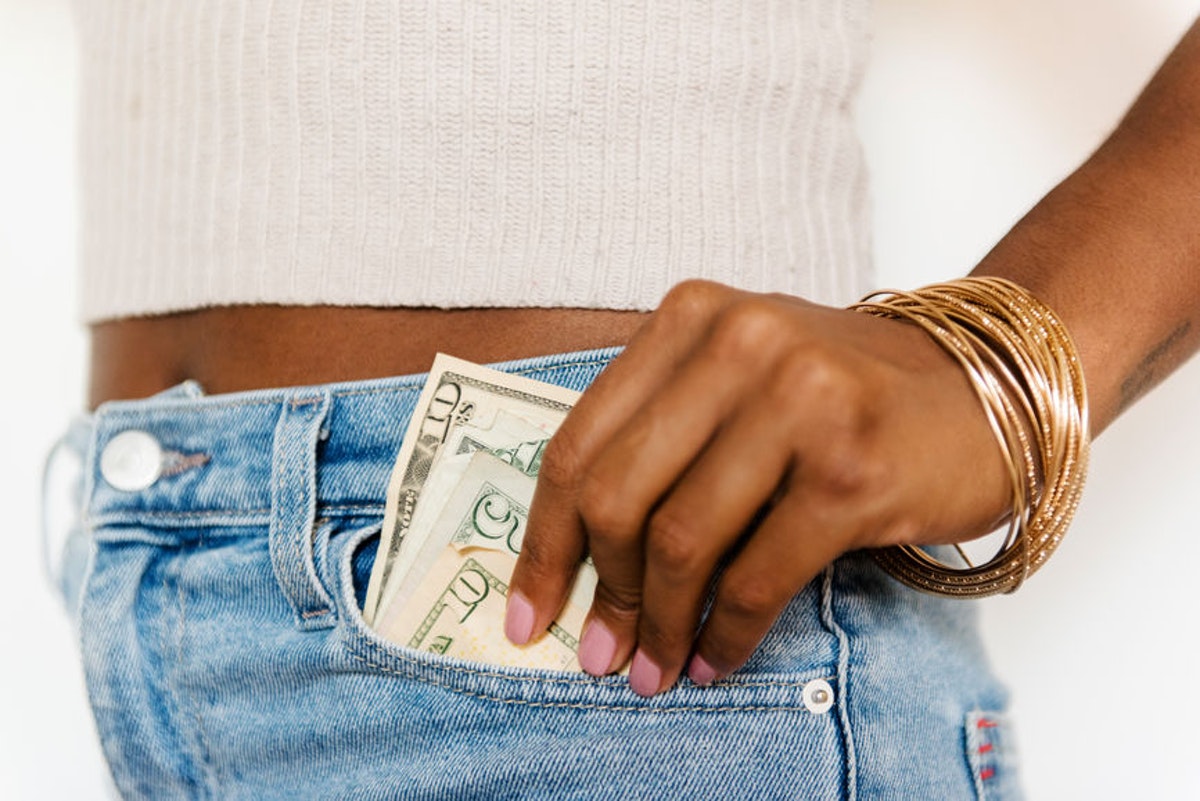 What Is Financial Infidelity? Experts Explain How To Know If You Or You Partner Are Guilty

When it comes to romantic relationships, everyone knows what cheating is. Maybe you have a different definition for it than others, but you know what it is in the simplest of forms. But there’s an entirely different form of cheating that has nothing to do with lusting over someone other than your partner. It’s called financial infidelity, and it’s more common than you might expect. So, what is financial infidelity? And how can you tell if you or your partner are guilty of it?

According to Susan Ball, self-love activist and women’s freedom coach, financial infidelity is defined as "keeping a financial secret that could have negative consequences on your shared long or short-term goals." In short, it’s betraying your partner’s trust when it comes to money. "For example, as a couple, you have agreed that in the short-term you want to save to go to Florida for the winter and one person is doing the work to save each month but the other person is not contributing as agreed," Ball explains.

"Instead, they are taking some of the savings to go shopping, out to dinner, buy take-out, etc. In the end, when the couple looks at their Florida savings account it comes up short because both were not being honest — they were cheating. The partner who has been cheating will tell lies to cover their tracks and this can lead to cracks in trust. It is exactly the same as cheating with another person. Trust is eroded and the one who is faithful to the plan feels cheated and that becomes a long-term trust issue."

It all comes down to honesty, but there are several other aspects to financial infidelity that deserve our attention.

1You aren’t honest about your debt.

Of course, not every couple shares their money or has even discussed their money situation with one another. However, if you and your partner have, and one of you is hiding something, like your real salary or how much you owe in student loans, that’s an example of financial infidelity. "If you agree to disclosing your debt and accounts and haven’t been forthcoming, this also constitutes financial infidelity," matchmaking and dating expert Stef Safran tells Elite Daily.

2You don’t tell your partner you got a raise.

Additionally, if you and your partner are typically open and honest about your money, and one of you doesn’t disclose that you’ve gotten a significant raise or inherited a large sum of money, it might be an issue. "If you find that your partner has received a raise or bonus or created a secret credit card that you didn’t know about and you have combined your financial accounts, that’s definitely financial infidelity," Safran says.

3You lie about how you spend your money.

Even if you aren’t sharing money or married, financial infidelity can come about if you aren’t honest about how you’re spending your money, or you aren’t doing what you told your partner you would do, like in the Florida bank account example we discussed earlier.

"If you are a couple with separate bank accounts and shared bills, the infidelity may appear as ‘I’ll have to pay my share next week,’" Ball says. This would be "another indication that there is dishonesty about their financial situation."

"Questionable charges on a mutual credit card account or any account really, unexplained absences or unexpected outings where a partner refuses to disclose where they were," and "finding unopened merchandise hidden in areas of your home," are all signs of financial infidelity, Dorell explains.

4You won’t even talk about money.

If you’re in a relationship that you hope will continue and grow, then one expert recommends talking about money. But if you or your partner are "refusing to sit down and have a financial date with you to review your accounts and spending," Diana Dorell, intuitive dating coach, tells Elite Daily that it might be financial infidelity, especially if this relationship is a serious one.

Dorell says that talking about your finances is "healthy," so an outright refusal to do so isn’t exactly a good sign.

5There’s a little too much honesty.

Financial infidelity can look different for everyone. In some cases, you or your partner might try to cover up the lies or spending by being almost too honest about shopping, or exaggerating about a deal you got on a certain item. It’s almost like overcompensating — offering all the financial details and owning up to the overspending in hopes that your partner won’t be as mad.

"They might be overly honest or emphatic about certain financial details or how good of a deal they got, creating a facade of over transparency," sex and intimacy coach Irene Fehr tells Elite Daily. For instance, after a big shopping spree, they might come home and tell you that something super expensive was on such a good sale that they just couldn’t pass it up, even though they still spent a significant amount.

Financial infidelity is tricky. At the end of the day, every relationship is different, and you and your partner have to decide what constitutes as financial infidelity together. It might not look the same for you as it does for other couples. But just like transparency is important when it comes to finances, it’s also important to remember that you have every right to privacy when it comes to your own money. If you and your partner don’t share money or finances or bills, and you don’t depend on each other for anything other than love and friendship, then the concept of financial infidelity may play a smaller role for you than it would for, say, a married couple. But if each of you is financially independent, you reserve the right to spend your own money in your own way.

In fact, even in relationships where finances are combined, "People should have the freedom to buy personal items for themselves if they have the money to do so without having to consult with their partner in advance or provide receipts," Trina Leckie, breakup BOOST podcast host, tells Elite Daily. "When there are too many restrictions in place, it can start to harbor resentment. A degree of common sense must be used as well."

Ultimately, just be smart. If you feel any sort of guilt about the way you’re spending your money, follow up on that. Just make sure you’re being honest with yourself and with your partner. You both deserve to reach your financial goals, both personal and combined.