Home » Lifestyle » ‘We will all miss her very much’: fans mourn Melbourne drag queen Miss Candee

‘We will all miss her very much’: fans mourn Melbourne drag queen Miss Candee

An outpouring of love and affection has followed the death on Saturday of performer Miss Candee, who is being remembered as a matriarch of Melbourne’s drag scene.

Hundreds of friends and fans paid tribute on social media to the drag queen, who was a prominent figure in the city’s gay and straight venues for more than 40 years. 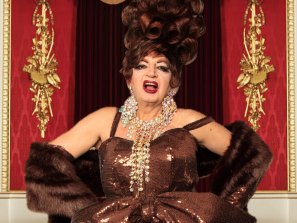 In her element: Miss Candee in a 2018 photo shoot publicising one of her shows at DT’s Hotel in Richmond.Credit:Facebook

DT’s posted on its Facebook page: “The DT’s crew have not only lost a star, but also a much loved family member and friend. We will all miss her very much.”

Melbourne deputy lord mayor Nicholas Reece tweeted: “Melbourne has lost a legend with the passing of Miss Candee. By day a retail assistant at David Jones, by night she was queen of the drag scene. A true original.”

Comedian Joel Creasey posted on Facebook: “Genuinely heartbroken to learn of the passing of the inimitable Miss Candee, a legend of Melbourne and Australian drag. 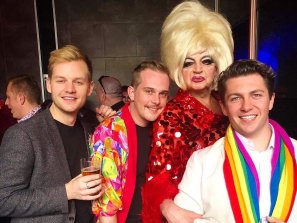 ‘Heartbroken’ at her passing: Comedian Joel Creasey, left, and friends with Miss Candee.Credit:Facebook

“I used to love sitting in club dressing rooms listening to her stories and being thrilled that she even knew my name.”

“I grew up watching this icon of Melbourne drag … she entertained us and made us laugh over the years,” Diamond posted on Facebook.

Nikki Laski, owner of Monarch Cakes in Acland Street, St Kilda, said: “I’m so sad for everyone. Such a lovely person who was universally loved.” 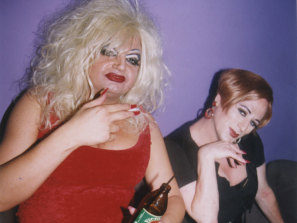 Fellow drag queen Barbra Quicksand said she would never forget her “one of a kind” close friend, who was her stage partner in hundreds of shows from 1987.

She said Miss Candee deserved the title of drag matriarch, being “outrageous and incredibly funny”. Candee had used irony, satire and sarcasm in her anecdotes and audience interactions.

Quicksand, aka Shane Tonks (or “Shar-nay” as Miss Candee would pronounce it) said Miss Candee – also known as Ron Walker – was performing until a month ago. A brief illness caused her death, aged 68.

Quicksand said Walker was well-known in retail circles, having worked for city outlets such as City Hatters, Henry Buck’s and David Jones and as a waiter for restaurants such as Rosati. 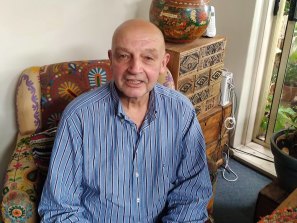 “He was an incredibly well-groomed and well-presented man. Very quiet and softly spoken and yet [alter ego] Candee was outrageous and raucous. But he loved performing. He made his own costumes and took enormous pride in that.”

Walker, born in Warrnambool, started performing drag at age 21 and by the 1980s was part of the group Miss Fitz at the Ritz. He was later part of the acts Transisters and The Dynamic Duo with Quicksand, at clubs like Inflation and 3 Faces.

Quicksand said in the mid-1990s, she and Miss Candee were among the first drag acts to perform in the Melbourne International Comedy Festival.

Walker is survived by his sisters Victoria and Julie and brother Peter and their families.

A memorial show is being organised, with the date and venue to be announced on DT’s Hotel Facebook page.