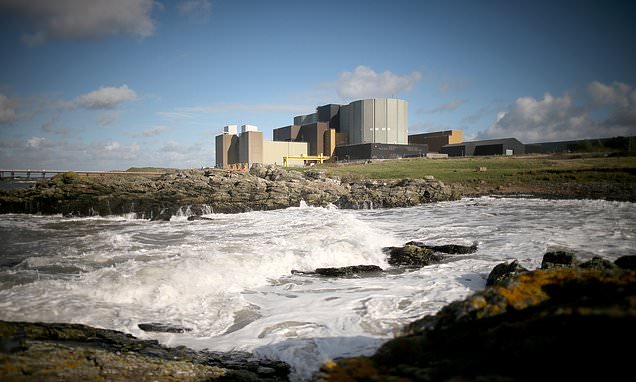 After Japanese firm Hiatchi scraps its £20bn nuclear power plant in Wales ALEX BRUMMER says: We need to move fast so the lights don’t go out

Who will keep the lights burning in Britain? That’s the question we must all ask after Hitachi withdrew from the UK’s plans to replace our ageing nuclear power stations with state-of-the-art reactors.

Be under no illusions – this is a disastrous setback to our nation’s energy future.

In a few short months, two Japanese firms, Toshiba in Cumbria and now Hitachi at Wylfa on Anglesey, have fallen by the wayside because of escalating costs.

This leaves the £20billion Chinese-financed Hinkley Point in Somerset as the only potential new nuclear reactor on course to be built.

Britain relies on its nuclear plants to provide electricity for factories, homes and businesses.

Remember, when the wind doesn’t blow to keep turbines turning, or the natural gas supplies from abroad are interrupted, we are dangerously exposed. At present, nuclear is providing 21pc of the UK’s power supplies. 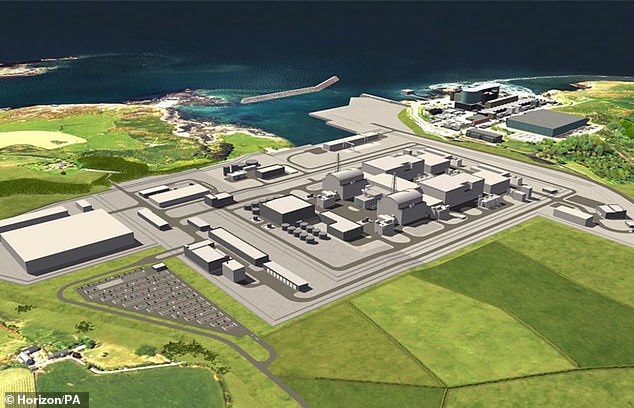 Japanese firm Hitachi has suspended plans for a muliti-billion pound nuclear power station in Anglesey, north Wales, claiming they failed to reach agreement on financing and associated commercial arrangements for the Wylfa project

Now the Government must make hard choices – and fast – to guarantee the nation’s energy security.

It might, for example, pay dividends to investors before the project is completed. That’s how the Thames Tideway, or super-sewer, in London is being built. Or it could take up a Rolls-Royce initiative to build a series of small ‘modular’ nuclear reactors.

Alternatively, the Government could decide nuclear is simply too expensive and complicated, and that cleaner natural gas is the way forward.

That would require it to renew investment in gas storage and/or find some way of speeding up fracking activity, which promises to produce relatively cheap gas.

The simplest way forward may be to encourage Chinese investors, already financing the new EDF plant at Hinkley, to fill the gap left by Japan’s nuclear investors (who got involved only when two German energy giants withdrew).

Dragging in the Chinese might require a promise to pay them a higher price once the electricity comes on stream – and that would be highly controversial. Already the ‘strike price’ agreed for power generated at Hinkley is far above the usual wholesale price. 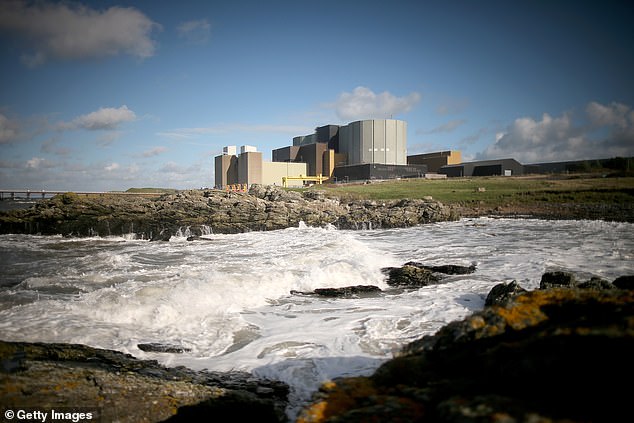 The British government signed an agreement with Hitachi for the Wyfla power station in Tregele, Anglesey on October 23, 2013

It would also raise the same delicate national security questions the Government faced from GCHQ when the then chancellor George Osborne embraced Beijing.

Despite this new setback, I have no doubt we should persevere with the construction of nuclear power stations. They will provide a reliable source of energy that is not at the whim of the weather or international strife.

Natural gas is still the cheapest source of energy generation. But most of Britain’s gas currently comes from Qatar in the Middle East, or through North Sea pipelines from Norway and Russia.

Supplies from Russia have in the past been interrupted by crises in Ukraine and Georgia, while the Middle East remains a tinder box.

A key way of overcoming these obstacles would be to step up natural gas production in the UK.

This is already happening in the North Sea where extraction is getting cheaper. But the real bonanza would come if large-scale fracking could take place here – as it has in the US, where it has slashed reliance on foreign energy.

The biggest problem has been the Government’s refusal to tackle the danger of a looming energy crisis.

The Brexit paralysis means that preoccupied ministers have spent far too little time making sure we have sufficient energy to keep our factories working, and making sure citizens can turn on their lights and not freeze in their beds. 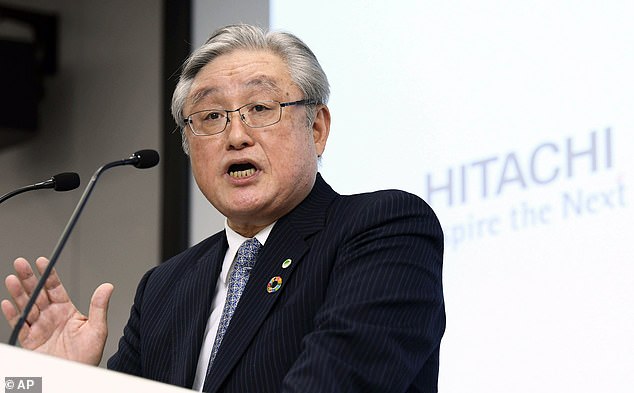 Japanese firm Hitachi scraps plans for its new £20billion pound nuclear power plant in Wales putting 9,000 jobs at risk amid claims Brexit diverted the Government’s attention away from talks with the company

By Francesca Washtell For The Daily Mail

Britain’s energy strategy has been plunged into crisis after plans to build a new nuclear power station in Wales were ditched.

Japanese firm Hitachi suspended work on its £16billion Wylfa Newydd nuclear plant on Anglesey as costs mounted, it failed to attract new investors and turned down a deal from the Government.

The plant had been due to be completed by the middle of the 2020s, providing around 6 per cent of the country’s electricity – enough to power five million homes. It was expected to create 8,500 jobs during the construction phase and 850 jobs over its 60-year operational lifespan.

Hitachi has also put on hold plans for a nuclear power station at Oldbury in South Gloucestershire.

Last year, Toshiba decided against proceeding with a proposed nuclear power station in Moorside, Cumbria after it ran into several difficulties

Duncan Hawthorne, chief executive of Hitachi subsidiary Horizon Nuclear Power which was developing the Wylfa Newydd site, said: ‘Despite the best efforts of everyone involved, we’ve not been able to reach an agreement.’

Hitachi had been in financing talks with the Government since June. The Government proposed it would take a one-third stake, would finance all the debt during construction and raised the price it would pay for electricity the plant produced. But this was not enough for Hitachi’s board, which said it will now write off about £2.2billion it had spent on the project.

Business Secretary Greg Clark told MPs yesterday: ‘I was not prepared to take on a larger share of the equity, as that would have meant taxpayers taking on the majority of construction risk and the Government becoming the largest shareholder with responsibility for the delivery of a nuclear project.’

As Britain’s coal-fired power plants will be shut by the mid-2020s and existing nuclear reactors will wind down in the early 2030s, the Government is now facing questions about how it will plug the gap left by the abandoned power stations, with experts claiming it will be forced to rely on Chinese investment to keep the lights on.

Hinkley Point C in Somerset, which is being built by French firm EDF with Chinese backing, is now the only new nuclear plant under construction. The two remaining new nuclear power stations in the pipeline – Sizewell in Suffolk and Bradwell in Essex – both have Chinese investment.