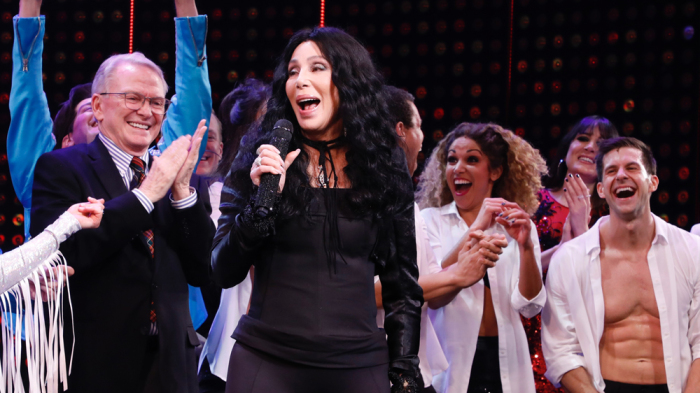 Kanye West may have caused some unwanted drama at the opening of Broadway’s “The Cher Show” on Monday in New York, but thankfully his alleged bad behavior didn’t come close to spoiling the evening.

Cher herself caused fantastic frenzy as she glided down the aisle of the jam-packed Neil Simon Theatre toward her seat. All eyes were on her as Bryan Cranston, who is returning to Broadway himself as Howard Beale in “Network,” greeted her with a warm hug.

“It’s just so close to the bone,” Cher told reporters earlier on the red carpet about the Jason Moore-directed musical. “The actors in this play, I couldn’t have gone anywhere and found better people. I am not kidding. When I see them sometimes, I’m, like, in tears.”

“What took so long!?” asked actor Erich Bergen about the tribute biography. “What people have to recognize about Cher is that she is the definition of being an original.”

After the final act, the audience took to their feet and roared in confetti-filled applause as Cher graced the stage with the cast to sing “If I Could Turn Back Time.”

“We could not be here without this singular person,” said the show’s Stephanie J. Block. “She is everything. She is courageous to put her life up here and she is genius and she is fabulous.”