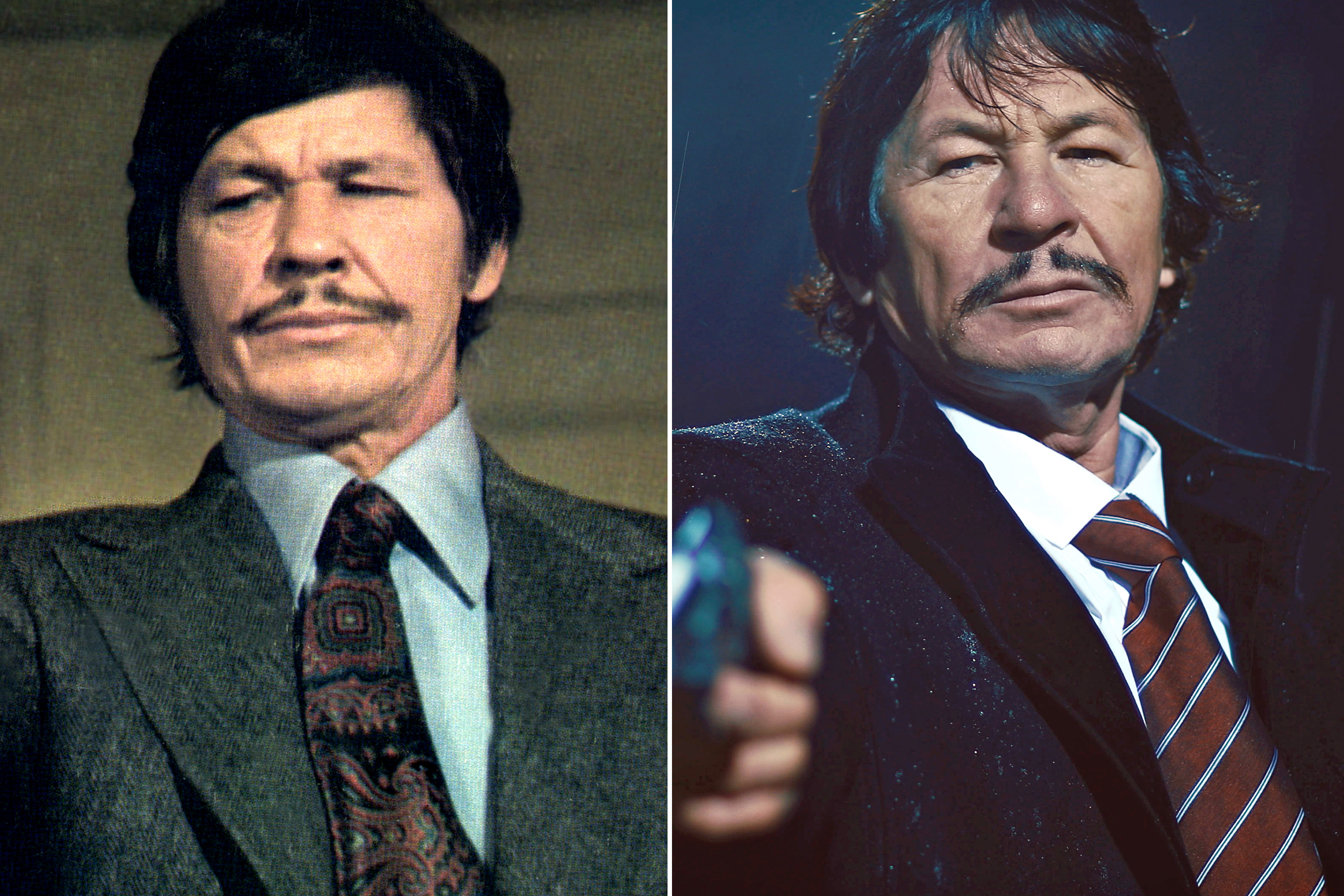 Was Charles Bronson reincarnated as this Hungarian action star?

Director Rene Perez was in a bar in Spain a few years ago when he spotted a Charles Bronson photo on the wall. He asked the bartender why he didn’t recognize the movie it was from.

For good reason, the bartender told him. It wasn’t Charles Bronson.

Turns out, it was a picture of Robert Kovacs, a performer at a local Wild West stunt show.

Intrigued, Perez met with Kovacs and later flew him from Spain to California to star in last year’s “From Hell to the Wild West.”

So began the unlikely career of the Hungarian Charles Bronson. Robert Bronzi, as he’s known, now has a second film, “Death Kiss.” Directed by Perez, it’s an obvious, albeit low-budget homage to Bronson’s 1974 “Death Wish” in which Bronzi plays a mysterious vigilante who protects a mother and her child.

“So many people from many countries and all walks of life contact me and say they are huge fans of Bronson and really enjoy what the movie has done,” Bronzi tells The Post from Hungary. “The movie makes them feel like they are seeing the great action films of yesteryear again.”

At 62, Bronzi is suddenly enjoying a career in film. Born outside of Budapest, the son of a coal miner, he grew up caring for livestock and learning carpentry. His favorite pastime was visiting the local cinema to watch American Westerns.

“Ever since I saw [Sergio Leone’s 1969] film ‘Once Upon a Time in the West,’ I wanted to entertain and perform,” Bronzi says.

‘He’s no spring chicken, but he has a lot of energy’

To this day, he remains physically active.

“He’s no spring chicken, but he has a lot of energy,” says “Death Kiss” producer Jeff Miller. “I saw him pick up a big stump and throw it over his shoulder and carry it for a scene.”

Bronzi says he lifts weights regularly and trains in judo and the boxing discipline Muay Thai three nights a week. When he’s not shooting movies in Hollywood, he works with his nephew’s construction company in Hungary.

His physique is important, because, like Bronson, his characters are the classic strong, silent types.

“Bronson was a man of action, a man of purpose,” Bronzi says of the tough guy who died in 2003 at age 81. “In his performances, he did not look for anybody’s approval . . . He talked with his actions and never let anybody get over on him.”

One thing Bronzi does have over his eponym. According to his “Death Kiss” co-star, Daniel Baldwin, who appeared with Bronson in the 1995 TV movie “Family of Cops,” Bronzi is bigger and taller than the real thing.

The look-alike is currently shooting prison B-flick “Escape From Death Block 13” for Miller’s company. But Bronzi says his ultimate Hollywood dream is to star in a big-budget Western.

“[My character] gets the girl, maybe plays a song or two, and rides off into the sunset,” he says.

The former Wild West performer may have spent a bit too much time on the range, however.

During the “Death Kiss” shoot, Miller took him to a California diner called the Black Bear. When Bronzi’s food arrived, he looked at Miller and asked hopefully, “Is this bear?”

Pete Shelley: 5 Things To Know About The Lead Singer Of The Punk Band The Buzzcocks Who Died At 63