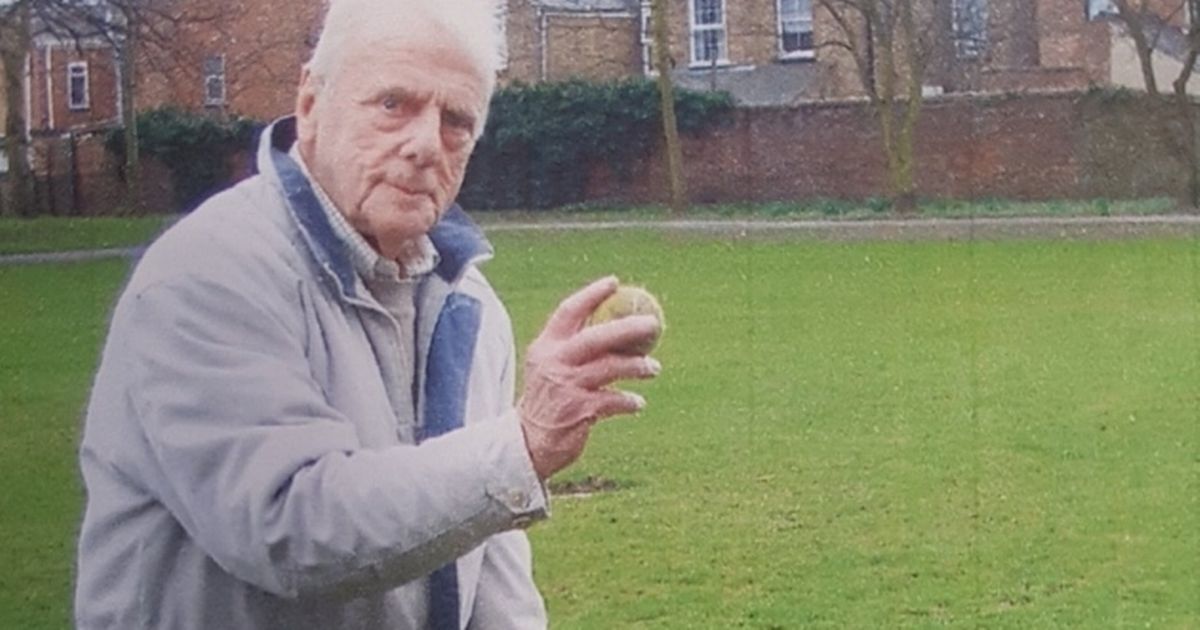 A war hero was vomiting faeces until he died after he was sent home in agony from hospital, an inquest heard.

William Atherton’s family say he died the next day from a severe bowel obstruction and have blamed the neglect of medical staff.

The 92-year-old began was throwing up faeces the morning after he was given the all clear by doctors to go home having been told he only had constipation.

The horrified family of the former Royal Navy officer called paramedics the day after he was discharged who rushed him back to hospital.

But, suffering from septic shock caused by the undetected bowel obstruction, he died that afternoon.

His son Simon and daughter Sue have been asking questions of the Queen Elizabeth Hospital, King’s Lynn, hospital ever since their father’s death on May 31 last year.

At an inquest on Wednesday they accused the Norfolk hospital of neglect and said he never should have been discharged.

The family said he came out of hospital on May 30 in a worse condition than when he went in the day before.

The great-grandfather from Wisbech, Norfolk, was sent home unable to feed himself, bedbound and confused.

Simon Atherton, a retired roads police officer from Attleborough, said: "Our dad was a fine man who fought for his country but he was written off by the hospital. He died in the most horrible circumstances.

"The QEH fell far short of the standards one would expect."

The hospital admitted errors and carried out a "serious incident report" into Mr Atherton’s death.

But the family described the report as "misleading" and said the full extent of the hospital’s failings were only now coming to light after pressure and an investigation by them, which increased their distress. But several doctors, who assessed Mr Atherton, all agreed he was fit enough to go home and the X-ray did not show a bowel obstruction.

He was given an enema to relieve what medics believed was constipation.

Surgeon Hugh Warren told the family in a meeting earlier this year that the grandfather-of-four was discharged too early, the inquest was told.

But in evidence to the inquest in King’s Lynn he said was happy to discharge Mr Atherton.

Assistant Coroner for Norfolk Yvonne Blake described his evidence as "contradictory" and "unhelpful".

Ms Blake also raised her concerns about the hospital’s discharge procedures. She is writing a letter to the QEH to prevent future deaths.

The way the hospital discharges patients was also criticised by inspectors from regulator the Care Quality Commission (CQC) when they rated the QEH as "inadequate" in September. "Staff raised concerns that there was a focus on quick discharges rather than ensuring all patients needs had been considered," inspectors found.

Mr Atherton, who served in the Far East during the Second World War, had a history of medical problems including Parkinson’s and also had a Do Not Attempt Resuscitation order (DNAR) in his medical notes which the family said they were not aware of.

His frail condition meant even if the obstruction had been identified he would not have been operated on, the inquest heard.

But his daughter Sue Newns said he could at least have avoided such a horrendous death.

On Wednesday, Dr Nick Lyons, acting chief executive of the QEH, said: "We wish to express our condolences to the family of Mr Atherton and we shall endeavour to learn from the sad events surrounding his death.

"The Trust has recently initiated the new National Early Warning Score system (NEWS2) well ahead of schedule and staff have received appropriate training.

"Our discharge processes are also being refined to ensure that they are appropriate for all patients in our care."

Teenage girl struggling with heroin addiction is crowdfunding for rehab