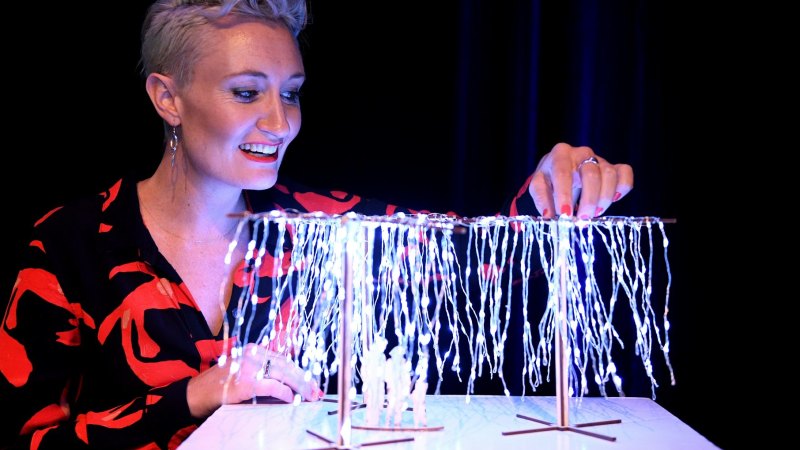 Vivid Sydney takes steps to lighten up the crush

This year's Vivid Sydney will take steps to reduce the overcrowding that last year had some asking whether the outdoor component of the popular festival had become a victim of its own success.

In particular, the one-way pedestrian flow that caused frustration for many of the event's 2.25 million visitors will be scrapped. 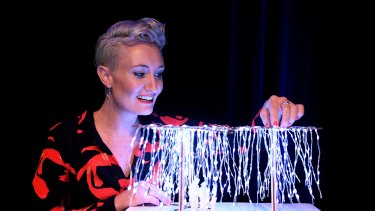 Lucy Keeler with a scale model of the light installation titled Let it Snow.Credit:Dan Himbrechts

"Vivid is successful," says Lucy Keeler, the curator of Vivid Lights. "It has a large amount of visitors and last year showed us a few things that we needed to address.

"We've completely redrawn the light walk this year as far as crowd flow goes. There will be no one-way walking system this year. We will be very thrilled for people to move freely around our festival." 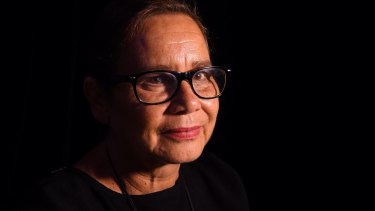 Keeler added that Alfred Street at Circular Quay, "which has proved challenging in previous years", will also be reopened to foot traffic.

Among the highlights of the 11th festival, which runs from May 24 to June 15, will be a return to the Argyle Cut in The Rocks, which will host a presentation from Pixar films, the company behind massive hits that include the Toy Story movies, Up and Finding Nemo.

The Pixar installation, which will see the closure of Argyle Street, will trace the history of 3-D animation.

"You can lie down on the road and watch the show," Keeler says. "I am super-excited about it."

The annual lighting of the Sydney Opera House sails will be undertaken by Chinese-American artist/filmmaker Andrew Thomas Huang. Huang – who admits he has yet to visit Australia – will produce a tribute to Australia's native plants called Austral Flora Ballet.

Veteran director Rhoda Roberts is curating the projections on the southern pylon of the Sydney Harbour Bridge. The work, will be called EORA: Broken Spear.

It is intended as an official welcome to country for visitors and the title comes from a traditional symbol of safe passage.

"It's a symbol of peace – you know you are going to be able to leave and we won't harm you," says Roberts, a Widjabul woman from northern NSW.

"What is interesting is that you get the zeitgeist," she says. "Because it's a crowd-sourced festival you get every kind of artist. Lots of different kinds of people put forward really interesting ideas and what you start getting is a rhythm.

"This year there is a particular interest from within the artist base in looking at nature through technology, which is fascinating."

Among the nature-inspired works will be a massive installation of LED "snow" at Hickson Road Reserve, called Let it Snow, and Nostalgia Above, a cloud-like work suspended above The Rocks.

Beyond the iconic lighting of city precincts from Luna Park to Chatswood and Taraonga Zoo to Barangaroo, the festival continues its expansion into the world of ideas, music and performance.

Hollywood iconoclast Spike Lee will headline Vivid Ideas, while Bryony Cole, host of the Future of Sex podcast, will examine the $30 billion business of sex technology.

FKA Twigs will play Carriageworks, while alternative rock darlings the Cure will be at the Sydney Opera House as part of the Vivid Music component.