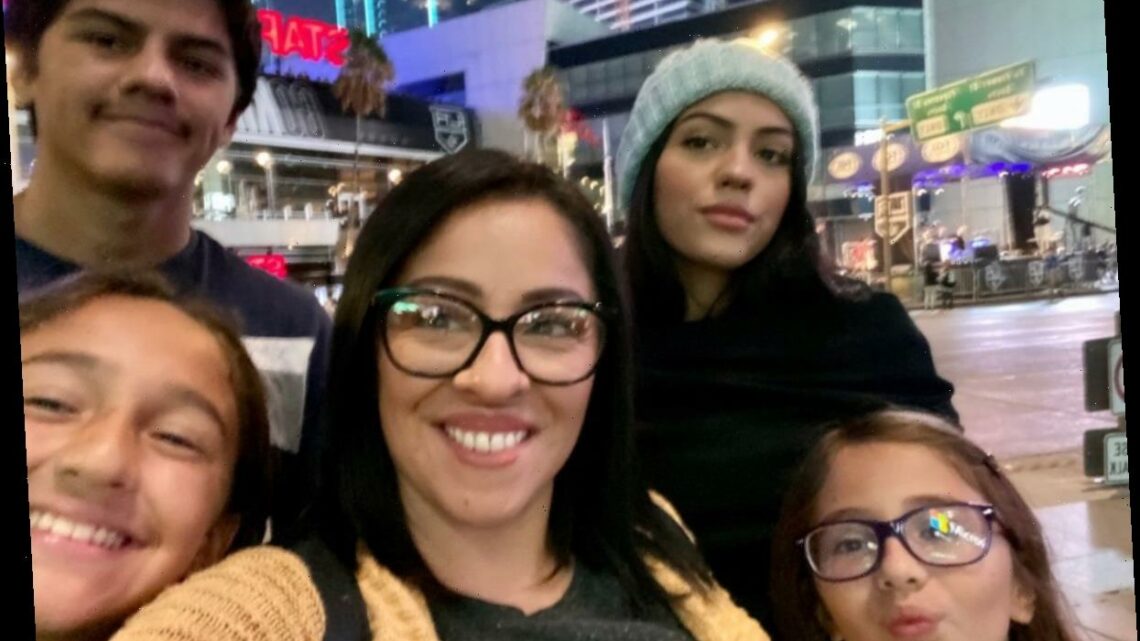 A "fun-filled pool day" took a fatal turn for a California mother of four after she suffered a traumatic brain injury that ended her life.

Maria Guadalupe "Lupe" Ambriz Davis' family tells PEOPLE they've been left heartbroken after the unexpected incident, which resulted in their beloved mother, wife and sister spending a week on life support before she died on Sept. 26.

"She was everything to me, so much more than a wife," says her husband, Greg Davis. "I loved to do anything for her because I knew she had already done that for me… I will miss her forever."

"Maria was vivacious, fun-loving and one of the funniest people in any room," says her sister, Elvia Ambriz. "The tragedy has been hard on so many levels, but losing our best friend is the hardest. In all of her role as a wife, mother, daughter and sister, she was first and foremost our best friend. We will forever be at a loss without her."

Just days before her death, Maria, 43, was at her home in Riverside, enjoying a "fun-filled pool day" with her kids, according to a GoFundMe page set up by Ambriz on behalf of Greg, and her four children, Brianna, Jacob, Adam and Zoie.

"Tragically, an unfortunate jump into the pool caused a traumatic brain injury from which Maria did not recover," Ambriz, 35, wrote. "After a week of fighting for her life, the family and her medical team decided it was time to let Maria go peacefully." Described as a woman who "loved to laugh" and whose "personality was so infectious that she instantly became everyone’s go-to friend for a good laugh," Ambriz says her sister was incredibly special.

"She was a brightness in our family," Ambriz shares. "Being eight years apart, she took care of me. She’d attend my school and work events. She was my champion. And I was hers. She made me a better person."

"As we grew and she became a mom, I saw just how amazing she truly was," continues Ambriz. "She was so involved with her kids. Always attentive and engaged. Her kids are beautiful people because of who she was… I'll always feel a hole inside now that she isn't with us, but forever grateful I got to have 35 years with her."

Maria's eldest daughter, Brianna Fuerte, and her husband echoed those sentiments, remembering how Maria always put others before herself.

"Maria was more than your average wife," Greg says. "She was my go-to person, for everything. Need to negotiate a bill with the cable company? Done. Need help with geometry homework? Done. Can you go to Palm Springs, then Mission Viejo in the same day for your own job, then take the kids to practice and make dinner because I can’t get the day off work? Also done."

"She was the most strong and determined a woman I have ever met and in our marriage, she was always the stronger of us," he adds. Fuerte, 21, noted that her mom "always knew what to do and what to say" and called her "my best friend."

"She was my rock. We had such a close relationship, one that I would always brag about," she recalls. "Words will never express the love and adoration I have for her. My mom was always there for me no matter what. We used to tell each other everything. Good and bad."

"I am so grateful for the 21 years I got to spend with my other half," she continues. "She was definitely my soulmate and I will forever carry those memories I have with her."

In the wake of Maria's death, the GoFundMe page was set up to assist the Davis family with funeral expenses, as well as financially help Greg, who is employed as a Los Angeles City Firefighter Paramedic, raise the children as a single parent. As donations continue to pour in, loved ones are taking time to pay tribute to Maria — who was working as a real estate agent in Riverside at the time of her death — and the impact she left on their lives.

Andrew Serrano, who formerly worked with Maria as emergency room coordinators at Corona Regional Medical Center, tells PEOPLE that she was there for him in one of the biggest moments of his life and he regrets not spending more time with her.

"Maria and I met 20 years ago when we worked in the ER," Serrano says. "Our personalities instantly clicked and over the next seven years, we drove the nurses and medical team crazy because we insisted on taking lunch at the same time so that we could gossip, and have a good laugh before returning to our stressful jobs."

"I was 17 when we first met, and she was one of the only rocks in my life when I finally came out of the closet," he recalls. "She put her arms around me in the nurse's break room, and let me cry with the exhilaration of finally being able to express who I really was to another person."

"She never judged me — in fact, she applauded me and made me feel as though our lives were meant to be enjoyed, despite the opposite each of us heard in our Hispanic households," he continues. "Even though life, careers, demographics and family responsibilities made us lose touch for a bit, she was someone I always thought would be here when I returned, and I took that for granted. It hurts my heart to know that I wasn’t able to have one last gossip session with her."

Those interested in supporting Maria's family can do so here.