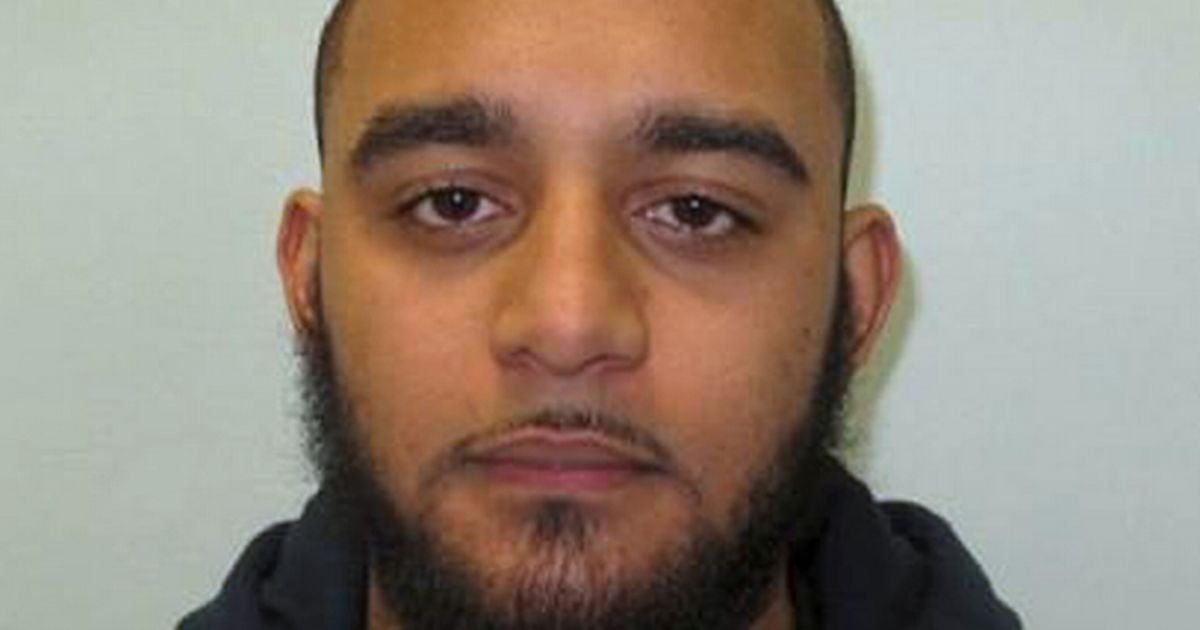 A convicted robber refused to reveal PIN codes to his phones to police because the devices held "private" photos of his wife.

Adam Ephraim, 28, was detained at Stansted Airport after returning to the UK from visiting his wife and child in Stockholm, Sweden, this September.

Ephraim, who was previously sentenced to six years behind bars for a string of violent security van robberies armed with axes and guns, declined to hand over PIN numbers for two phones.

He claimed he "could not bring himself" to let border officers see the "inappropriate" pictures of his Muslim wife who wears a hijab in public.

Ephraim was handed a conditional discharge at Westminster Magistrates Court on Monday after he admitted a charge under Section 7 of the Terrorism Act.

His solicitor, Tayab Ali, said: "The reason he didn’t give his pin codes is that he has pictures which, what anybody else would think, were inappropriate of his wife.

"He just could not bring himself at the time to allow somebody else to see those pictures of his wife.

"There’s lots of very good, very nice conversation with the police officers with them trying to explain to him why he could not do that.

"He just simply said, ‘I just can’t do this. It’s not something I’m prepared or willingly able to do.’"

Cops seized the phones after Ephraim was stopped on September 4 and have since accessed one while they continue to work on the other, Mr Ali said.

He said: "The other device is being worked on as we speak.

"He knew at the time he was not giving the codes that this would happen to him and he’s quite prepared for that."

Ephraim "felt he had no option but to do something wrong and said his wife is a Muslim person and wears a hijab", Mr Ali said.

Chief Magistrate Emma Arbuthnot was told Ephraim has previously served time in prison, but details of his convictions were not given in court.

Mr Ali said: "He came out of prison for his last offence in 2015 and between 2015 and now there has not been a single incident.

"In prison he actually decided he would change his life."

Ephraim undertook several courses while behind bars and has since secured a job for a Swedish company, earning £28,000-a-year, Mr Ali added.

He said: "When he now travels between here and Sweden to visit his wife and his child, I would advise him that he likely will be stopped many more times.

"He now says ‘I will just not have pictures of my wife on them, they can just have the pin code.’"

Prosecuting, Rachael Taylor said Ephraim had "answered the majority of questions put to him" when he was stopped.

She said border officers also told him "they were not interested in anything of a personal nature."

Ms Arbuthnot said: "Acts of terrorism have led to laws to protect the public and these include the law which requires any person who’s asked to to hand over their pin codes when they are asked.

"It’s thought that law protects members of the public generally because of course it often leads to things which then can keep the police informed, provide intelligence, but also keep people safe."

She told Ephraim: "As far as you’re concerned, you didn’t want to provide your pin codes, whether it was because you had private photographs of your wife, or whether it’s because your whole life, like many people, is on your phone.

"It’s [your] first offence of this type.

"You have been in trouble before, you have served your time and by all accounts turned your life around."

Handing him a conditional discharge for 12 months, Ms Arbuthnot added: "The most serious thing will be if you were arrested for failing to provide your pin codes again."

Ephraim of Lennard Road, Croydon, was also ordered to pay £85 costs and a £25 surcharge.

Ephraim was convicted of robbery and conspiracy to rob at Snaresbrook Crown Court in May 2013.

He was part of a four-strong gang armed with axes and handguns that targeted cash delivery staff as they collected or dropped of cash at locations throughout east London, Kent and Essex.

Each time the gang would use increasing levels of violence, hospitalising security guards on occasions.

They were stopped by the Flying Squad when they arrested Saqib Waheed, then 27, and Darian Davis, then 34, as they robbed a security van at Waitrose in South Woodford in July 2012.

Ephraim then 22 of Lennard Road, Croydon, and Waqaas Malik, 28, and Malik were arrested soon afterwards.

They may search the person, or any of their belongings, and may retain those belongings for up to seven days.