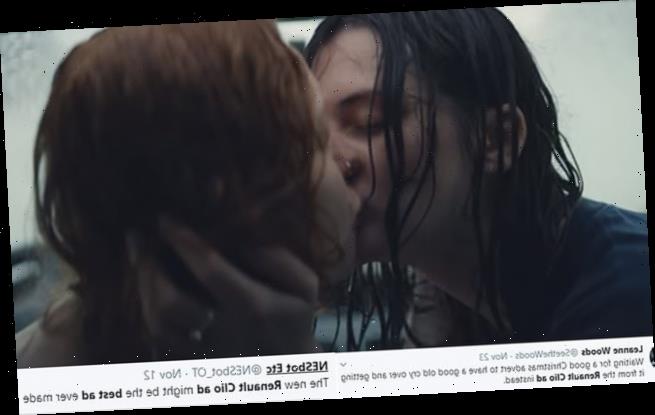 Forget John Lewis! Renault Clio advert which follows a lesbian couple’s love story over 30 years is branded the ‘best ad EVER made’ after leaving viewers in tears

Social media users have been left in tears over an advert for Renault Clio which follows a lesbian love story, with some calling it the best ad ever made.

The two-minute video follows a love story spanning three decades as two women meet as children, before falling in love and later reuniting as adults, all to an acoustic cover of Wonderwall by Rahel Debebe-Dessalegne.

Many social media users have been blown away by the advert, suggesting it’s a rival for the traditional John Lewis tearjerker.

One posted on Twitter: ‘Waiting for a good Christmas advert to have a good cry and getting it from the Renault Clio ad instead.’

Another added: Forget the John Lewis ads, the new Renaut Clio advert is a masterpiece

Social media users have been left in floods of tears over the Renault Clio advert, which follows a love story between two women spanning across three decades

The advert starts with two young girls meeting for the first time, and going on to bond over a music mixtape in the back of a Clio car

Another wrote: ‘The new Renault Clio ad might be the best ad ever made.’

It’s not the first time the brand has captured public imagination with its adverts.

During the ’90s its series of ads following the romantic adventures of Nicole who kept being foiled by her father, leading her to exclaim ‘Papa’ at the end of every clip.

They were so successful that a 1996 survey found that Nicole was more recognisable than the then Prime Minister John Major, and the final ad in the series – featuring her wedding – was watched by 23 million viewers in May 1998. 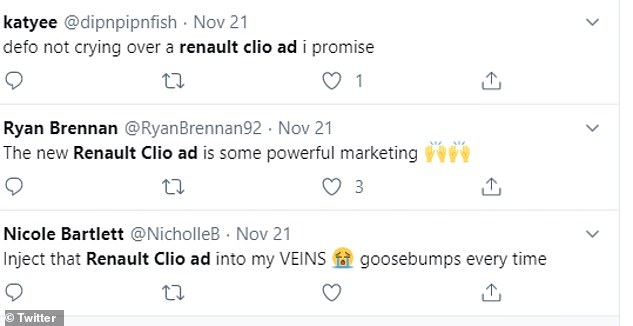 Social media users said they’d been left in tears over the emotional advert, with some declaring it the best ad ‘ever made’

The latest advert, which was released to commemorate 30 years of its Clio hatchback, celebrates the love story between two women, one from France and the other from Britain.

It begins with a young red-haired British girl named Gemma being driven off in a red Clio to spend time with a family in France.

She is greeted by Sieza, a dark haired French girl of the same age and while the two initially appear a little awkward, they bond over a music mixtape.

The girls become great friends the trip to France, before meeting again as teenagers, when the French teen visits England for the first time.

After embracing at the ferry, they take their Clio on adventures to the country as well to the beach.

The couple take a dip in the sea before they share an intimate kiss in the front seats of the car.

When Sieza leaves, they write love letters to one another, which are discovered by Gemma’s father who becomes furious.

The two women later reunite in England as teenagers, where they take a dip in the sea and share their first kiss in a car

In one scene, he is shown holding the letters in one hand and screaming at Gemma while they stand in the rain at a petrol station.

Time passes, and Gemma watches on in turmoil as she stands at the wedding of Sieza to another man.

But the marriage doesn’t last, and she drives to Britain to see Gemma where they passionately reunite.

While separated the two write love letters to one another, which are later discovered by Gemma’s father who is furious about their romance

Gemma later watches on and appears devastated by her former lover Sieza marrying someone else, but the marriage is shortlived

In the final scene, they drive with their daughter in a rust orange Clio, the most recent generation of the car, to Gemma’s parents house, where all are accepted and embraced with hugs.

It concludes with the tagline, ‘The All-New Renault Clio: 30 years in the making.’

Social media users have been left in floods of tears over the advert, with one posting online: ‘Deffo not crying over the Renault Clio ad I promise.’ 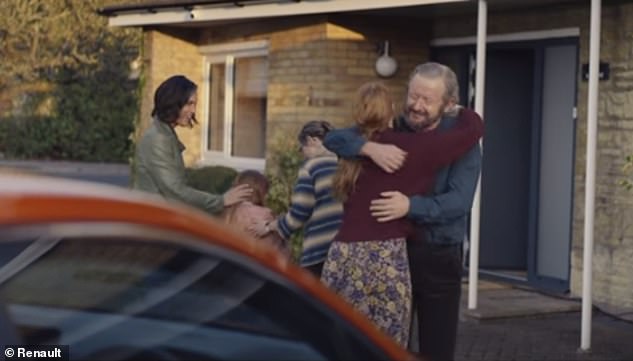 After reuniting, the couple travel together to Gemma’s parents house with their daughter where they are embraced by her parents

‘Inject that Renault Clio ad into my VEINS,’ another wrote, ‘Goosebumps every time.’

One added: ‘It’s so refreshing to see #LGBT representation, and as an advertising geek, I love the clever ’30 years in the making’ strapline that reflects the couple’s moving story.’