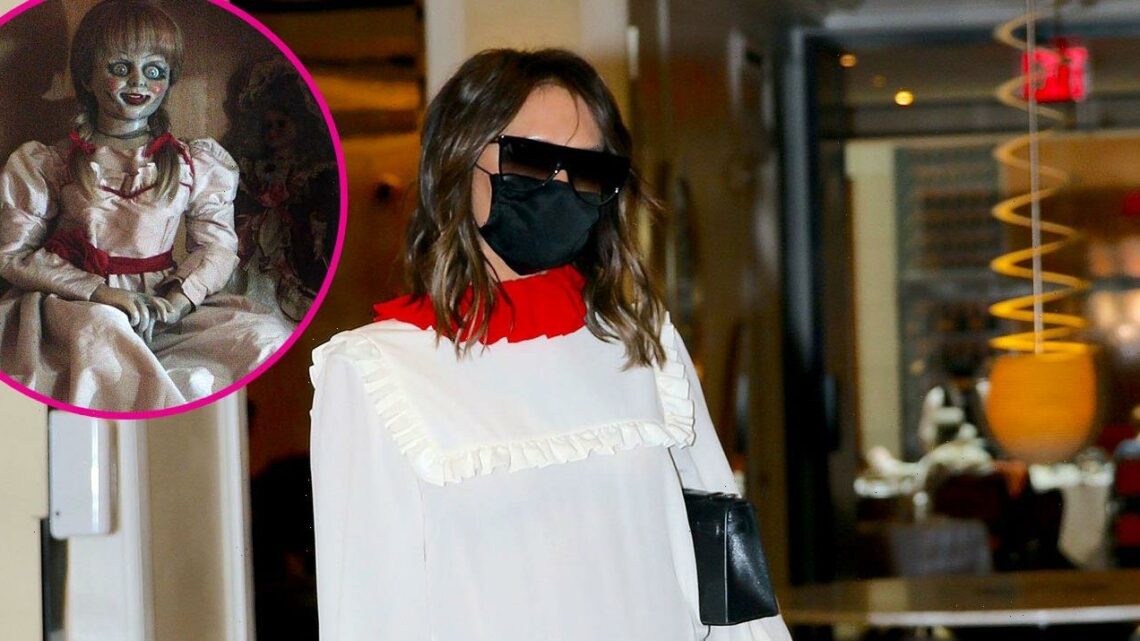 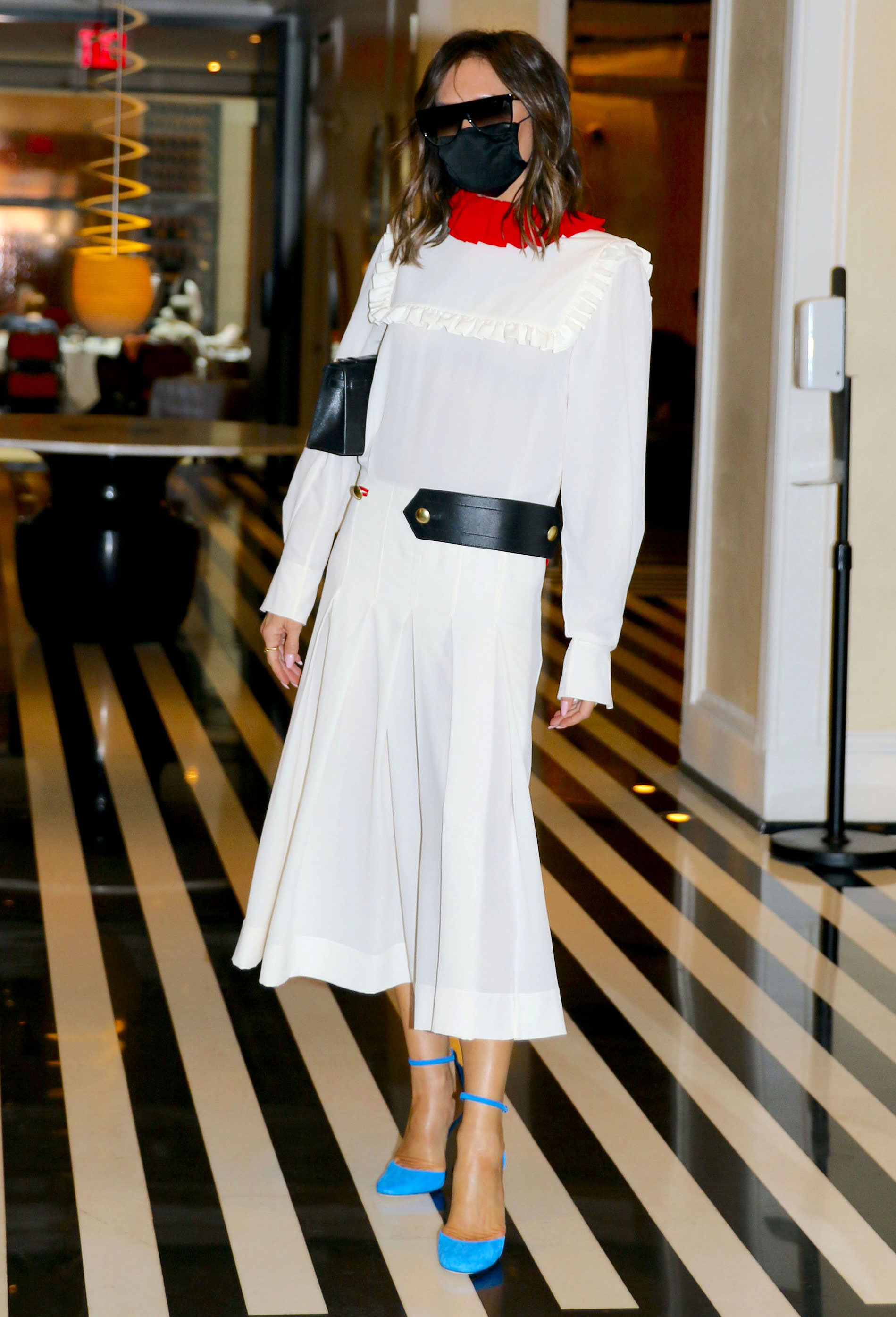 Haute couture or horror?! Victoria Beckham’s latest Instagram look may be high fashion, but some fans think her frock looks a lot like the scary doll from Annabelle.

The whole saga started out as fun and games, as the 47-year-old fashion designer shared a hysterical meme of herself in the dress in question with her 29 million Instagram followers.

“One of my favorite New York looks is now available at victoriabeckham.com and in our Dover Street store! @davidbeckham loves it too,” she captioned the post, which shows her photoshopped husband David Beckham following behind her saying: “Ooh la la.”

In the picture, the Spice Girls singer is wearing the Ruffle Detail Pleated Midi Dress in Vanilla from her eponymous line, which rings in at a whopping total of $1,890. She paired the long sleeve number, which featured a silk georgette red ruffle collar, with suede blue pumps and a black clutch.

It didn’t take long for fans to draw comparisons between the high-end dress and the doll from the horror film Annabelle. With a red collar, ruffling and puff sleeves, it’s not hard to see how the look-a-like moment came about.

“It’s like a high fashion annabelle,” a user commented, while someone else said, “A walking Annabelle” Another added: “The beginning of the first slide, I thought it was the Annabelle doll from the back.”

The horror film trend continued, as other users noted that the dress “reminds me of Saw” and “looks like a scene out of the Handmaid’s Tale.”

Other fans thought the dress looked like a piñata, freak show or a straight jacket.

Her shoe choice did give her some bonus points with the critics though. “Love the shoes, but that dress no way, looks awful,” a user wrote. Another person chimed in: “Love the shoes! Don’t love the dress. Is the red neck piece a part of the dress? It looks odd.”

Critics aside, the dress seems to be popular with brand supporters as it already sold out in most sizes.

“It will bring our average price point down from over 900 [euros] to 550 [euros] without compromising the desirability, quality and ready-to-wear aesthetic,” she told Vogue UK. “We saw such a huge opportunity and change in the way that people not only want to dress, but shop. We saw a sweet spot with this price point, if you like.”

She added: “It will just mean that we’ll have a more accessible entry price, but we’ll still have the high-end pieces. There’s not a single seam that feels like a compromise, and I”m really excited about it.”