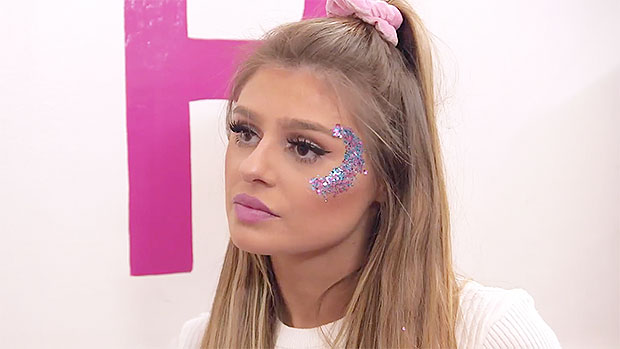 During this week’s explosive episode of ‘Vanderpump Rules’, Kristen hatched a plan to ruin James’ romance and banish him from the group for good.

James had a massive target on his back during the Dec. 10 episode of Vanderpump Rules. Just after he tried getting back into the group’s good graces by congratulating Jax and Brittany on their engagement with a cute gift, Kristen tried blowing his life into smithereens by telling Raquel that James had cheated on her while they were at Coachella. Apparently, Kristen befriended Hope — a girl who also made out with James right after he broke up with Kristen — and Hope recently informed Kristen that she and James had sex behind Raquel’s back, this past April. And since Kristen has barely had a storyline since Season 2, she took it upon herself to use the information to try to ruin James’ life.

Raquel didn’t really seem to believe Kristen and Hope, but she still confronted James and asked him if the rumor was true. He, of course, denied it and said it was a bunch of garbage, but Lala and Scheana begged her to see the light. Lala even told Raquel to “wake up” — something she didn’t enjoy hearing. James tried confiding in Tom Sandoval, who seemed to have his back, but Kristen quickly chased James away. A drunken James did, however, come back to attack Katie for the shorts she was wearing and then told her to lose some weight. But that was after she made fun of his pants and told him to get his act together.

Meanwhile, Jax asked Lisa Vanderpump for another chance at SUR, but she wasn’t yet ready to forgive and forget his past. She did admit to sensing a more positive energy from him since his dad died, but also said it’d take a lot from him to prove that he’s worthy of working at SUR again. To start, she let him bartend in the garden during Pride. So we suppose that’s a start!

Is Jax a changed man, though? Ariana and Tom Sandoval aren’t so sure. While having a dinner party at James and Raquel’s apartment, they voiced their concerns over whether Jax can truly commit to one woman for the rest of his life. Let’s hope so, though, because now he’s engaged and they’re about to get married!

Text sent from missing mom’s phone days after she vanished