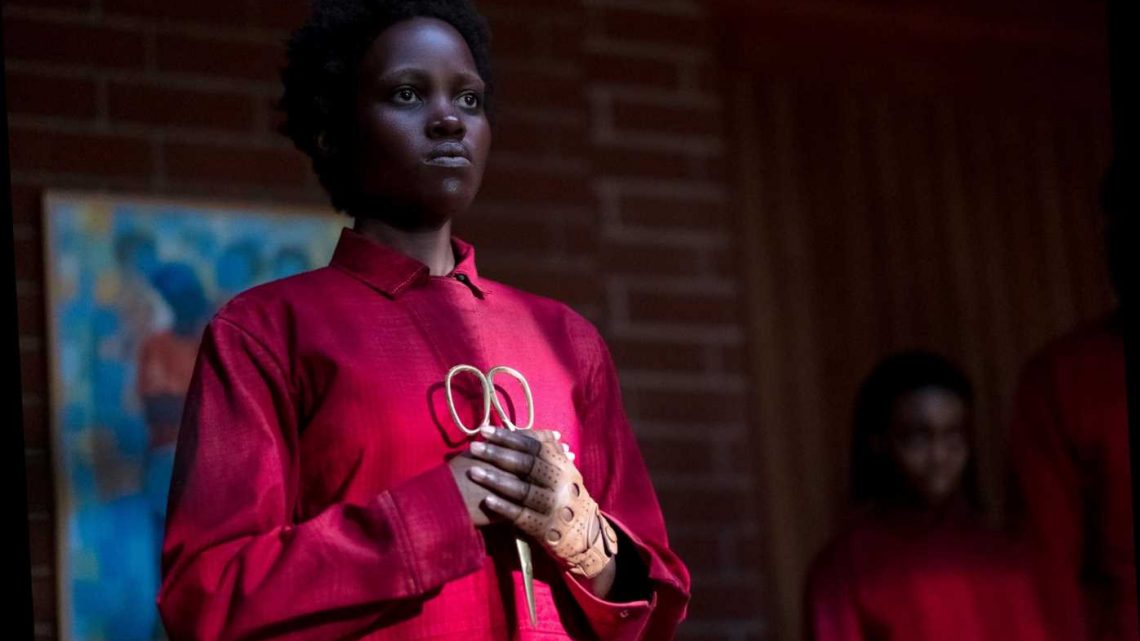 The mere fact that Lupita Nyong’o is sitting down for this interview signals a change in the times. We’ve gathered at the London Hotel in West Hollywood on a late October afternoon for EW’s Awardist series, to discuss Us — the latest horror film from Oscar-winning Get Out director Jordan Peele. Like that film’s star, Daniel Kaluuya, Nyong’o gives a performance of terrifying intensity and precision, a true transformation of the kind that merits serious Oscar consideration. The difference in how horror performances tend to fare awards-wise now versus, oh, three years ago? She’s actually getting the attention.

Nyong’o is a strong contender for a Best Actress nomination next year for her performances as a woman harboring a dark secret and her underground-dwelling, jumpsuit-donning doppelgänger. Us is the latest prescient genre reinvention from Peele; with this and Get Out, he’s employed horror’s tropes for potent allegories of race and class in America. “[Jordan] is telling stories from a perspective that has not been traditionally the perspective of the horror genre,” Nyong’o says. “He’s creating room for new story, using a genre that he loves and admires and respects and pays homage to. I love that spirit in him.”

The film premiered back in the spring at SXSW, and hit theaters shortly thereafter; such an early release alone would ordinarily prove a barrier to year-end Hollywood accolades, where recency bias often prevails. But Nyong’o has maintained her firm presence in the Oscar conversation — and she makes a convincing case, in our interview, for why. “I was playing two characters that are diametrically opposed to each other — two characters that are two parts of one entity, but are individuals in their own right,” she says. “That was challenging, extremely challenging. It was the most challenging task that I’ve been given in my career to date.”

In talking about the making of the film — an often arduous experience — Nyong’o is all smiles now. In jest, she calls starring in a horror movie “something I’ve ticked off my bucket list,” adding that it’s a genre she’s been curious about for some time. But the demands of this new genre certainly made themselves apparent. “I had never sustained the state of fear for so long,” she says. “That exhausted me in a way that I just was not prepared for. That was new. I had to find a way to renew it, that anticipation, that dread that something is going to happen.” She continues, now speaking very slowly, “I was dog-tired making this film.” (Whenever the call sheet showed protagonist Adelaide as “off,” she’d momentarily cheer for the break before realizing that, yes, this meant her villainous other half, Red, would be front-and-center.)

To make it work, Nyong’o invited Peele into her creative process as she’d never done with a filmmaker before. They collaborated closely on the script, which she says was “always in a state of workshop.” And she made several deliberate choices: She located Red’s distinctively scratchy, menacing voice by keying into the film’s twist ending and how it related to trauma; she captured her unsettlingly regal posture in Peele’s description of her as “queen and cockroach.” For Adelaide — “in pursuit of normalcy,” as she and Peele approached her — Nyong’o went naturalistic and subtle.

Overall, when asked about finding the differences between Adelaide and Red, the actress articulates her choices with impressive depth and cogency. She goes on and on, but never trails off — there’s a lot to say here. Nevertheless, she cautions, “When you start to talk about the work you did for the sake of a sound bite, you make it sound very orderly. It was not.”

The big leap of faith occurred in the film’s tensest scenes, where Nyong’o lacked a scene partner. “Because I was playing both the hero and the villain, as I was preparing my action, I had to be banking my reaction so that I could do it the next day,” she says. “That took a focus that was depleting. I never had my scene partner there. One of the joys of being an actor is just the relationship with another human being that you get to throw a ball, and the other person throws it back and inspires something in you. They change your chemistry. It becomes this human exchange. It becomes a living, breathing thing. I had to create that in my own absence.”

A blockbuster like Us isn’t necessarily where Nyong’o expected to be making her next big awards claim. Her film debut in 2013’s 12 Years a Slave was a sort of Cinderella story — an unknown recognized for the sheer power of her work, in an important social drama that would go on to make Oscar history. (She also won an Oscar, for Best Supporting Actress.) She’s since branched out to explore her artistry in popular film; last year, Black Panther rode its groundbreaking success to a Best Picture nomination, and now for Us, she’s balancing the campaign trail with the enduring passion of its fans.

“When we finished making Us, I went up to Jordan and I said two things: I don’t want to hear about Us 2, number one,” she recalls. “Two, I am never, ever putting on that red jumpsuit again.” And yet! Just before our conversation, Nyong’o took part in the film’s Halloween Horror Nights experience at Universal Studios, showing up fully in character and shocking visitors passing through. “I didn’t even know those things existed!” she quips. “Putting [the jumpsuit] on and going to surprise unsuspecting visitors of the house was just so much fun — a once-in-a-lifetime experience. I love to love my work enough to play with it. Because my work is play.”

And so while Nyong’o is ready to go back to “good ol’ drama” — her “sweet spot,” as she calls it — she’s embracing this moment of visibility, particularly since it’s for such impactful projects. “When I envisioned my my lifespan as an actor, I envisioned work that is different,” she says. “Work that changes the narrative…. These are films that are changing the narrative, pushing the needle. Revitalizing the potential of the work of this industry. I love being a part of that.”

To hear more from Nyong’o, listen to the new episode of EW’s Awardist podcast below.