Home » Lifestyle » Up for the Challenge! The Botched Doctors Take on More Than One Seemingly Hopeless Case on Botched 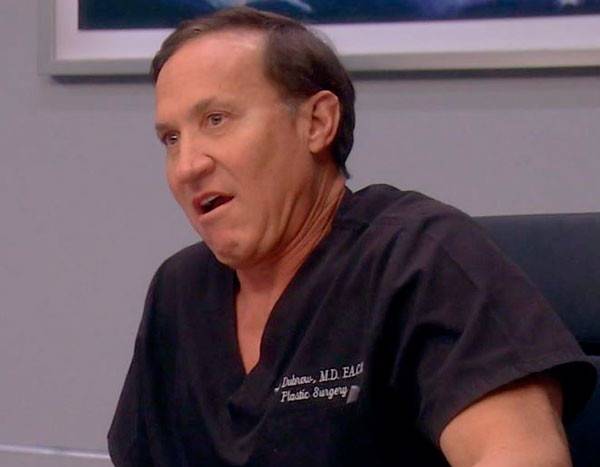 Up for the Challenge! The Botched Doctors Take on More Than One Seemingly Hopeless Case on Botched 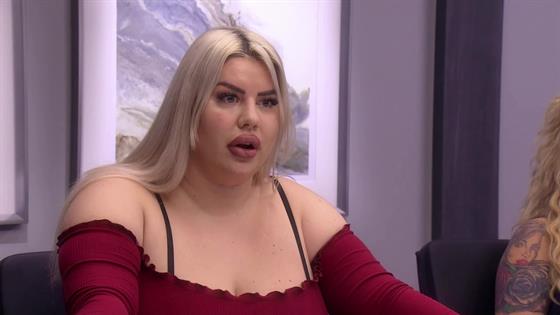 On Thursday’s all-new episode of Botched, the doctors consulted with two new patients who each had very high risk cases. First up, divorcee Hope met with Dr. Dubrow and Dr. Nassif after several failed breast surgeries left her with a totally hopeless situation on her chest.

After four failed surgeries with her original doctor, Hope sought out a new surgeon…and was left in even worse shape than before. Hope’s journey included additional revisions, an exposed implant and nurses who advised her to puncture her own breast.

“Hope’s case is challenging,” Dr. Nassif remarked to the Botched camera. “She’s had multiple surgeries, multiple complications. I just hope Terry can help her, this is an extremely difficult case.”

Upon examining Hope, a shocked Dr. Dubrow ruled that he needed to create a “unique solution” in order to not “follow down the same path and have the same complications.”

“I think the thing to do is elevate up the muscle, try to manipulate the scar tissue, put smaller implants and—you know—hope,” Heather Dubrow‘s husband expressed. “Because the chances this will work is low and the chance you can have a complication is high.”

Despite Dr. Dubrow’s warning and her daughter Mariah‘s concern, Hope decided to move forward with the revision surgery. Thankfully, Dr. Dubrow was able to handle all of the hurdles that he faced in the O.R. and gave Hope “almost symmetrical breasts.”

“Before my surgery, there was no hope for these boobs and my breasts were completely uneven. I had lots of scarring around my areolas and I had to lean on my daughter for emotional support,” Hope noted following her surgery. “But now, thanks to Dr. Dubrow, my breast and areolas are symmetrical, all scarring is gone and I don’t have to be leanin’ on Mariah anymore.” 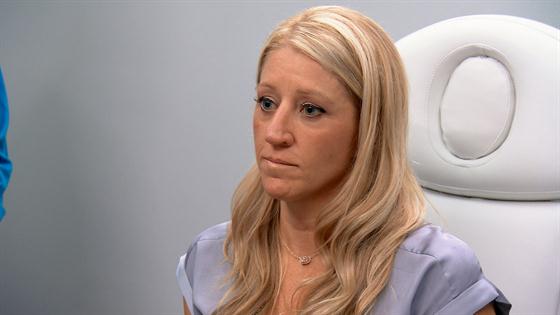 Hope wasn’t the only happy patient as Phoenix resident Stacy also had a successful encounter with the Botched doctors. According to the new patient, two failed rhinoplasties caused her to have a “lumpy, bumpy nose.”

“I am aware that I’m bringing Dr. Nassif and Dr. Dubrow a very high risk situation and it makes me nervous,” Stacy relayed to the Botched camera. “I’m not sure I’m gonna ever undo the damage that my doctor previously did to me.”

After examining Stacy’s nose, Dr. Nassif noticed that the patient was left with neovascularization following her previous rhinoplasties. “Neovascularization is an indication of severe past tissue trauma where new blood vessels are growing into an area to try to get that area to heal,” Dr. Dubrow elaborated. “It’s a really bad sign.”

Although the situation was a tough one, Dr. Nassif offered up a game plan on how to fix Stacy’s nose. “Can you get a hole through your skin again? Yes. Can your skin start turning purple on the table? Yes,” Dr. Nassif admitted to Stacy. “The whole tip can turn black and die.”

Even though Stacy felt “very nervous, very afraid and a little hesitant” about surgery, she ultimately chose to go through with the operation. Since the damage to Stacy’s nose was severe, Dr. Nassif was forced to build her a “nose from the ground up.”

During the post-op exam, Dr. Nassif happily informed Stacy that she made it passed all the high risks. This news allowed the blonde dental office worker to “relax a little bit more” amid her recovery.

“Before my surgery, I wore hats constantly to hide my nose,” Stacy concluded. “My nose was lumpy, bumpy and the tip was drooping. But now, thanks to Dr. Nassif, my nose is smooth, my bump is gone and the tip is raised.”

See everything that went down on this week’s episode in the recap video above!

Watch a new episode of Botched Thursday at 9 p.m., only on E!

My Messy Apartment Is The Only Outward Sign Of My PTSD