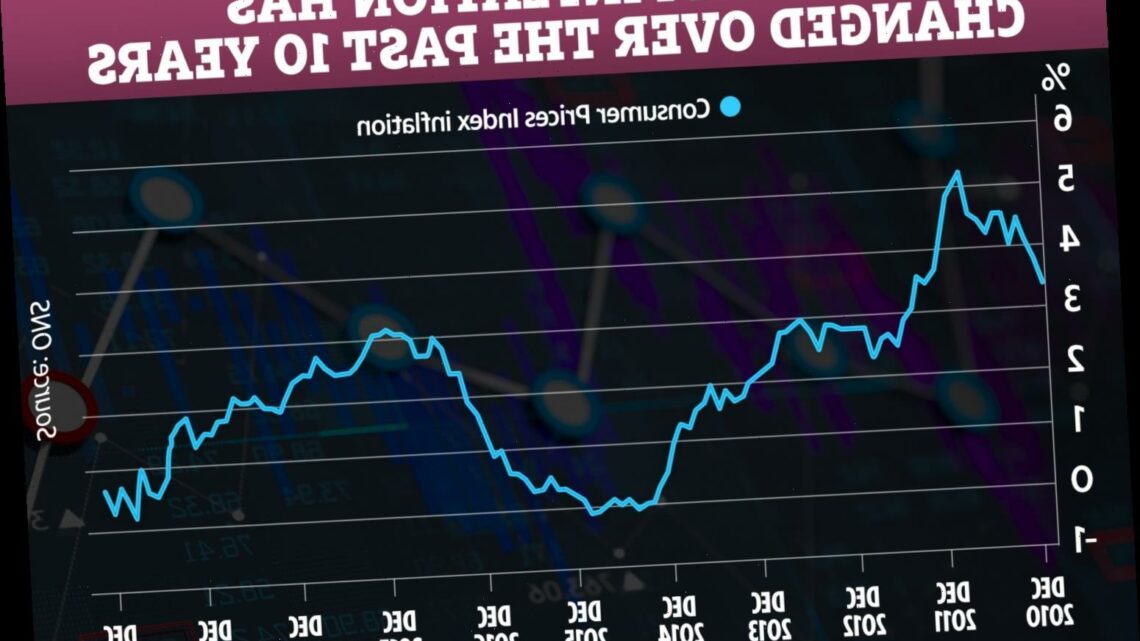 UK inflation doubled to 0.6% in December despite food prices falling

UK inflation doubled to 0.6% in December but the price of food fell.

This is up from the 0.3% level of Consumer Prices Index (CPI) inflation recorded in November. 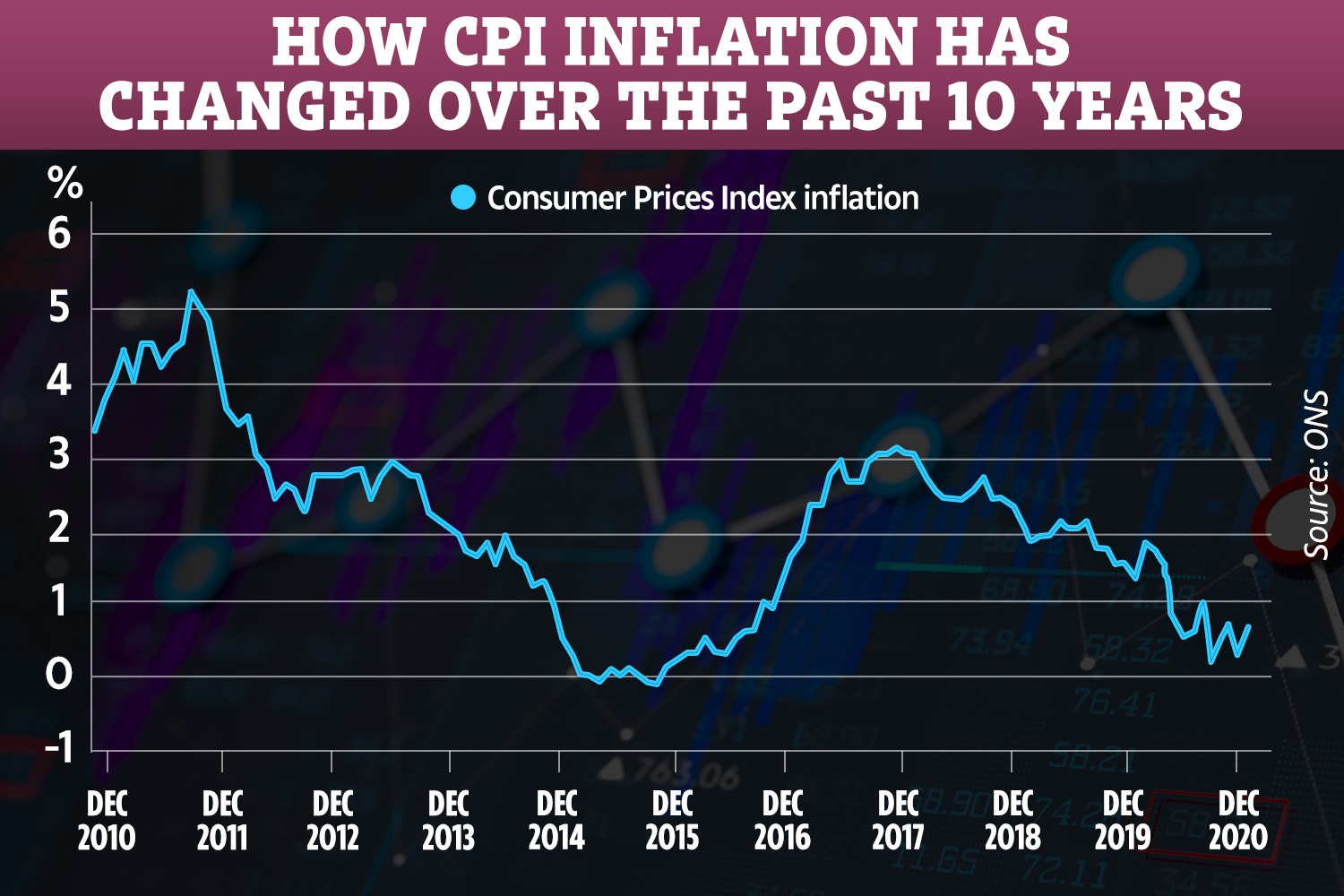 Analysts at the Office for National Statistics (ONS) say increased clothing and transport costs over Christmas were the main reasons behind the rise.

Clothing usually falls in December thanks to Boxing Day sales but most discounts were online-only this year due to non-essential shops being shut in large areas of England.

What does inflation matter?

INFLATION is a measure of the cost of living. It looks at how much the price of goods, such as food or televisions, and services, such as haircuts or train tickets, has changed over time.

Usually people measure inflation by comparing the cost of things today with how much they cost a year ago. The average increase in prices is known as the inflation rate.

The government sets an inflation target of 2%.

If inflation is too high or it moves around a lot, the Bank of England says it is hard for businesses to set the right prices and for people to plan their spending.

High inflation rates also means people are having to spend more, while savings are likely to be eroded as the cost of goods is more than the interest we're earning.

Low inflation, on the other hand, means lower prices and a greater likelihood of interest rates on savings beating the inflation rate.

But if inflation is too low some people may put off spending because they expect prices to fall. And if everybody reduced their spending then companies could fail and people might lose their jobs.

See our UK inflation guide and our Is low inflation good? guide for more information.

Demand for toys, computer games and consoles pushed up inflation as well.

But the price of food, mainly meat and vegetables, fell by 0.6% in the same period.

Analysts from Reuters had expected inflation to rise to 0.5%.

CPI has been below the Bank of England's 2% target since mid-2019 and the coronavirus pandemic has pushed it close to zero.

The latest figures come as economists fear the UK could be on the verge of a double-dip recession.

A double-dip recession is when the economy shrinks, briefly recovers, and then contracts again.

The economy shrank 2.6% in November following the second national lockdown in England, ending six months of growth after gross domestic product (GDP) increased by 0.6% in October.

"Transport costs, including air, sea and coach fares, as well as petrol prices, rose as some travel restrictions eased during parts of the month.

"These were partially offset by falling food prices, most notably for vegetables and meat."

Laith Khalaf, financial analyst at AJ Bell, said: "It’s prudent not to draw too many conclusions from consumer price measures right now, because levels of economic activity are so deeply distorted.

"While inflation looks well contained, there is increasing concern it could start to be a problem once social restrictions are lifted, as a wave of pent up consumer demand is unleashed.

"Central bank stimulus, helicopter money from the government, and high levels of cash savings built up during lockdown all support the thesis that the inflation genie may pop out of the bottle in the coming year."

We've rounded up how to protect your finances from a double-dip recession.

Before the latest lockdown restrictions were introduced, the economy was expected to grow in the first quarter of 2021.

But rising cases of coronavirus and a new mitant strain forced the government to act to save the NHS.