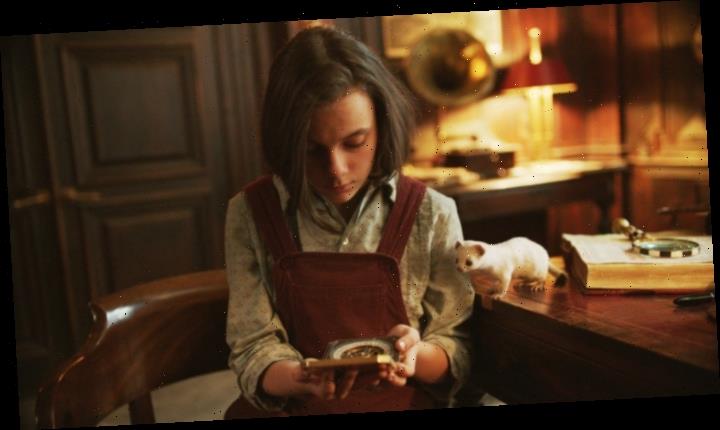 Adapting a beloved property is as delicate a task as it is unenviable. You have to justify the shift of mediums, make smart adjustments to the source material accordingly, and perhaps trickiest of all, have an eye for keeping the spirit of the source material without defaulting to slavishly recreating it. And if an adaptation has already been attempted before to infamously disappointing results…well, good luck threading that needle without stabbing yourself along the way.

Such is the unique problem facing “His Dark Materials,” HBO’s new drama series based on Philip Pullman’s wildly popular fantasy novels. A splashy 2007 film (“The Golden Compass”) took on the first book of the trilogy with a spot-on cast including Nicole Kidman, Eva Green, and Daniel Craig. But its bloated visuals couldn’t capture the spirit of the book itself, and sequel plans were abandoned. As with many books dense with twists and mythology, a movie’s limited runtime could only barely contain the plot of “The Golden Compass,” let alone the kinds of world-building flourishes that have made “His Dark Materials” so compelling since that first installment was published almost 25 years ago. Not even its CGI commitment to the universe’s “daemons” (i.e. animal companions that act more as an external conscience for every human) rang true, thereby undercutting one of the book’s most potent threads.

The shift from movie to an ongoing drama gives the 2019 HBO version — translated to the screen by writer Jack Thorne and director Tom Hooper — an immediate advantage. Devoting eight hour-long episodes to the events of “The Golden Compass” rather than two hours total means the series simply has space to tell a more expansive story without sacrificing as many of the details. It also, like the movie, features a stacked cast. “Logan” breakout Dafne Keen plays the role of plucky hero Lyra as a simmering firebrand, with eyes increasingly narrowed in distrust. James McAvoy taps into a gruff bravado as her enigmatic guardian Lord Asriel, Lin-Manuel Miranda unfurls his perpetual grin as a charming cowboy with a knack for showing up when he’s needed most, and Ruth Wilson especially gets to luxuriate in the juicy part of Mrs. Coulter, a secretive official with a smile that glints like a knife. Some of the show’s best moments come from these actors molding their material into a stranger and more specific shape, as when Keen explodes Lyra’s frustration or Wilson imbues Mrs. Coulter with streaks of fury that express themselves in stranger and stranger ways.

But after watching half the season, it’s hard to shake the feeling that, even with such a detailed text to draw from, there’s a strange flatness to the show itself. It jumps between storylines without much structural purpose, so that the endings of episodes feel less like the story reaching a naturally dramatic cliffhanger than hitting the wall of 60 minutes. It drops huge reveals in even huger monologues that skilled actors struggle to convey. It telegraphs twists from miles away despite having ample time and space in which to lay the groundwork.

The most jarring part of the series, however, is that it somehow renders the potentially vast, bleak, mysterious world of “His Dark Materials” into something more generic. Despite the rich complexities of the novel’s world of daemons, power-hungry players and warring faiths, HBO’s “His Dark Materials” feels like it could have been plucked from most any other fantasy epic out there. If pressed to pick the show’s closest cousin, though, it’d have to be Warner Bros’ “Harry Potter” movies, which also occasionally tapped into the books’ soaring spirit before settling back into a groove best described as “perfectly adequate.” That might be enough to sate previously disappointed “His Dark Materials” fans for now, but as the show digs into the darker second chapter of the trilogy (“The Subtle Knife”), it would do better to remember what made these books so compelling in the first place.