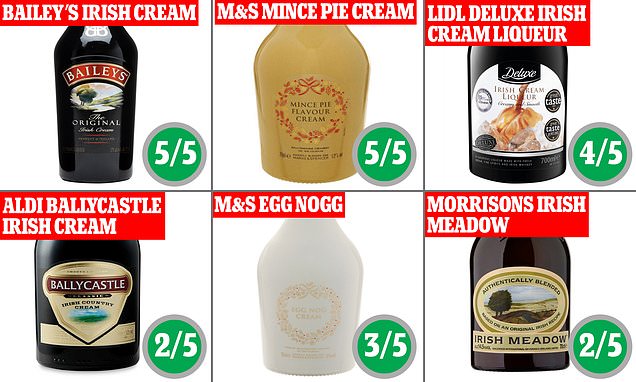 Who’s for a glass of mince pie? Try the new Irish creams giving Baileys a run for its money

A glass of cream liqueur is the ultimate Christmas guilty pleasure. According to industry magazine The Spirits Business, Brits are set to drink more than 80 million bottles of Baileys by the end of the year. The brand might have invented Irish cream liqueur in the Seventies but rival blends of cream and Irish whiskey are everywhere — many looking suspiciously like . . . Baileys. Femail’s drinks expert HELEN McGINN puts a selection to the test.

All of these are made from a blend of cream and Irish whiskey, just like Baileys. Enjoy a glass over ice as it helps to dilute it a little, leaving the taste less cloying on the tongue.

This has more going on in the glass than most. The liquid is thick and velvety with chocolate and vanilla flavours. And even with all that sugar, it manages to leave the mouth feeling fresh rather than sickly. 5/5

Pleasingly thick when poured into the glass, it smells of coffee and chocolate and leaves the taste buds revelling in its triple distilled whiskey. Balanced, smooth and rich. 4/5 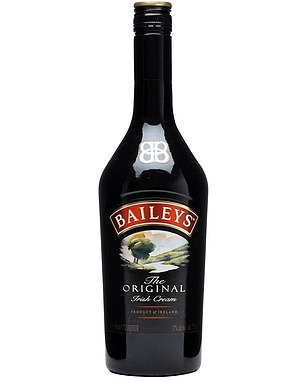 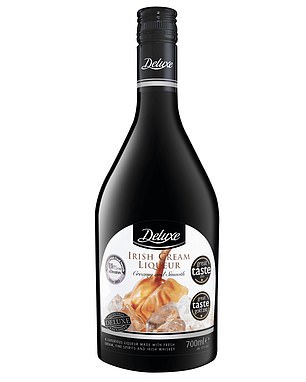 Left, Baileys Irish Cream: Invented back in the 1970s when two drinks inventors mixed Irish whiskey with cream, this is the original and, in this line up, still among the best. Right, Deluxe Irish Cream Liqueur: The label looks like clip art. But, what’s inside is really impressive

Love this smart looking bottle but what’s inside is just a little too bland. There’s plenty of kick from the booze but the flavours are muted compared with other premium bottles. A bit like cold, milky tea. 3/5

More creamy and unctuous than the cheaper one in the range, this is thicker and noticeably more boozy and chocolately on the aroma — more like Bailey’s. The packaging lets it down — the label looks like clip art. But, what’s inside is really impressive. 4/5

Fancy making your own?

Simple and quick to do, you can tweak the ingredients to create a recipe that suits your taste, whether that’s upping the alcohol or dialling down the sweetness. You’ll need:

Stick everything into a blen-der and whizz it up until it’s all mixed together (about 30 seconds should do it).

Then pour the liquid into sterilised bottles (you can do this by running them through the dishwasher on a hot wash first) and store them in the fridge. This will keep for a couple of months and they make great presents for Irish cream-loving friends. If you can bear to part with them in the first place, of course!

Invented back in the 1970s when two drinks inventors mixed Irish whiskey with cream, this is the original and, in this line up, still among the best. There’s a good kick from the whiskey, the creaminess is creamy without being too overwhelming and there’s a comforting Angel Delight-like butterscotch character to it. 5/5

These are made from a blend of cream, whiskey and white wine. Lower in alcohol and price than the premium Irish Creams.

This starts well, really thick and creamy when you pour it out. But the smell is too synthetic and leaves a really cloying feeling in the mouth. It’s very sweet and there’s really not much flavour to it at all. Disappointing. 2/5

This is lighter in every way. At 12 per cent abv compared with the premium blends at 17 per cent, it’s blended with white wine and Irish spirits and labelled as a country cream rather than an Irish cream. Tastes a bit like melted mocha ice cream. Nice enough but lacks depth and flavour overall. 3/5

Like the Dundalgan, this is a blend of white wine, Irish whiskey and cream, so not a proper Irish cream. It’s slightly punchier than the cheaper one in the Lidl range, with 14.5pc alcohol, which helps balance the flavours. What lets it down is the packaging. It looks like a 70s throwback and next to the other bottles, looks really quite naff. 2/5 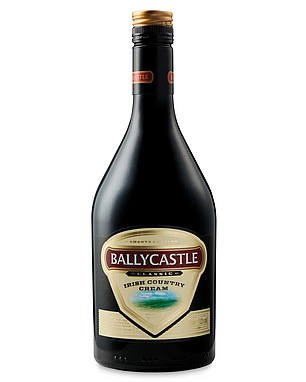 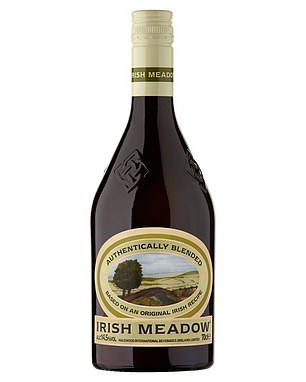 Left, Ballycastle Irish Country Cream:  It’s very sweet and there’s really not much flavour to it at all. Right, Irish Meadow: A blend of white wine, Irish whiskey and cream, so not a proper Irish cream

These are all a variation on a cream liqueur theme. Some are more successful than others. Here are three to try.

This is another style of cream liqueur but with the addition of eggs. Basically, think boozy vanilla milkshake and you get the idea. The stand out white bottle makes it look smart enough to be taken seriously. I’d just like a bit more booze in it. 3/5

This is bonkers — but completely brilliant. For a start you can’t miss the bright yellow bottle. Pour it out and you can smell the spices straight away. And taste-wise it manages to combine sweetness and spice brilliantly, with a buttery feel to boot. I can’t even bring myself to look at the calories in this one. Given that it’s Christmas, I won’t. 5/5

Whereas the other smart one in the Aldi range disappoints with its bland flavour, this more than makes up for it by way of one of my favourite things. Chocolate. One sniff and it’ll have you wanting to slug it into a boozy hot chocolate. Really delicious. 4/5 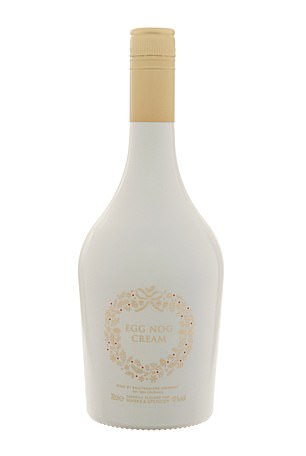 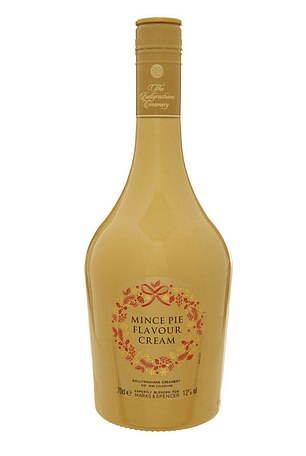 J Lo Just Matched Her Lip Color to Her Neon Heels, as If the Dress Wasn't Enough