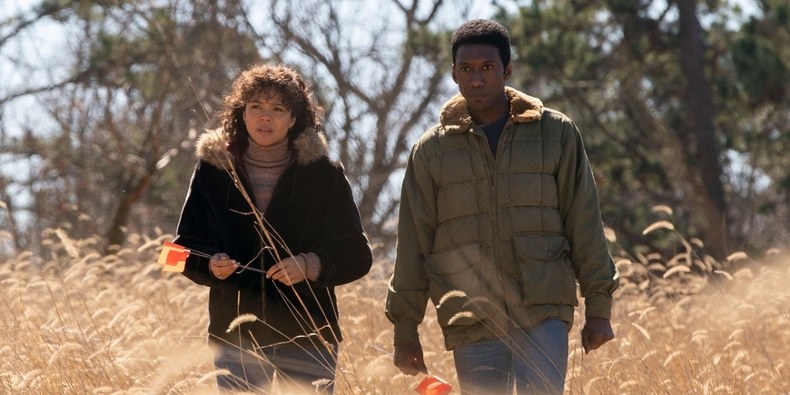 Leave it to the Oscar-winner Mahershala Ali to pull off the ultimate feat as an actor—playing both young and old in one season of a critically acclaimed drama series, True Detective.

The first season of True Detective involved Matthew McConaughey and Woody Harrelson caught up in some unexplainable conspiracy theories, and the second season gave us an onscreen relationship between Rachel McAdams and Taylor Kitsch. In the third installment of the HBO crime anthology series, Ali stars as Wayne Hays, a detective with a dark past and a case of two missing children to solve with his partner, Roland West (played by Stephen Dorff). Carmen Ejogo (known for her performances as Coretta Scott King in both Boycott and Selma), plays Amelia Reardon, Ali’s romantic interest and a potential threat to the case. The cryptic trailer also reveals that the story takes place over three time periods, with Ali appearing as both a young and an old man. Clips from the show include an appearance by Cadet Kelly and Alias Grace’s very own Sarah Gadon, as the journalist interviewing elderly Ali, and reveal the story’s setting as deep in the Ozarks. Mamie Gummer, Brandon Flynn, and Scoot McNairy also have recurring roles in season three.

The third season of True Detective comes after some drama with the season one director, Cary Fukunaga, who reportedly dropped out of this installment after just two episodes, earlier in 2018. The series creator, Nic Pizzolatto, took the reigns to write the entire third season (co-writing just one episode, with David Milch).

The series will premiere on January 13, one week after Ali will appear at the Golden Globes (the actor was nominated for best supporting actor in a motion picture for his performance in the 1960s period dramedy Green Book).