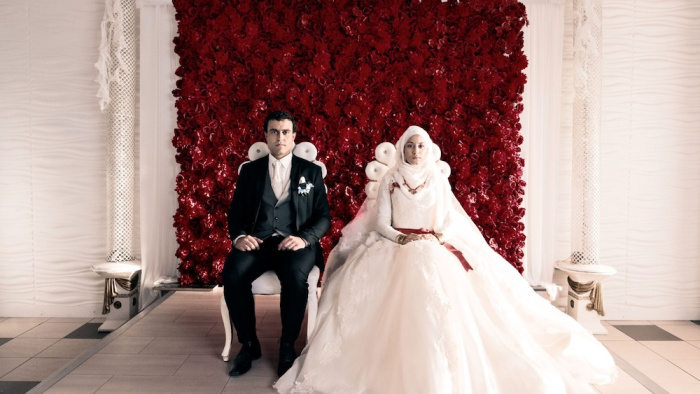 Based on the same real-life “honor killing” that inspired fellow German Feo Aladag’s prize-winning 2010 feature “When We Leave,” Sherry Hormann’s “A Regular Woman” takes a compelling new approach to the contentious 2005 case that shocked Germany: By allowing the murdered woman — a 23-year-old German of Turkish-Kurdish ancestry shot point blank by her youngest brother — to narrate the action both before and after her death, the director (“Desert Flower”) restores the victim’s voice. Further fest screenings and niche arthouse play should follow the film’s Tribeca world premiere.

From a family of strict Sunni Muslims and the oldest daughter of nine siblings, Hatun “Aynur” Sürücü (the likeable Almila Bagriacik, whose first film role was in “When We Leave”) was forced to leave her Kreuzberg school in 1998, age 16, and marry a cousin in Istanbul. In her voiceover, which outlines the expectations assigned to a dutiful daughter, Aynur calls it “a change of owner,” as control over her person shifts from father to husband. Her mother (Meral Perin) repeatedly stresses that family and honor are everything and cautions her to observe tradition and religious rules.

After the pregnant Aynur rebels against her abusive husband and returns to the overcrowded family home in Berlin, her family feels shame and tries to persuade her to return. But when she leaves them, too, taking her child and finding refuge in a home for underage mothers, and subsequently eschews the head scarf and begins to work and enjoy her life, her challenges to male domination and control begin to trigger the conditions for an honor killing, as outlined by the German Federal police.

It briefly looks as if Aynur will find happiness with Tim (Jacob Matschenz), a working-class guy who shares her love of dancing and gets on well with her young son, but the continued harassment from Aynur’s brothers who phone at all hours, spouting abuse (“I’ll kill you, whore”), and other young Turkish-Kurdish men who publicly challenge their relationship, finally scares Tim off. Like “When We Leave,” “A Regular Woman” makes it a tad difficult to understand why Aynur continues to seek the company of the relatives that treat her so vilely, but as Aynur tells her social worker Ms. Beck (Lisa Wendel), sometimes she loves her family and sometimes she hates them. When she eventually informs the police about the threats she is receiving, she learns that they can do nothing unless something happens to her.

Showing events in the aftermath of Aynur’s slaying is another way in which “A Regular Woman” sets itself apart from “When We Leave.” Hormann makes cinematic use of true-crime tropes such as a quick pause for a still photo of each of the many characters with their name emblazoned large and incorporates actual video footage and photos of her main character. Aynur’s voiceover describes how Evin (Lara Aylin Winkler), a young German-Turkish woman, becomes involved with her youngest brother Nuri (Rauand Taleb) and later testifies against him at his trial, something which forces her and her mother into witness protection — where they still are today.

The film also speculates that Aynur’s brothers were encouraged and supported by a radical preacher at their mosque to carry out the honor killing in order to get control of her young son, a claim which could not be proven in court. However, testimony from Aynur’s friends and colleagues prevents her family from getting the boy, who was placed with an unnamed foster family.

Much more accomplished and watchable than Hormann’s previous film about a real-life crime, “3096 Days,” “A Regular Woman” owes much to its fine cast and impeccable technical package. Screenwriter Florian Oeller’s experience with German TV police procedurals such as “Tatort” and “Polizeiruf 110” stand him in good stead as he humanizes and develops his main character while still suspensefully deploying details of the case. Veteran DP Judith Kaufmann (“The Divine Order”) proves herself a master of color and framing, while Bettina Böhler (Christian Petzold’s go-to editor) establishes an unflagging pace that incorporates rapid volleys of still photographs and infuses the film with energy.