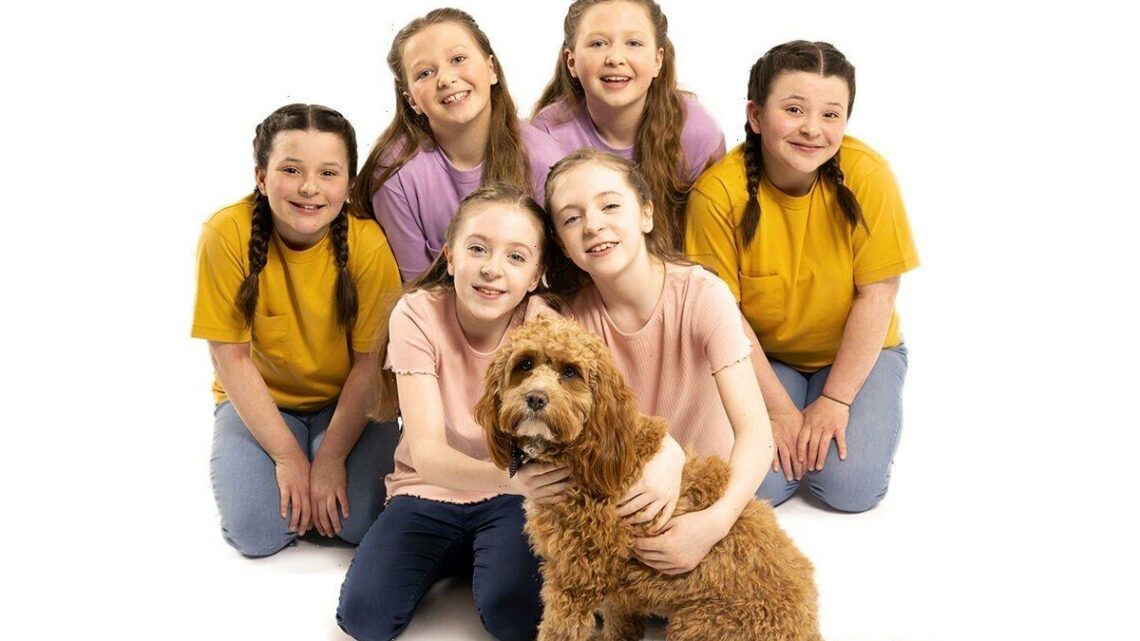 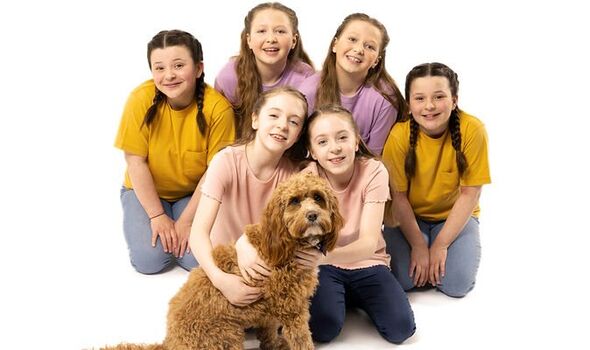 It was inspired by German author Erich Kastner’s book Das Doppelte Lottchen (or The Two Lotties) about identical twins, one brought up by their mother, the other by their father. When the 11-year-olds accidentally meet at summer camp, they hatch a plot to reunite their parents and live together as one big happy family. It’s gloriously emotive material with plenty of potential for hijinks.

The film was remade in 1998 starring Lindsay Lohan in Mills’s dual roles and is now coming to the stage in Sir Trevor’s new show, Identical. It will enjoy a short run in Nottingham and Manchester during the school holidays and then, hopefully, transfer to London’s West End.

So when I drop into a south London rehearsal room to see how it’s shaping up, I can’t shake the feeling that I’m seeing treble.

Six young girls in a state of high anticipation are embarking on the second day of rehearsals for what will be the biggest breaks of their careers.

More than 80 pairs auditioned via Zoom. Now it’s down to the final three sets of identical twins, all of whom will take it in turns to perform in the show.

Among them are Kyla and Nicole Fox, 11, from County Armagh, Northern Ireland. “We couldn’t believe it,” says Kyla.

“We’ll be flying over to England to perform in Nottingham and Manchester. It’s so exciting.”

The twins can usually be identified by their different specs, but for a bit of devilment, they’ve been known to swap glasses. It’s a trick that even fools the rest of
their family.

“And sometimes, if someone asks who I am,” says Nicole, “I’ll say I’m Kyla. We used to dress identically but not any more. Mostly, we don’t muck around much these days.”

Sienna and Savannah Robinson, 12, from Beckenham, Kent, were both cast as Matilda’s classmates in the new film of the same name.

“And I was in a school production of Les Mis,” Sienna chips in.

Along the way, they acquired an agent who put them up for the twin roles in Identical.

The girls’ parents, Samantha and Damon, are not in showbusiness… but there was one performer in the family. “We had an uncle [the late] Bernie Frost, who used to play with the band, Status Quo.”

Like most identical twins, the girls are not above using their similarities to play practical jokes.

“One April Fool’s Day,” says Savannah, “we switched classrooms for the whole day. Some of our classmates realised what had happened but we fooled both teachers. We told them in the end but they weren’t cross. They thought it was funny.”

Sienna is nervous, she admits, at the prospect of performing in a professional production in front of a live audience. “But it’s going to be a great experience and a real adventure.”

By contrast, Emme and Eden Patrick, 12, are seasoned pros. The twins from Waltham Abbey in Essex enrolled at the Sylvia Young Theatre School in London last September.

“When we were little we were in an Asda TV advert,” says Eden. “And six months ago, Emme filmed an advert for T-Mobile in Prague. While she was away, I auditioned for Identical.” Four auditions later and, with the girls performing together via Zoom, they were offered the roles.

Are their parents, Katrina and Daniel, in the business? “They’d like to be,” says Emme, amid much giggling.

They also like to play tricks on family members and none more so than on their uncle, Casey, their dad’s brother-in-law.

“We drive him mad. On one occasion he’d had enough. He got out a Sharpie marker and wrote our names in big black letters on each of our foreheads.”

Their elder sister, Darcey, 14, refers to them generically as Emme.

“She’s tired of working out which of us is which.”

Everyone at school is pleased for them over this big break. “But we’re taught not to be boastful. It’s hard not to be excited, though. And it would be a dream come true if the show transferred to the West End.”

The play is the brainchild of theatrical producer Kenny Wax, 54, whose current shows include The Play That Goes Wrong and Six, a modern musical take on the wives of Henry VIII.

“I quickly realised I’d need not just one set of identical twins for a stage version, but three rotating sets because of the licensing laws governing child labour,” says Kenny.

The team also includes 20 local children for each show.

Before Sir Trevor, 82, came on board as the perhaps surprising choice of director, he made it his business to read the book by Kastner, better known as author of Emil and the Detectives.

“And I was absolutely fascinated by his brilliant story-telling – as well as intrigued by the potency of the post-war Austrian setting,” he explains.

“This is a story that has the potential to make an audience laugh and cry by turn. It’s a wonderful challenge.”

As well as the children, to test his already stretched nerves, there’s also a real-life dog with a critical role in the production.

Identical has songs and lyrics by George Stiles and Anthony Drewe, whose back-catalogue includes the score for stage shows such as Just So, Honk! and Mary Poppins. But Kenny says the production’s underlying themes owe more to the original story than the film script.

“It’s based on Kastner’s altogether darker book set in post-war Vienna rather than the slightly sugary Disney film adaptation set in America. What audiences won’t get is the movie on stage.”

He is insistent the show isn’t, in his words, “a bit of fluff.”

“It comes out of the back of the Second World War with echoes of why and how the family has riven apart under the shadow of the Nazis.”

“That’s why we’re setting it in Austria, an obvious parallel being The Sound of Music. And, like that classic musical, it’s hugely moving; I defy anyone not to shed a tear along the way.”

Sir Trevor, as well known for directing musicals as he is for his years with the Royal Shakespeare Company, recently directed an acclaimed production of Fiddler on the Roof and worked on the inaugural productions of Les Misérables, Cats and Starlight Express. But he still feels the director’s equivalent of stage fright.

“I’ve now directed all 37 of Shakespeare’s 37 plays and I don’t think there was a single occasion when I embarked on any of them with a feeling of confidence,” he admits.

“You’re always consumed by terror, which is, of course, exactly as it should be. Working on Shakespeare and working on Identical are very closely related. In both cases, you’re dealing with rhythmic language, the structure of a lyric, the challenge of making each character appear absolutely believable and true. There’s no distinction between the two.”

So does he think Identical is going to be another hit? He’s not a gambling man, he smiles.

“And who would be at a time when so many projects have been postponed, so many shows are currently queuing up for a London theatre? So it’s a heck of a time to be launching a new piece of work for which you’d love a West End audience. Nobody would gamble on that.”

And yet, Sir Trevor cannot resist adding: “But I think anyone familiar with theatre could have a very rare, very special experience with Identical.”

Identical runs at Nottingham Playhouse from July 26 to August 14, then transfers to The Lowry, Salford, from August 19 to September 3

Fleet Week NYC: What is the meaning of Fleet Week?