Emmy award-winning actor Christina Applegate has been diagnosed with multiple sclerosis, describing her condition as a “tough road”.

“A few months ago I was diagnosed with MS. It’s been a strange journey. But I have been so supported by people that I know who also have this condition. It’s been a tough road. But as we all know, the road keeps going,” she said in a tweet on Tuesday. 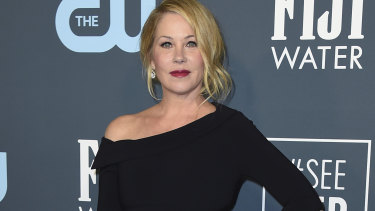 Actor Christina Applegate has revealed she has been diagnosed with multiple Sclerosis.Credit:AP

“As one of my friends that has MS said ‘we wake up and take the indicated action.’ And that’s what I do. So now I ask for privacy. As I go through this thing,” her tweet added.

More than 2.3 million people have a diagnosis of MS worldwide, according to the National Multiple Sclerosis Society.

In 2019 and 2020, Applegate was nominated in the lead actress category again for Dead to Me, which was also nominated for outstanding comedy series.

Applegate, who first gained fame as a child actress in the hit sitcom Married With Children, was diagnosed with breast cancer in 2008 and had a double mastectomy and her ovaries and fallopian tubes were removed.

‘What If…?’ Review: An Enthusiastic Love Letter to the MCU’s Diehard Fans
World News