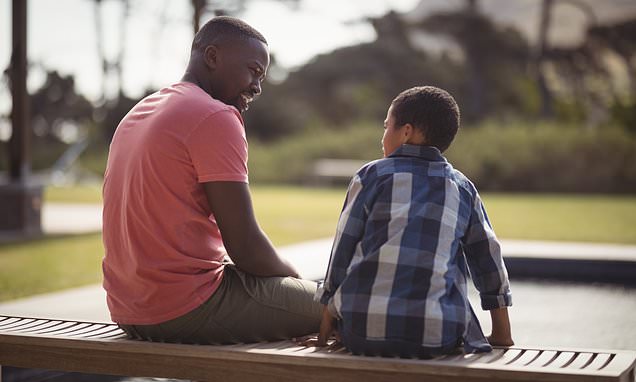 Top tips for talking to your kids about their mental health

How to talk to your CHILDREN about mental health: Bestselling author Matt Haig shares his top tips for parents – including being open about your own struggles

A novelist who was once plagued by crippling anxiety – and turned his brush with suicide into a bestselling book – has shared his tips for parents on talking to children about mental health.

When Matt Haig was in his mid-20s, he struggled with depression and anxiety, and contemplated suicide at his lowest ebb. After fighting his way back from the brink, he went on to turn his experiences into a memoir – Reasons To Stay Alive – that has been widely praised by mental health advocates including Stephen Fry.

Now the author is turning his attention to helping children deal with their struggles in a healthy and productive way.

The Truth Pixie, which started life as a poem Matt wrote to cheer himself up, follows a little girl named Aada as she deals with losing a grandparent and moving house, experiences many kids will relate to.

Over the course of the book, the Truth Pixie is able to teach Aada to accept that life will always have sad parts – but wonderful parts too.

To mark its release, Matt, himself a father of two, has shared his top tips for parents on broaching the topic of mental health with children with FEMAIL…

Scroll down to hear a clip from The Truth Pixie 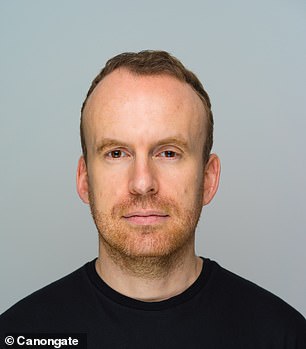 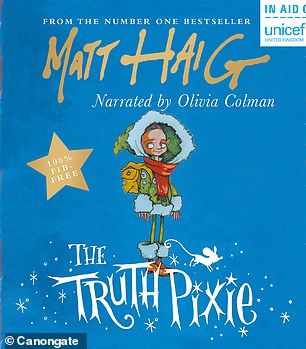 Author Matt Haig, seen left, battled crippling anxiety and depression in his mid-twenties, a struggle he went on to recount in his memoir Reasons to Stay Alive. Now a father-of-two, Matt has written an audiobook called The Truth Pixie, which is narrated by the actress O

Matt Haig on how to talk to children about mental health 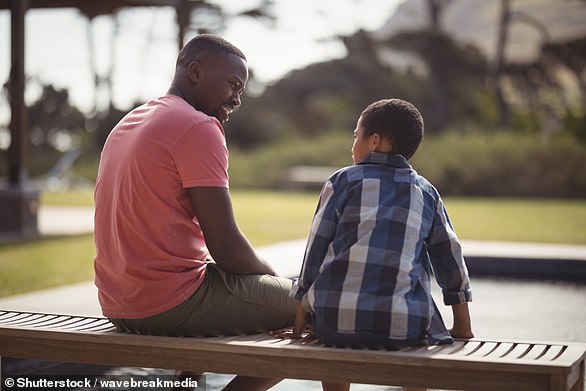 Matt Haig, the author of Notes on a Nervous Planet and a new audiobook narrated by Olivia Colman, The Truth Pixie, has shared his tips on broaching the subject of mental health with your children

Imagine age ratings when talking to your kids about mental health

The way you talk about mental health to a six or seven year old is going to be very different to how you approach a teenager – but that doesn’t mean you have to neglect it entirely.

To approach a younger child about these topics, it may be easier to say things like ‘daddy’s feeling a bit sad at the moment’, or ‘daddy had worries about school at your age’, or even ‘daddy used to be afraid of the dark’.

Your kids are still going to be aware that you do not feel happy all the time, and understand that it’s natural not to, but in a way that doesn’t involve talking about the ins and outs of anxiety disorders and depression.

Matt said: ‘When I’m feeling a bit ill I’ll talk about it as I would a physical illness, and it’s amazing what children can take on board.

‘But at the same time I always have almost like a cinema ratings in my mind, I keep it 12 or a PG certificate rather than a 15 certificate.

‘Just be aware that they may think that they’re old but they’re still very young.’

There’s so much stigma around talking about your mental health, but kids need to understand that there’s no shame in having problems with it.

By talking about your mental health like you would your physical health, your children will realise that things can go wrong with their mind or anyone’s mind.

That way, if your child is having a problem, they’re more likely to come to you about it rather than hide it away because they think nobody else is experiencing the same thing.

Be honest about your own mental health

Talking openly about your problems and how you’re feeling means your kids will too, making it easier for them to deal with bigger issues in the future.

Matt added: ‘Everybody has mental health, and I think children are more likely to open up about their experiences if you’re talking about your own experiences – it’s a contagious thing.’

We all know going outside and taking a break from social media can be great for our mental health, and that conversely spending hours on video games can negatively impact it.

By signposting these triggers and educating children about them, they will be able to make informed decisions about looking after themselves in the future.

Soon enough, making better choices to look after your mind will be as natural as trying to get your five a day.

There’s no denying that social media can be fantastic, but mindlessly scrolling through Instagram for five hours isn’t helping any one.

While these platforms can help people who are struggling talk about their problems, often anonymously, reasonable restrictions are important to consider when it comes to your children.

You can’t control everything they look at, but you can keep an eye on how long they’re on social media, or control the kinds of apps they use.

‘I had a hard time at school sometimes but 4pm was when the school day ended. Now, the school day potentially never ends, they’re always expected to be on social media in some shape or form, or they’re considered weird and an outcast,’ Matt added.

‘I feel like we’re at where [we were with] cigarettes and fast food 50 years ago – where they’ve got some of the facts but people aren’t taking it seriously.’

Father-of-two Matt, who lives in Brighton, said: ‘We often think that children should just have totally happy stories about happy things where nothing goes wrong, but I actually think it’s more of a comfort for a child – and for that matter an adult as well – if they have a character in a situation that isn’t that perfect and happy.

‘If you see someone in a similar situation to yourself who’s actually going through that but… finding a way to cope with it in the story, I think that’s where the comfort is.

‘It’s amazing what you can get across in a way that children won’t even notice, and they won’t feel like they’re being preached to.’

Matt’s book, which he designed to be read out loud, has now been turned into an audiobook narrated by Olivia Colman, with the proceeds of sales going to Unicef UK.

He hopes the book will act as a ‘comfort blanket in book form’ for many – including his own kids – who will read it and take away messages of self acceptance.

Although there are certain things his two children, Lucas, 10, and Pearl, 9, are too young to understand, Matt said he regularly talks to his kids about his own issues, in the hope that it will help them in the future. 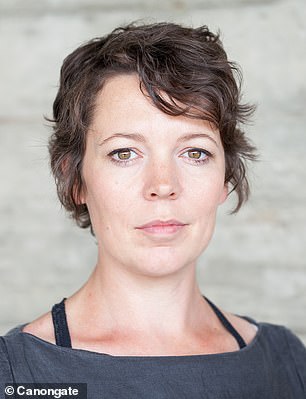 Proceeds from the audiobook version of the book, narrated by Olivia Colman, will go to Unicef UK

He added: ‘They’re aware that I went through a really rough time in my twenties and they’ve heard me talk about [depression], but I think hopefully there’s a comfort in it because my story is essentially one of survival.

‘I just hope that – God forbid should they go through anything similar in their life – they will at least know that I felt that and I survived that, and I then knew lots and lots of happiness and great things in life despite it, and in some ways even because of it.’

In his darkest moments, Matt has said he felt totally alone and believed no one else in his family had experienced something similar – only later discovering that his mother had experienced post-natal depression.

He believes if he had known more about it, it could have been comforting to him, which is why he is now encouraging others to speak out about their own problems.

The audiobook of Matt Haig’s The Truth Pixie read by Olivia Colman is released through Audible on 4 December, and available to pre-order now.

The Truth Pixie is also available in hardback (£9.99, Canongate)

The Honest Trailer For Elf Proves Just How Similar Buddy Is to the Joker — Yes, Seriously!