Home » Lifestyle » Too Cute! Kylie Was ‘Having a Good Time’ During Travis’ Performance 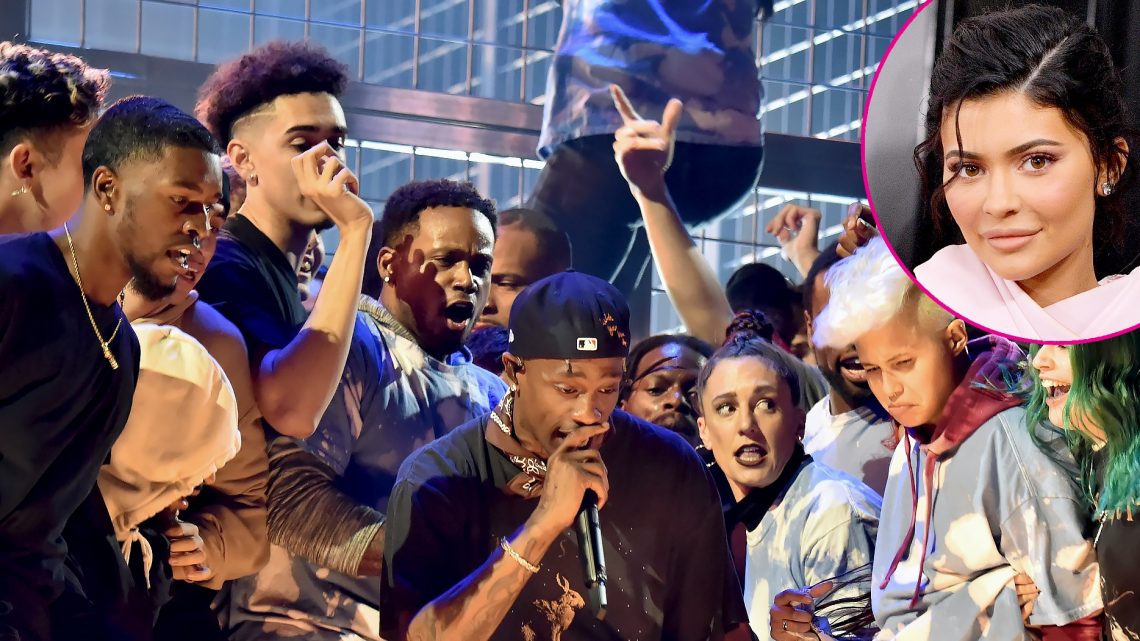 Too Cute! Kylie Was ‘Having a Good Time’ During Travis’ Performance

Proud of her man! Fans may not have seen Kylie Jenner while her boyfriend, Travis Scott, took the stage at the 2019 Grammys on Sunday, February 10, but an onlooker tells Us Weekly that the lip kit mogul was very enamored by the rapper’s performance.

“Kylie was standing up and swaying during Travis’ performance and looked like she was in a really chill mood,” the onlooker explains, noting the 21-year-old appeared to be “having a good time.”

Scott, 26, performed two songs with Philip Bailey and James Blake from his Grammy-nominated album Astroworld — “Stop Trying To Be God” and “No Bystanders.” The cameras failed to pan to Jenner during the musician’s performance, which included Scott jumping off a steel cage and crowd-surfing.

The couple did, however, walk the red carpet together at the 61st annual Grammy Awards. The Keeping Up With the Kardashians star and the “Sicko Mode” rapper, who share 12-month-old daughter Stormi, packed on the PDA as they posed for photos. The duo were also spotted holding hands as they arrived at the Staples Center in Los Angeles and shared a sweet kiss before the show.

Scott performed at Clive Davis’ pre-Grammys party at The Beverly Hilton on Saturday, February 9. After his set, he gave the Kylie Cosmetics CEO a shoutout, telling the crowd, “Yo, Kylie, I love you and Stormi so much.”

Earlier on Saturday, the twosome threw Stormi her first birthday party and transformed their home into a carnival, complete with rides, cotton candy and a giant blow-up of their baby girl’s face.

“How did i get so lucky to have such a sweet, smart, happy baby,” Jenner captioned a birthday tribute to Stormi on February 1 via Instagram. “I just couldn’t have dreamt you up, storm. I wish you could stay this little forever and i could protect that contagious smile and laugh of yours. I know you won’t remember much about the first year of your life but i pray that you’ll never forget to keep sharing your joy and laughter with the world. My love grows for you a thousand miles a minute. Every day with you is the best day of my life. Happy birthday to my angel on earth.”

Jenner and Scott were first linked in April 2017.

CategoryLifestyle
TagsA Cute having Kylie too Was