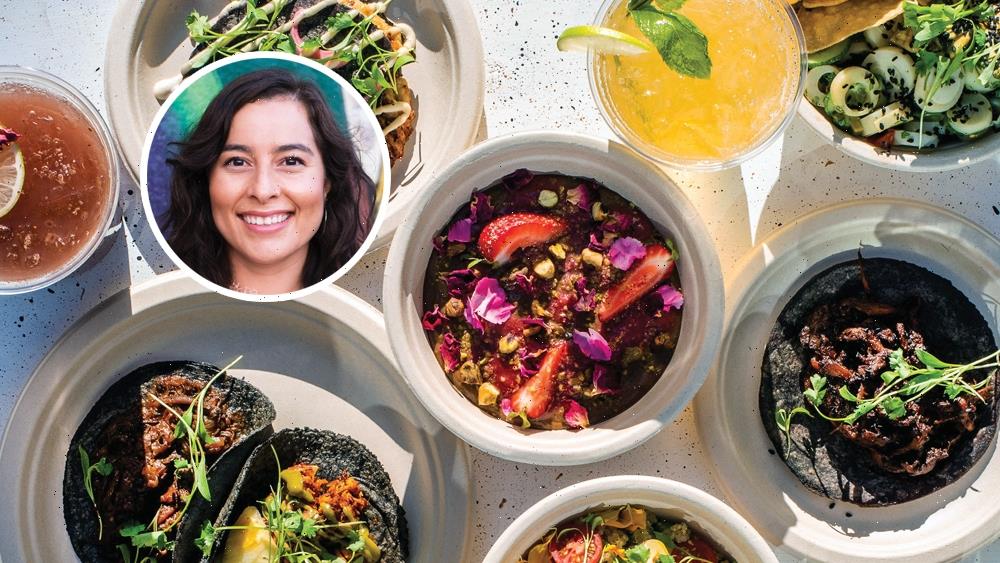 With outdoor performances just about the only saving grace this summer, two of L.A.’s top venues are taking different but delicious approaches to feeding music lovers. At The Ford theater, where upcoming shows include Rodrigo y Gabriela and Patti Smith with Jackson Smith and Tony Shanahan, Jocelyn Ramirez recently introduced Todo Verde, featuring plant-based Mexican dishes. Ramirez says even confirmed carnivores have told her, “I expected to hate it, but I really loved it!”

The Todo Verde at the Terrace menu offers tacos filled with mushroom and mole or jackfruit carnitas, ceviche made with hearts of palm and drinks like the strawberry rose agua fresca, which can be spiked with corn-based Mexican vodka. Ramirez’s favorite is the “nourishing but delicious” mulita. Similar to a quesadilla, it’s made with homemade cashew-based cheese, chorizo made with mushroom, tempeh and tofu and pickled red onions. Pickup and delivery are available for those not attending concerts.

After starting her career in higher education, Ramirez grew Todo Verde out of the agua fresca stand she started at Smorgasburg, the weekly Downtown L.A. food fair that showcases dozens of the city’s most diverse and creative food artisans. A series of health issues among her family members led her to develop plant-based recipes that would preserve all the flavor of their favorite Mexican dishes. “I was looking at looking at plant-based cuisines that still felt cultural as a means for reclaiming our health, something that’s going to keep us well,” she notes.

Ramirez is also curating the selections for the Ford’s grab-and-go Marketplace, which includes selections including meatier choices, from L.A. favorites like Seoul Sausage, Bridgetown Roti and George’s burger burritos. She hopes to open a brick-and-mortar restaurant soon, but in addition to the Ford, Ramirez has been contributing recipes to the New York Times, with vibrant dishes like grilled mushroom skewers in red chile paste.

Over at the Hollywood Bowl, diners who miss Lucques restaurant can try Suzanne Goin’s summer menu for box seat holders includes selections like torchio pasta with garlic breadcrumbs and tomato and watermelon salad with ricotta salata, or make it simple with a BBQ in your box for two ($120). The Pool Circle prix fixe meal ($75 per person) offers a choice of grilled sea bass, chicken paillard or grilled veal chop. Save time before the show to stop by Ann’s Wine Bar, where Caroline Styne has curated a selection of old and new-world wines inspired by A.O.C.

Mihir Lad — who is a rocket scientist by day — and partner and chef Sagar Ghosh have debuted Arth Bar + Kitchen, a modern Indian spot with patio seating in the heart of Culver City. Look for an inventive spin on classics including Cornish Hen Tikka Masala and the can’t-miss green chutney, gravy and mayo-topped Sexy Fries, paired with cocktails such as the kaffir leaf-infused Arth Fizz. 9531 Culver Blvd., Culver City

Issima has opened poolside at the Kimpton La Peer Hotel in West Hollywood, and will later take over the interior spot that housed Viale dei Romani. The team behind Olivetta and the Draycott is emphasizing raw seafood, small plates and housemade pasta. 627 N. La Peer Dr., West Hollywood