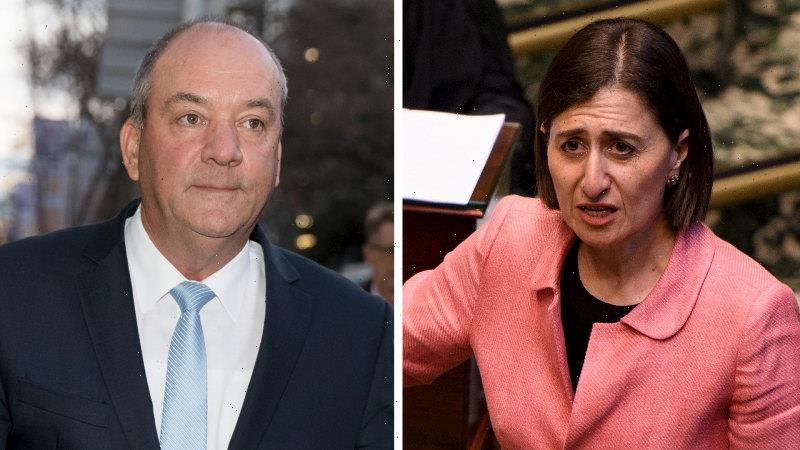 Timeline of a secret relationship that brought down a premier

MARCH 2015: Then transport minister Gladys Berejiklian and parliamentary secretary and Wagga Wagga MP Daryl Maguire begin a secret “close personal relationship” around the time of the NSW election. Maguire was separated from his wife. 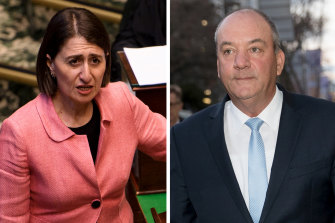 AUGUST 2017: Berejiklian tells Maguire she would like him to quit Parliament at the 2019 election so they can go public about their relationship. Berejiklian says Maguire also wanted that.

SEPTEMBER 7, 2017: Berejiklian is heard in a telephone intercept played at the ICAC saying she “didn’t need to know about that bit” as Maguire discusses his financial interests at Badgerys Creek Airport, and a land deal which would net him a large windfall. A day earlier, Maguire texted Berejiklian that “we clinched the land deal”.

NOVEMBER 2017: Louise Waterhouse, a western Sydney landowner, twice emailed Berejiklian after being given her private address by Maguire. She requested help with rezoning changes around Badgerys Creek Airport that would benefit a parcel of her land. Berejiklian did not respond.

JULY 13, 2018: Maguire appears before the ICAC, with evidence heard that he sought payments to help broker deals for property developers.

AUGUST 3, 2018: Maguire resigns from the Berejiklian government at the behest of Berejiklian and other frontbenchers, with Berejiklian saying she is “pleased” and “relieved” but privately she remains in contact with Maguire.

SEPTEMBER 13, 2020: Berejiklian cuts off all contact with Maguire and agrees to support an ICAC inquiry into his business interests.

OCTOBER 14, 2020: An internal investigation is launched into how confidential transcripts containing sensitive details of the relationship between Berejiklian and Maguire were accidentally leaked by the state’s corruption watchdog.

OCTOBER 16, 2020: Maguire tells ICAC he regularly refrained from telling Ms Berejiklian “too much detail” when they were in a relationship and agreed with her in a 2017 phone call when she said, “I don’t need to know that bit.”

OCTOBER 21, 2020: Senior advisers from the Premier’s office called before a parliamentary inquiry to explain why the NSW Premier handed out $250 million in council grants without signed paperwork.

OCTOBER 23, 2020: Berejiklian gives Maguire’s Wagga Wagga electorate six grants totalling $40,000 from her discretionary fund – the inquiry that one of her advisers shredded the documents showing the Premier’s approval of projects under another scheme.

NOVEMBER 12, 2020: The NSW upper house votes to refer Berejiklian to the corruption watchdog for failing to report her relationship with Maguire.

DECEMBER 3, 2020: It is reported that Berejiklian oversaw a fund that set aside $5.5 million for a project championed by Maguire and that he allegedly later tried to profit from.

DECEMBER 28, 2020: Maguire referred to ICAC by One Nation leader Mark Latham for not getting approval to travel from Berejiklian while he was in a secret relationship with her.

MARCH 4, 2021: Premier denies any wrongdoing over a meeting she held with her then lover Maguire about a highway that was more than 100 kilometres from his electorate but ran alongside an investment property he had just purchased.

MARCH 22, 2021: ICAC refers Maguire to the NSW Director of Public Prosecutions for possible charges following final report on an inquiry into the conduct of councillors and staff at a council in Sydney’s west between 2014 to 2016.

JUNE 19, 2021: Berejiklian is dating high-profile barrister Arthur Moses, SC, the lawyer who represented her at a corruption hearing into her former boyfriend Maguire.

OCTOBER 1, 2021: The ICAC announces an inquiry into the relationship, triggering the resignation of Berejiklian as premier and an MP.