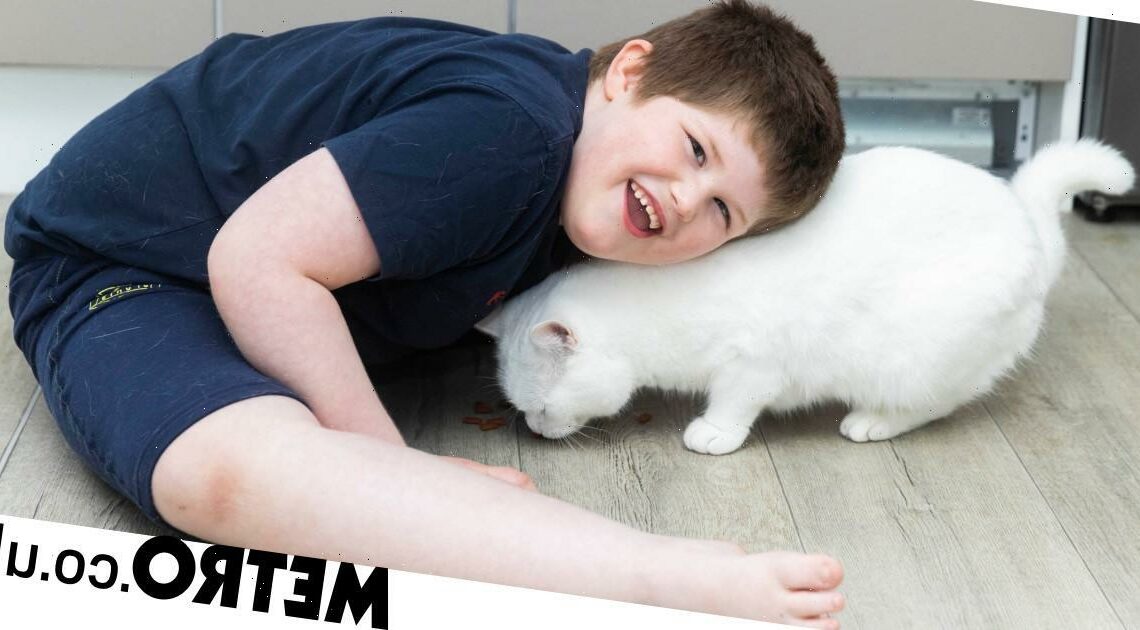 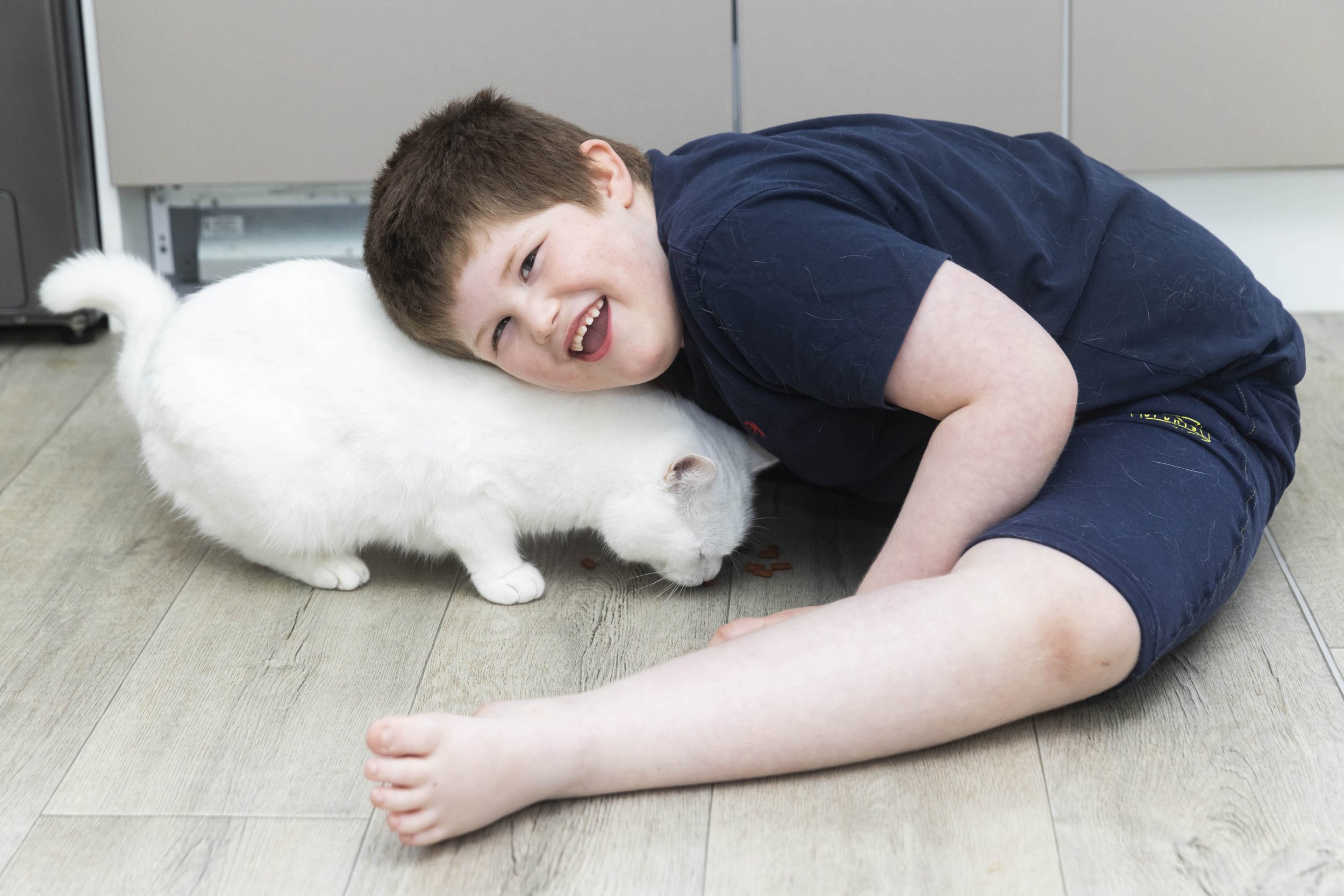 A sweet cat who helps a six-year-old boy cope with severe learning difficulties has been crowned the winner of this year’s National Cat Awards, held by charity Cats Protection.

Minty, from Holywell, Wales, beat hundreds of other entries to the top spot due to his ‘special bond’ with owner Connor Raven.

Nine-year-old Minty was recognised by Cats Protection for the support he gives Connor, who has severe learning difficulties and a range of medical conditions, including ataxic cerebral palsy.

The cat, who only has three legs following a road accident, helps Connor cope with daily life, from keeping him settled at meal times to providing a calming presence at bedtime.

Despite his missing leg, Minty has even helped Connor learn to climb the stairs.

Connor’s mother, Siobhan Cobb, said: ‘I’m over the moon that Minty has been recognised for the special cat that he is.

‘He is a huge part of our family unit and it is lovely to share the unique bond the boys have.

‘Minty demonstrates how clever, affectionate and dependable cats can be. We can always rely on him to make everything better, and he is the best friend that Connor needs and deserves.’

Siobhan believes Minty’s spirit in the face of adversity may have spurred Connor on to enjoy life more, saying: ‘Together, they are unstoppable, whatever comes their way. Minty’s a really inspirational cat and we love him to bits.’

Along with Minty, the other three finalists included rescue cat Mikey, who helped his owner cope after her baby was stillborn; Penelope Farthing, who can sense when her owner is about to have a seizure; and Boris, who recovered from his own injuries to be a companion to 80-year-old Alex Tullis.

The winner was chosen by a panel of celebrity judges, including comedian Russell Kane, who backed Minty for the top spot.

‘For me, Minty’s story drives forward the argument that cats are wonderful creatures, not just for them being furry and being stroked, but for the emotional benefits, the teaching benefits and the assistance they can bring to people’s lives.’